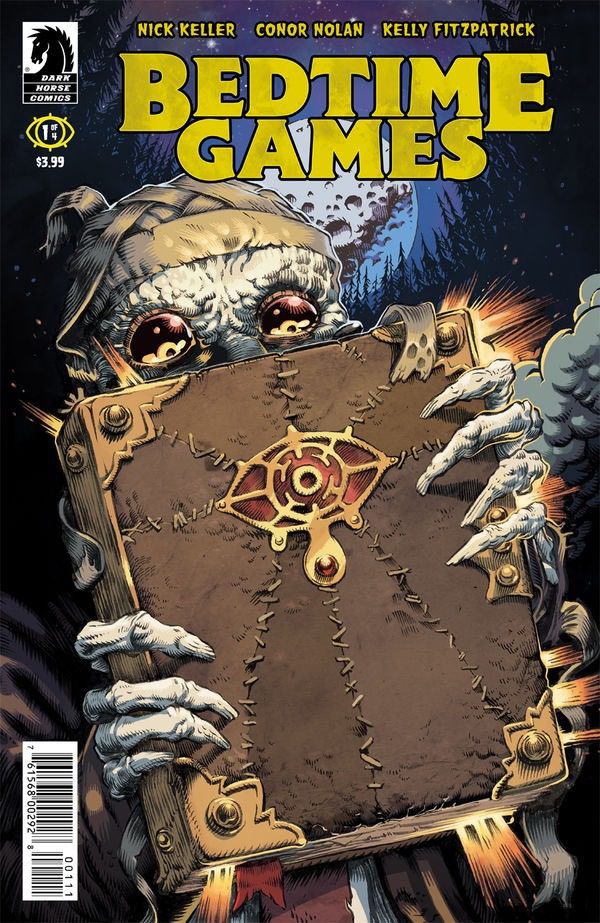 Bedtime Games is a new horror mini-series brought to us by Nick Keller and it definitely gives you that Stephen King’s IT vibe. The story drops us with a group of high school teenagers that are trying to enjoy the last bit of summer before their senior year. We see Jamie who seems to be the trouble maker of the group, Ave who is the newer girl that moved to this small town that has a kind heart but a tough attitude, and then you have Owen who is the one that is more focused on his school work and is a bit more hesitant when it comes to breaking any rules.

The first issue does a fine job introducing the three and even gives us some small bits about what’s going on their lives currently and in the past. They all have had something difficulties to push through and it seems to them being together is what’s helping them continue on in life. Ave definitely gets the most build in her backstory but she also has the most tragic event to move on from. The supernatural bit of the story doesn’t come into play until the end of the issue but it was definitely important to let us know who were going on this journey with and you learn to care for all three of them and are left wondering what exactly it is that is setting out to haunt them and wonder if they’ll be able to fight it back.

The art team brings in a style that’ll be familiar for anyone that have read horror series before and what I like the most out of here is that it’s got a lot of bright colors. Most of the pages have the kids out in the sun and events are occurring during the daytime but because of their past and what they’re trying to do currently, you just have that small sense of feeling uncomfortable and you’re just waiting for something to go wrong. The panel layouts are very simple, nothing really too extravagant here or stylistic with it. The lettering also comes off pretty standard in its layout but what really drive this issue are the characters and they are what will make you want to continue on in the next issue. Horror fans should definitely give this a go and if you’re looking for something a bit different then the action and superhero genre, I would definitely say pick this up as you may find yourself really enjoying it as much as I did.