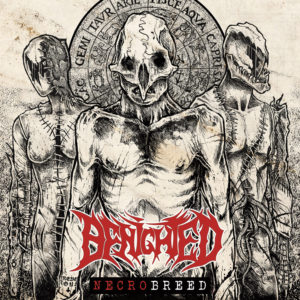 Regarding the album release, BENIGHTED vocalist Julien Truchan comments: “Finally! It was hard to remain patient while eagerly waiting to unleash our new piece of madness, ‘Necrobreed’. We are so proud of this album, which contains the most intense and deranged tracks that we have ever made! Such brutal songs as ‘Reptilian’, ‘Forgive Me Father’, ‘Reeks of Darkened Zoopsia‘… shall set the world on fire. Be most welcome to our story of a twisted schizophrenic and his morbid way to build a family. Enjoy the sickness! Let’s get contaminated and spread the disease!”

Have you seen this:
‘Stranger Things’ Season 4: Announcement Coming Soon

*Exclusive to the limited edition Digibox