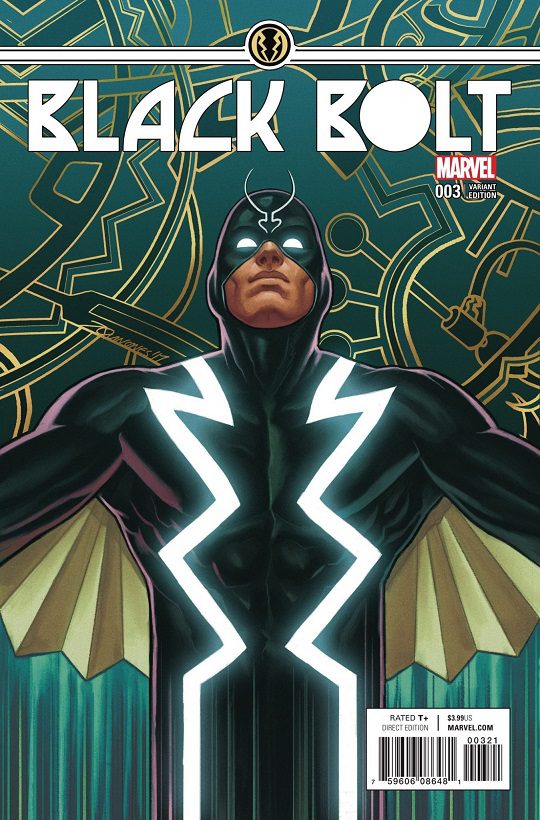 Issue #2 left Black Bolt gleaming at what could potentially be his salvation from this hellacious place of death and torture he finds himself imprisoned in. Going into issue #3 I knew it would not be that simple but what I did not foresee were the emotional attachments that had seeped their way into my psyche and in this issue that came to the forefront of the story. To behold the well-crafted interactions with Black Bolt and his motley crew brought tremendous heart to this deep space jailbreak. The complexities of Blackagar’s predicament only expand as his relationship with his fellow prison mates grow and that is perfectly fleshed out in this issue. Black Bolt the protector, the compassionate but always and first the dutiful king, even far away from his kingdom he answers the call of his regality, even with no inhuman in sight these are his people. It feels as though Black Bolt has accepted Blink, Raava, Absorbing Man and Metal Master into his family either by necessity or more likely out of empathy. Knowing that they have endured this living, unyielding hell longer than he and yet their will to be free remains unbroken, they still have hope and now that hope hinges on him.

Through Ahmed’s brilliant balance of struggle, failure, and glimpses of hope their energy pours from the pages. The psychedelic palette of 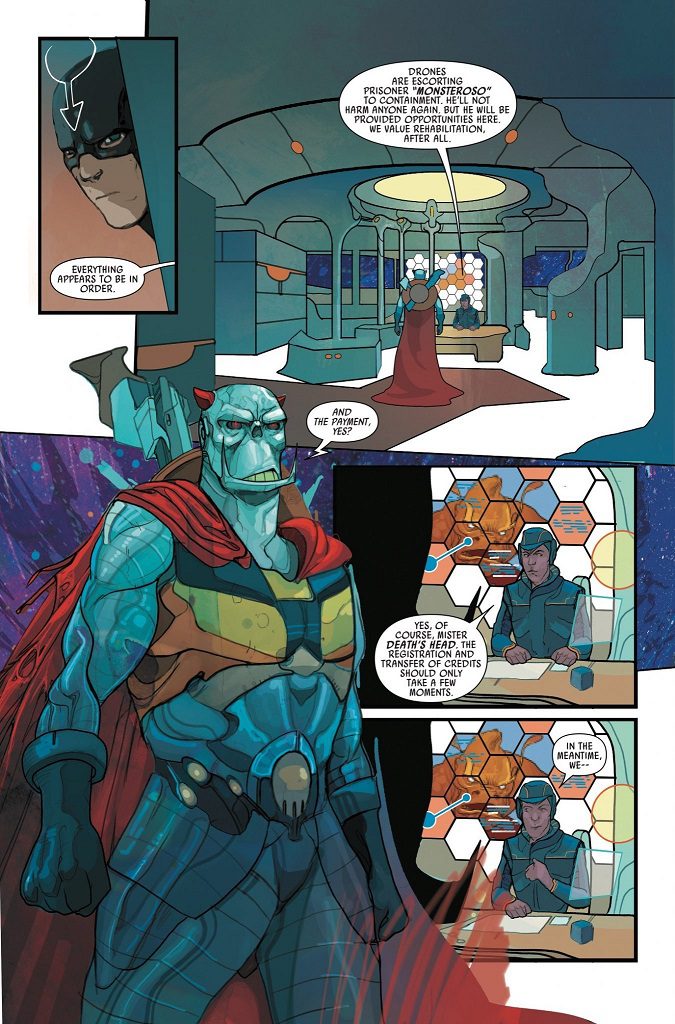 Christian Ward serves this energy wonderfully by creating a dreamscape within the prison. A dream to some and a nightmare to others exhibited by the fluctuations of color to the mental anguish of the prisoners within. Black Bolt’s reluctance to kill even after being killed numerous times himself shows he will not allow this jailer, this place to strip him of his regal bearing. Those that he has thrown in with show their mettle as well and this place have not robbed them of their sense of morality or vigor to return to their lives or whatever remains of them. No one better epitomizes that than Blinky, the hugging moral compass of this crew whose 3rd eye could hold the key to escape. It is he that helps the rest to understand that in their attempt to escape their sadistic jailer and his house of horrors they must take care to not become that which they seek to destroy.

Even as freedom seems within their grasp with their newly restored powers Ahmed makes it clear that power alone will not free them from this place of nightmares and theirs is still a long way from over. Saladin Ahmed has the feel of an Olympic marathon runner that is just getting stronger and stronger with every mile as his mastery grows with every issue. I’m not sure what that means for Blackagar and his new family going forward but we the people are loving every step and every mile.