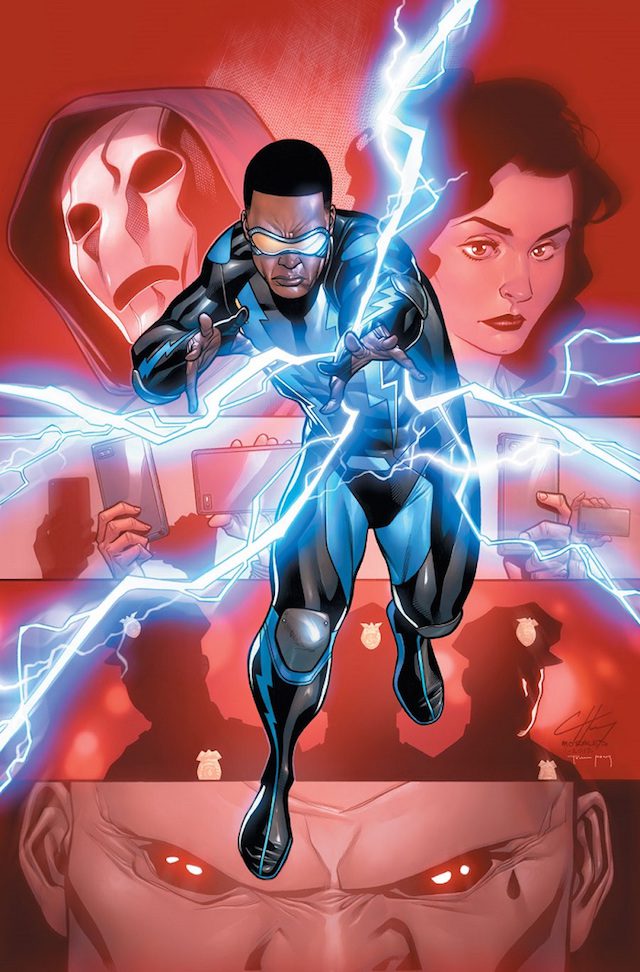 “Part One: Ready to Do it All Over”

A local gang has been robbing small locations for a while until they decide to move up to knocking over a casino. They’re using highly advanced weapons to commit these crimes and the police are almost powerless to stop them. Unfortunately for them, Black Lightning isn’t. As he steps in to stop the bad guys, they manage to escape by causing destruction that Black Lightning needs to stop in order to save innocent bystanders. A gesture that doesn’t get the kind of reaction from law enforcement that it deserves. Jefferson Pierce is lamenting his inability to get some time to relax in his civilian life as the man who has been supplying the weapons to the streets has a confrontation with family.

At a party to honor his late father, Jefferson listens to the people around him talk about how dangerous the city has gotten and their thoughts on the return of Black Lightning. As the Weathermen return to the Casino they robbed and demand Black Lightning, Jefferson leaves the party along with his friend Detective Covalito, who knows his secret. As SWAT and the detective close off the scene, Jefferson does his best to help out the officers on the scene. As he and the police verbally clash, events are set in motion that could cost Black Lightning more than he bargained for.

Have you seen this:
Nightwing #82 (REVIEW) 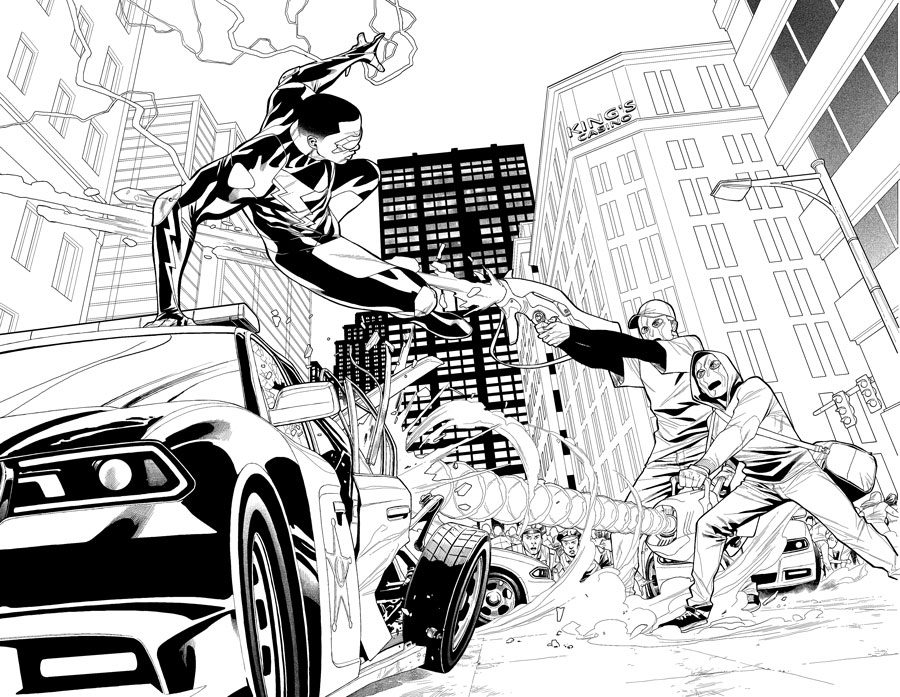 I enjoyed this first issue. There were moments that were a little too over the top, specifically with the SWAT officers, but I understand the sentiment that the writer was making. The story works overall because it reflects the culture and the times we live in, especially with social media and how perception shapes reality. It’s interesting that out of the gate, the villain of the story has managed to tap into that so successfully. The art is great as well with many of the panels framed in a way to emphasize the members of the supporting cast as well as the hero himself. A good intro that I would like to see move forward.