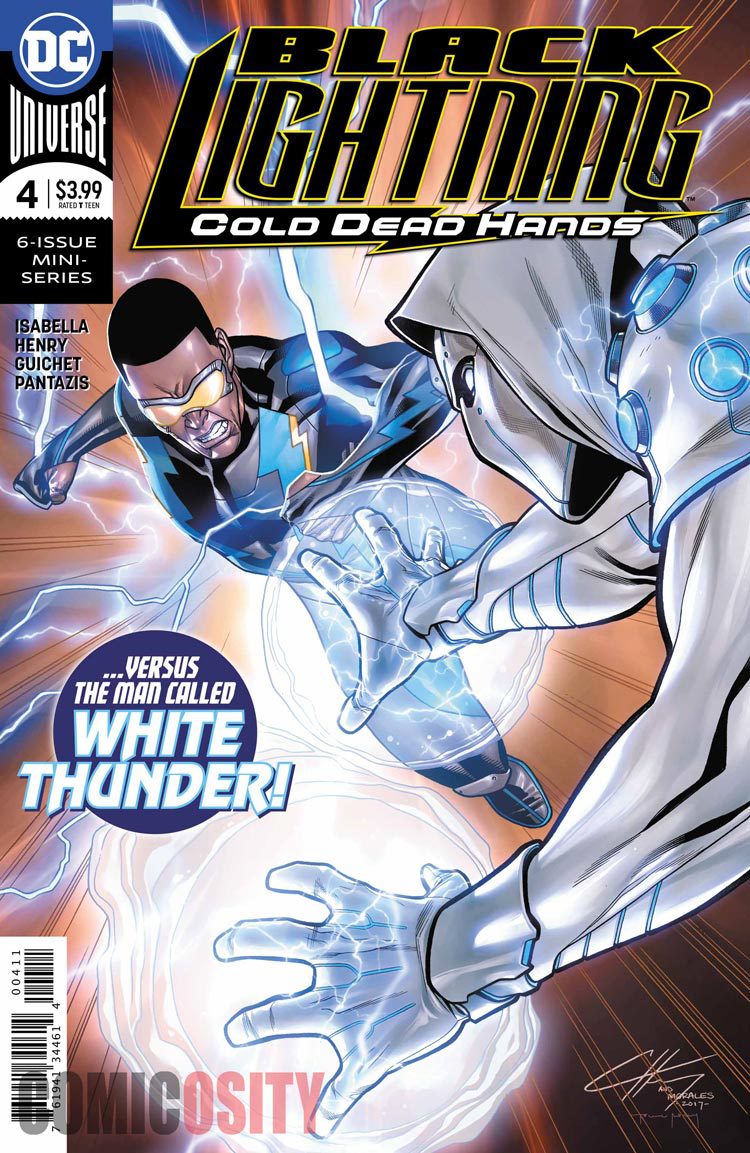 Jefferson Pierce is trying his best to protect the citizens in his city and in this new issue of Black Lightning, it’s a no holds barred as Black Lightning works with the police in a shootout against White Thunder and his gang. It’s complete chaos in the streets as this gunfight continues on from the last issue and it’s very thrilling. The police realize the situation may be even too big for them and are more than welcoming Jefferson’s assistance here as two kids are here and the last thing anyone needs right now is dead children after everything else that has happened recently. The run is also proving that Black Lightning deserves an ongoing run beyond this 6-issue mini as he showcases his powers against White Thunder, one, in particular, may remind a lot of Dragonball fans a move called a solar flare. When you see it, you’ll know what I’m talking about. 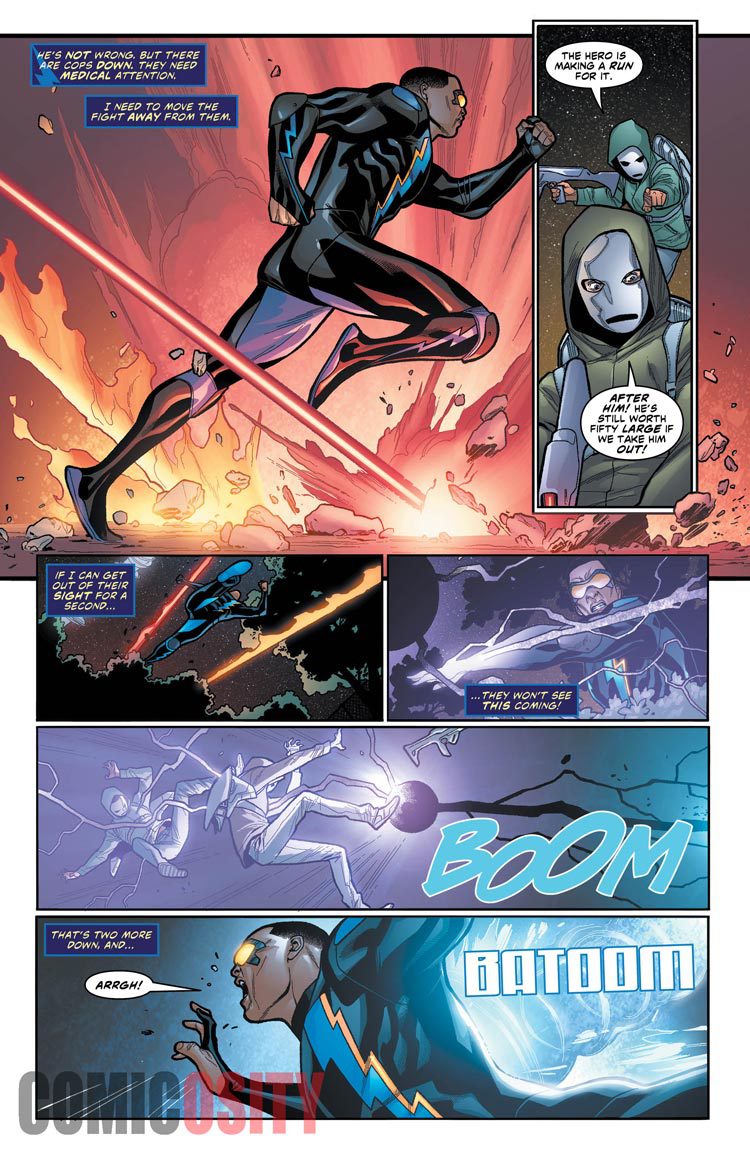 Thunder doesn’t escape from the scene. I’m glad they also mentioned how since he literally shoots lightning out of his hands that the gang members flying above would not be able to dodge a shot from something that moves fast like lightning. Humor in comic books is also something that needs to be handled well without taking too much weight off of whatever the current situation is and Detective Simms lands probably one of my favorite pop culture reference jokes. Sure, these kinds of jokes can date a comic but I feel the choice was right and given her personal preferences in life, the reply from others around her make it even better.

I’m not sure if I ever talked much about our actual main villains in past reviews, but Tobias and his lovely assistant Miss Pequod are absolutely great. I love how Pequod is a very hands-on kind of person and Tobias is shown to be very intelligent in how he runs his operation. Seeing how after his hired worker was unable to meet his request, Tobias doesn’t do the typical thing of ignoring the result or try to hire someone else. He decides to go after Black Lightning himself and I like a head villain who doesn’t want to waste time to fix his bad situation. Hopefully, the next issue will show us what Tobias can bring to Black Lightning as earlier on he shows why he and Miss Pequod run the city.