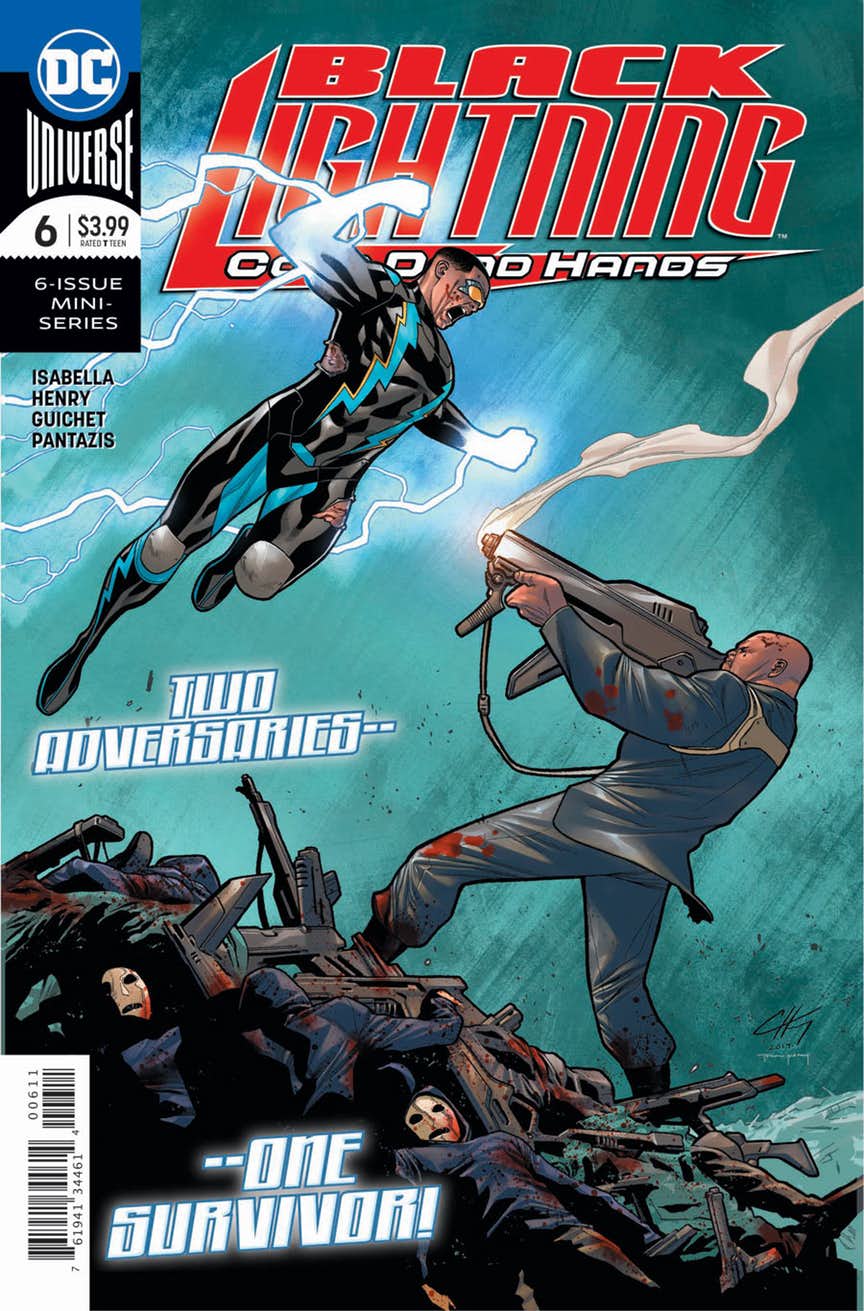 Black Lightning #6 is the end of the mini-run that brought us a new adventure with Jefferson as he fights to protect his hometown from new high-tech weapons and an old foe named Tobias. With the last issue leaving Black Lightning nearly beaten by Tobias. This issue focuses less on the fighting and shows how smart Jefferson is when it comes to winning without always needing to throw punches. While I was at first disappointed with how quick the fight had ended, I was enjoying it more and more as Jefferson explains to Tobias how he is beating him. Not just with their fight in the warehouse, but also tearing down his business and taking back the streets of his home. With many stories where the heroes come out on top through physical fights, especially with Black Lightning being back and making his presence known. It was great to see the scholar side of him and planning everything out which helps builds that believability when you see him as a school principal.

We do get closure on a couple of the stories that occurred throughout this run. It does leave a few things open showing that Black Lightning isn’t nearly finished with what he has to do given the state of certain political topics that are still ongoing. But you’ll feel that Jefferson is really finding himself whole again being back as Black Lightning as continues to clean up the streets from gang violence. This run is also mirroring some of its topics from certain real life situations that we’ve all seen on the news lately or have dealt with personally. This is something that shouldn’t be ignored and I think Isabella did a fine job of trying to show how both sides of these situations can help to improve so certain occurrences don’t happen again. It’s also about never being afraid fighting when you know that wrong actions seem to get ignored and it’s up to us to work on making improvements instead of walking with a blind eye.

Have you seen this:
'Gunpowder milkshake' (review)

Looking back you can see Jefferson isn’t just teaching the kids at his school, but also the readers of this series. He shows that every situation needs to be handled with careful thought and know when and how to fight it. His adventure may be over for now but there are plenty of lessons that Jefferson can still teach as he paves the way towards a brighter future in his city.