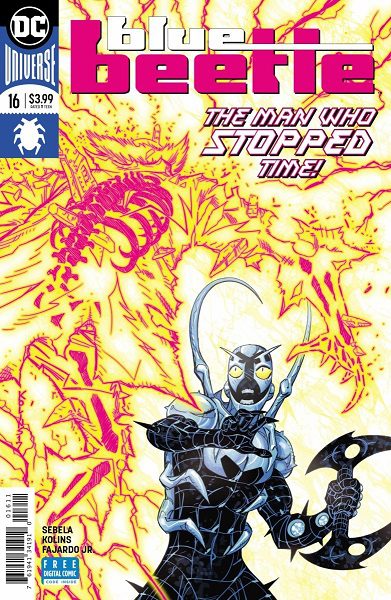 Jamie and his friends have been out on a road trip, a great way to catch up and just unwind. Of course in classic comic fashion, the group are attacked by aliens. It turns out the aliens are the members of a creepy town they visited, turning from old to young each night.

The town looks destroyed as its lunging through time. The locals are still claiming this is part of the experiment and that Jamie and his friends should not be here.  The town bursts into an A-bomb, but it doesn’t affect the kids as it appears to be a flicker of an older time in history. Jamie turns to find his best friends kissing. This leads to an argument as Jamie is mad they didn’t tell him. He storms off and goes full Beetle looking to punch away his pain. 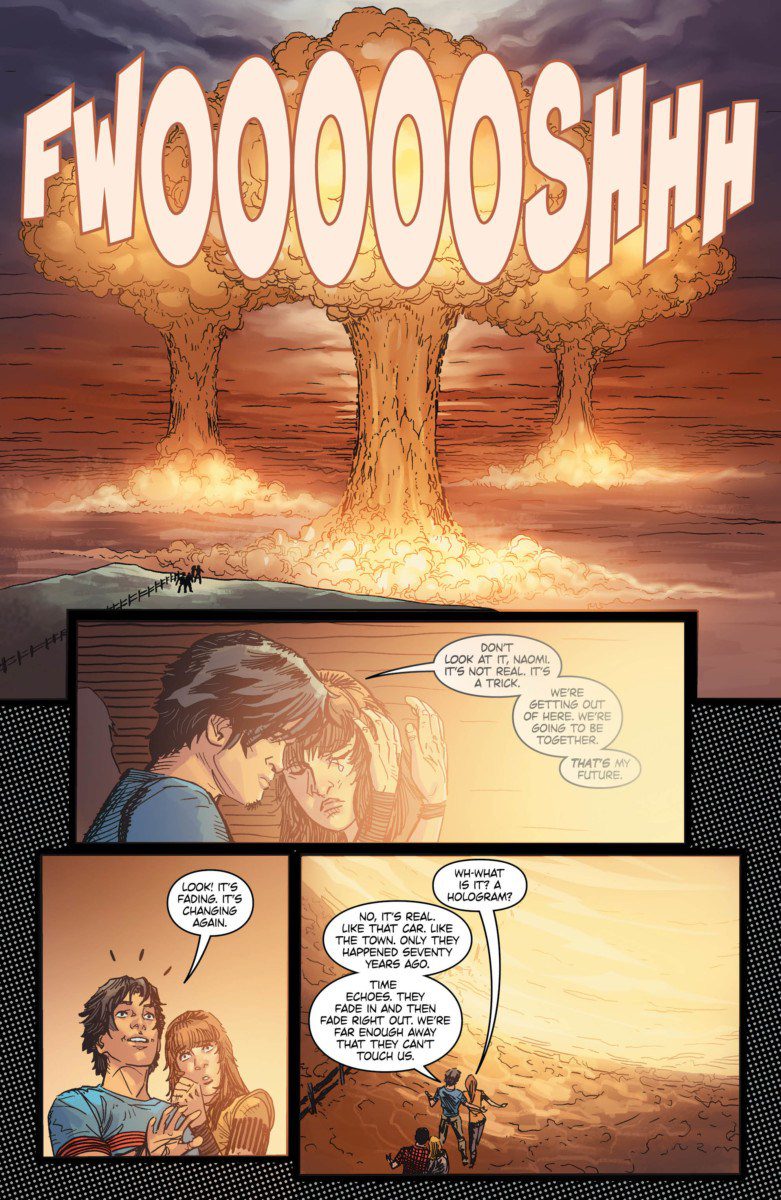 Jamie busts inside the time mansion of the guy running the experiments. Inside he see’s dead bodies littering the floor. Each one in different states of decay. A man named “Stopwatch” shows up and says Jamies next to join the town. The two fight for a bit, stopwatch stops the fight and lets Jaime know they are waiting on his friends. While they wait, he gives him his story and how he became a living time machine. IT turns out stopwatch keeps dying, he built the town and started the experiments to help learn why now he needs Jamie’s help.

The road trip arc hasn’t been my favorite, the story feels like filler while DC is deciding if they want to cancel the series like the new 52 version. The art has been good and in line with the rest of the issues. The story is interesting but doesn’t save the book. I love the current series but this has not quite lived up to the rest of the series.