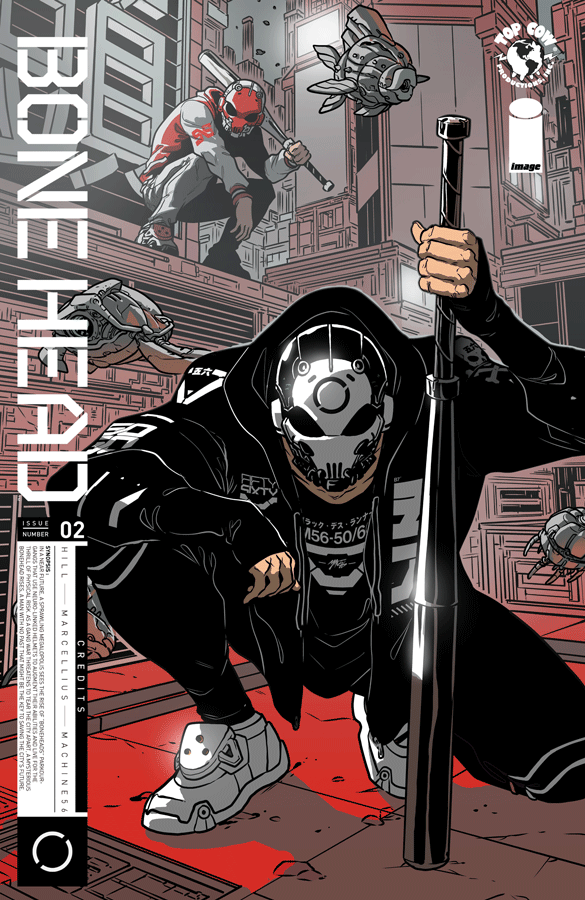 Bonehead issue 2 continues building its world and this cyberpunk setting. We learn some new information about our main character named “56” and the scientist he works with. More importantly though, we get a brief dive into Aleph the scientist and his relations with the police officer Gladiator 32 that was chasing 56. I really enjoy the setup with these two because we are seeing both good men who are fighting for the same reasons but on different sides of the law. Right now Aleph isn’t doing anything that would potentially hurt innocents but feels because of how the police work, or lack thereof that he needs to do things his way so that he can bring peace to the city. Where Gladiator 32 gives his side of the argument on how he tried approaching things different before joining the police force, believing he can make a change from the inside for the better of the city. 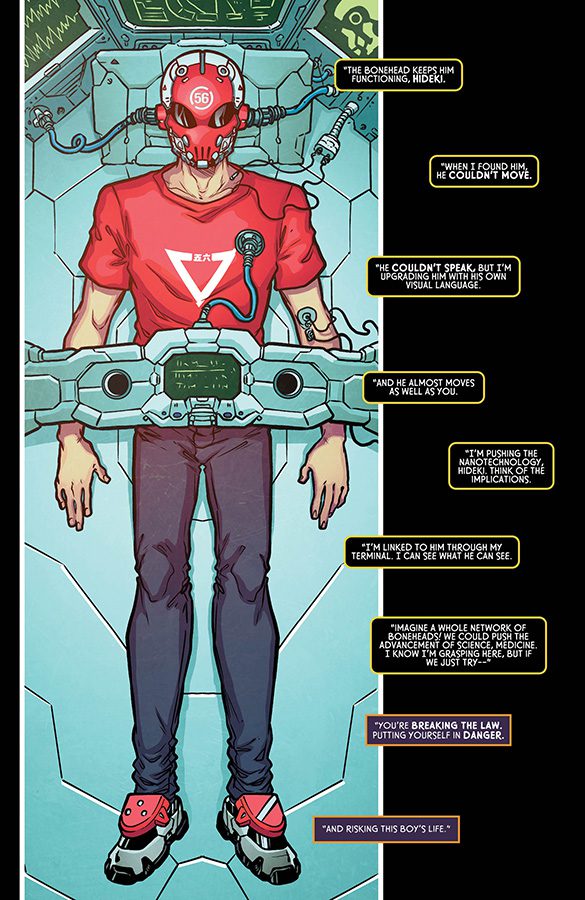 The best part of this setup is how neither side is completely in the wrong or right given the situations at hand and ahead of them are going to be some major challenges and I wonder how their relationship will be tested at that point. We really don’t get a lot out of 56 in this issue, we just have him have another run in with Pumpkinjuice. I have to say that I really like this guy’s enthusiasm. You can feel how excited he is just trying to keep up with 56, keeps mentioning how he moves like a guy name Blackdeath. It’s obvious that he wants to learn more about him but we don’t know why. We also learn about a new type of drug that is being distributed out into a district of the city and Gladiator 32 is having some struggle about how the situation is being handled right now. The easy choice for him right now would be to go back to his old ways but I hope this will push growth on him pushing the police force into a proper direction.

There’s still a lot we don’t know about this city but I’m enjoying its slow build as we learn about our characters and their fight to bring the city into a better place.