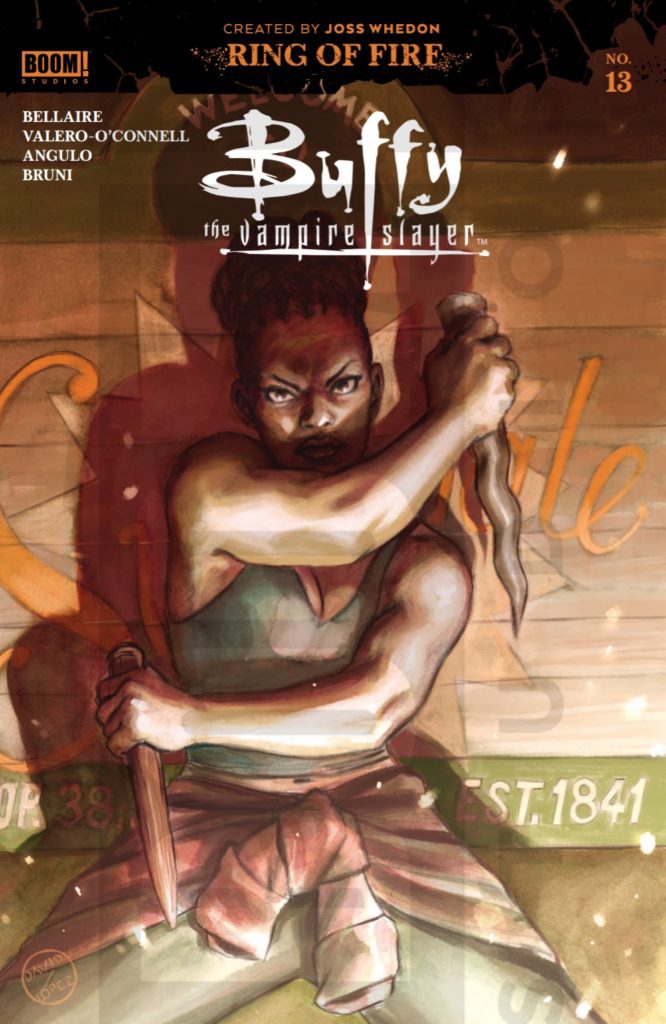 While the title of this comic is Buffy the Vampire Slayer don’t go in expecting to see the former cheerleader in action. There is a new slayer in…well technically she hasn’t quite arrived in Sunnydale yet. After the events of the Hellmouth crossover Buffy is lost and presumed dead leaving an opening for new Slayer to be called.

Buffy the Vampire Slayer # 13 focuses on a day in the life of potential slayer Kendra. For those unfamiliar with the lore let me recap. A Slayer - a young woman of immense power and ability is born into the lineage of slayers. A potential Slayer lies dormant until the current slayer is killed or dies. 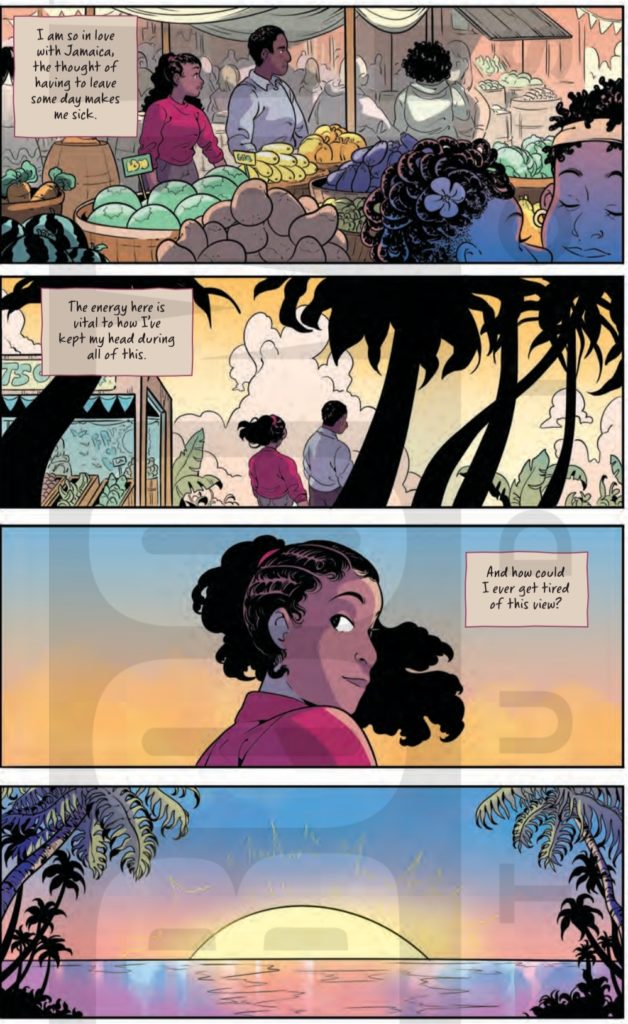 Buffy # 13 gives a glimpse into Kendra’s daily life. Kendra trains and hones her skills, under the dutiful eye of her Watcher Zabuto. Zabuto’s job is to prepare Kendra for the day the council will call upon her take up the mantle of slayer. Balancing out Kendra’s life is Vea, who provides comfort and compassion. I found it refreshing to see Giles role of nurturer and trainer to Buffy split between two characters. I think it gave the story more emotional depth. Giles would often seem conflicted in what he asked of Buffy, Zabuto has the luxury of being stern in this story as Vea is there to act as a advocate for Kendra.

As for Kenda, this story gives a great idea of what it’s like to be an untapped/potential Slayer. The bright and brilliant colors really give the feel of the beauty of Jamaica. It also helps sell the happy and lively way that Kendra feels about her situation. Having the abilities of the Slayer but not the full responsibilities is a win-win situation. She is less burdened in her duties than a true Slayer yet she still feels great knowing she is helping people. As long as she can keep her Jamaica all would be well.

So far this series has provided a uniquely thrilling look at the Buffy/Angel/Whendonverse. This issue is perfect use of another familiar character with additional perspective. Reading Kendra’s tale I can’t help thinking that this is what is must be like for every potential Slayer. One day you’re enjoying your life, living where you always have, enjoying your friends…the next you’re called up the Hellmouth. I also can’t state how well written the dialogue between Zabuto and Vea was. You could see how much both cared for Kendra, how they both wanted what was best for her.

With the Hellmouth concluded and current events set to lead into the Ring of Fire for both this comic and Angel the call couldn’t have come soon enough for….Kendra the Vampire Slayer.