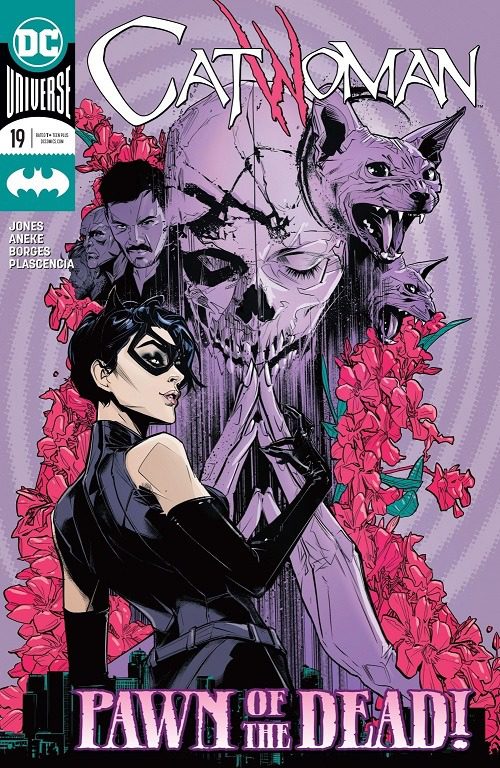 Selina has returned to Villa Hermosa just in time to find her friends surrounded by blood thirsty zombies determined to break in and kill them all. Taking to the streets, Selina does her best to distract the creatures and make her their target as Carlos moves Maggie into a more secure area and suits up to defend her against the zombie invasion.

With the zombies all but wiped out, Carlos chides Catwoman for showing up out of nowhere after she left them behind. Selina barely has time to defend herself when tragedy strikes. A tragedy that will leave Selina shaken and put Catwoman in the crosshairs of the woman responsible for the tragedy as she prepares her next move.

Joelle Jones brings an immediacy and tension to this story as Selina is dropped in the middle of the action rather than being the catalyst of it. Having the character react to the danger around her provides some interesting drama as she and Carlos verbally clash over her absence as he defends his sister alone. The dialogue is great and there are some entertaining character moments throughout as Selina is put on the defensive both physically and emotionally. The fact that the story ends on a down note makes me interested in seeing how the character will overcome both the evil she’s facing as well as her own failures.

All of the artists add some great work to the issue. The story is fast paced and filled with action. That action is captured brilliantly in the art which moves and complements the story well.