American rock act CKY (Chad I Ginsburg, Jess Margera and Matt Deis) have debuted a brand new single titled “Days Of Self Destruction” (feat. Brent Hinds). The track is the first bit of new music from the band since 2009. 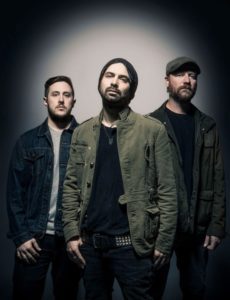 “We’re stoked to get a new album out after an 8 year hiatus,” says drummer Jess Margera. “‘Days Of Self Destruction‘ was the first song we recorded at Rancho De La Luna, featuring our buddy and all-around badass Brent Hinds!”

In addition to all preorders now being live, the track is also an iTunes instant gratification track, meaning fans who pre order the album on iTunes will receive “Days Of Self Destruction” as an instant download.

CKY will release The Phoenix on June 16, 2017 via eOne Music. The all new LP will be the first release since the band put out Carver City in 2009. The album was engineered and mixed at Rancho De La Luna, the highly regarded recording studio in Joshua Tree, CA. 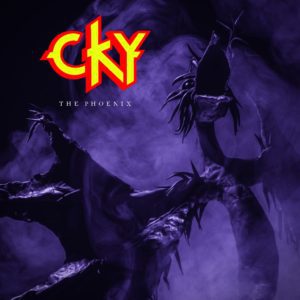 The band have tour dates booked all summer highlighted by a return to the 2017 Vans Warped Tour. This is the band’s first time returning to the Warped Tour since 2000. But first the band will head over to the UK to do thirteen show run, most of which are already sold out. This will be the first time the band has been back to the UK since 2009. CKY will then head to Canada for ten key shows from Quebec all the way to Vancouver.

CKY Days of Self Destruction The Phoenix Vans Warped Tour