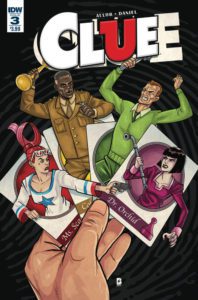 We have three dead bodies on our hands, and still, no clue who the killer is.  Everybody is a suspect, but nobody is showing signs of cracking.  Paul Allor is keeping me on the edge of my seat with every issue of Clue!  Normally I am pretty good at figuring these kinds of stories out.  Do any of our readers have an idea of who might be the guilty party?  Feel free to leave a comment, or Tweet at me to discuss this roller-coaster of a plot.

Not only do we get our normal “who done it” story, we also get quite a bit of character development in this issue.  We learn Col. Mustard’s past, at least parts, and 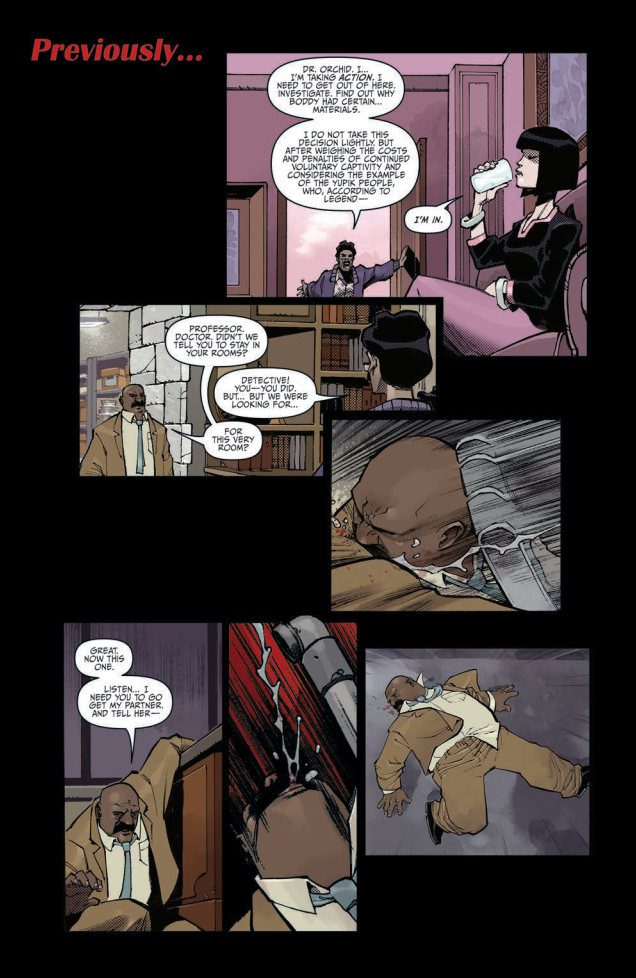 the importance of flora.  Prof. Plum and Dr. Orchid are finding ways to make themselves look more guilty.  Mr. Green is trying to find ways to “have fun” well under lock-down.  But the one thing they all have in common is that they are trying to avoid a mysterious killer in the house.  With one detective down, the search gets that much more difficult.

Instead of singing the praises of Nelson Daniel’s art for a third article, I will gush about how I would love to see this as a show.  In 2011, The Hub cable channel made a Clue miniseries.  It was short, live action, and very… meh.  What I would like to see is a grown-up style animation of this comic on my TV screen.  I believe that these characters could be fleshed out a bit more, and given more nuance in that medium.  But then again, maybe I just want body language and tone of voice clues so that I can figure out who the killer is!

Wait, did one of the dead bodies just……