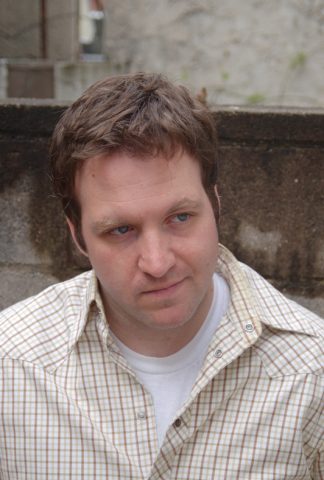 We sit down with Kennedy Center’s Rosa Parks Award, the National New Play Network’s Smith Prize, the Barrymore Award, the William Inge Fellowship winning comic creator Sean Lewis. We discuss his comic inspirations, and his comics Saints and Coyotes. What we miss on here can also be heard on This American Life.

Geeks WorldWide: What was the first comic you read?

Sean Lewis: Claremont’s X Men was the first obsession. I was really into Colussus. He was Russian and sad and kind of distant. A man of steel but kind of an outcast in those books. He always seemed unsure of his place in the world. For some reason, I related to that.

GWW: What were the comics you started reading first? And which inspired you to get into the field?

SL: Later, I was a Vertigo junkie. PREACHER was huge on my list. SWAMP THING. SANDMAN. I liked myths, I liked cursing, I liked the occult and religion. I was swept away. Then, I took about a 15-year break. ESSEX COUNTY by Jeff Lemire and his books afterward. I’ve been hooked ever since. BLACK HAMMER is unreal. I think SWEET TOOTH is when I started thinking maybe there was an audience for what I was into. Then I got really into back issues of Y THE LAST MAN.

GWW: When did you start creating your own?

SL: 2014 I met Benjamin Mackey while working on a theater production. We started talking comics and what came out of it was SAINTS. We created the whole first issue for fun but then thought we should send it out, but we didn’t know what or where. I went to the Image Comics website and there was a general submissions email. I sent it there without thinking much about it. 6 months later, Eric Stephenson called and offered to publish it. I’ve never been so lucky. I owe Eric and Image a lot.

GWW: Do you have any non-comic inspirations?

SL: I already work in theater and begun to work in film. I’m lucky. I hope now just to do the things well.

GWW: Is there a person or style you try to emulate?

SL: Not emulate. No. There are people who I admire. Who explode the form for me. Even if it’s in one book. Lemire’s BLACK HAMMER. Vaughan’s Y THE LAST MAN. Matt Rosenberg’s WE CAN NEVER GO HOME. Alan Moore’s SWAMP THING and V. TRANSMETROPOLITAN.

GWW: What is the story behind Coyotes? What inspired it?

SL: It’s Underworld meets Sicario. Kill Bill meets The Howling. Basically, in a border town called the CITY OF LOST GIRLS a group of women are banding together to fight off Werewolves (who refer to themselves as COYOTES) who want their blood. The champion of this group of women is a 14-year-old girl named Analia.I had been obsessed with stories of women going missing in Mexico and was really stuck on the word Coyote- meaning a human trafficker who moves people across the border and the literal meaning of the word: a pack animal, a scavenger… I started thinking- what if you exploded the literal into something larger. A metaphor. This became a werewolf. I already knew of so many stories of women who go missing across the world… The story started to develop from that and get filled with some of my big obsessions: Tarantino, the desert, Kurosawa films, Female singers, created families versus real families, Tank Girl and so on. 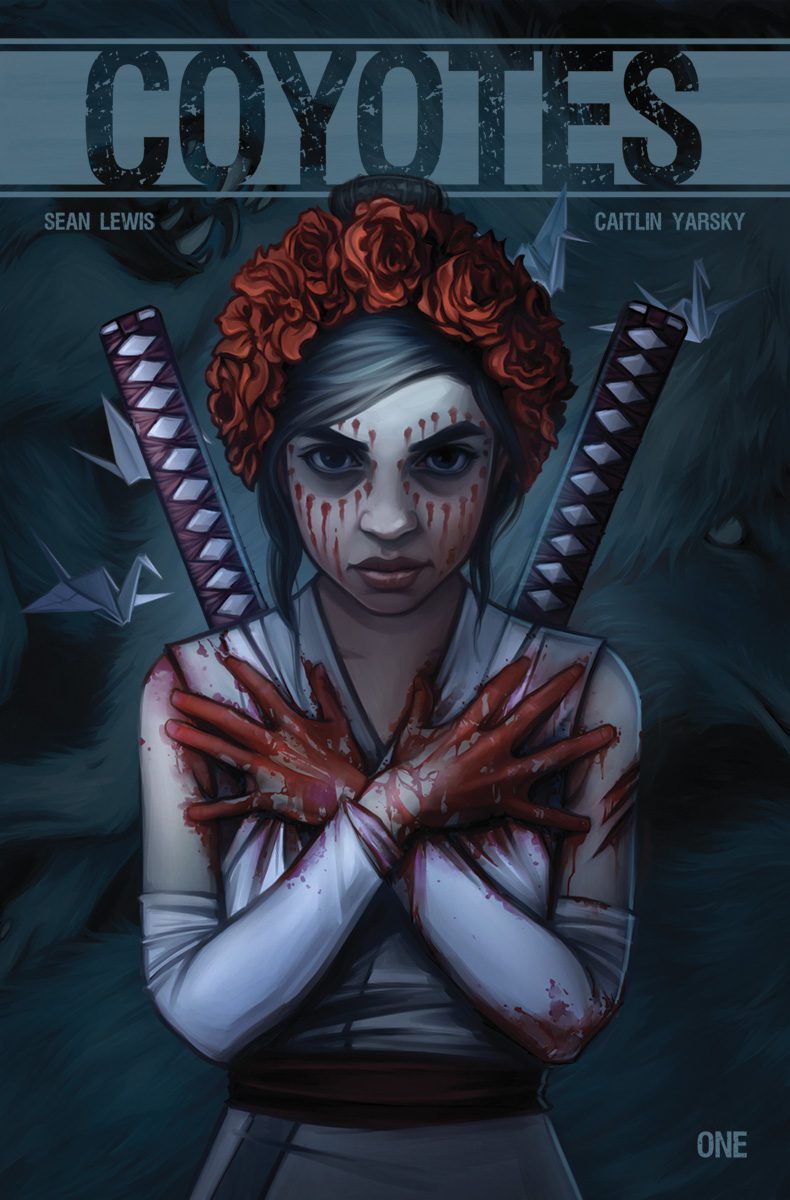 GWW: Who would you say your comic is written for? (That is to say, what genre would you classify it under.)

SL: I would say it’s in a Horror realm. Horror/Twisted Fairytale with some real-world echoes.

GWW: Without spoiling any plot, what kind of things can we expect from this series.

SL: For one, the art is incredible. When I first saw it I wanted to do something with her that had a storybook feel, a twisted fairy tale. Story-wise I think we do a really great job of mining the humor and humanity out of the drama and horror. There’s a large mythology that we are looking to unfold. Also, a lot of amazing weapons and a fair amount of carnage.

GWW: Being in theater and film, would you ever like to see your work come to life in one or both medium? If so, which one and why?

SL: Film. I’d love to see it transfer. I think there is a natural marriage between comics and movies. Also, the idea my son could watch one as he gets older is amazing.

GWW: What does the future hold for Sean Lewis?

SL: I have a few more comic books coming out. BETROTHED with Aftershock is in development right now. And Hayden Sherman and I are developing a knew sci-fi comic after the success of THE FEW that we’ll start shopping soon.