As discussed on episode 32 of Gaming @ 30, the dong slider in Conan Exiles shouldn’t be what people are talking about when it comes to this survival game. When it comes to survival games, I’m not an expert. Although, I am a fan of the Conan franchise and the work that FunCom has produced the past several years. The latter was my primary driver to drop $30 on the game. 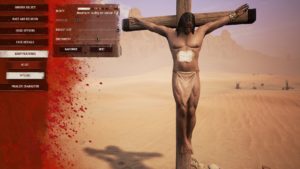 Let’s get this out of the way early: during character creation, if you choose
a male character, you can adjust the size of it’s penis. In-game, this is only visible if the server you’re on has “full nudity” enabled. Moving on…

Servers are rough at this stage. I began playing on launch night and into the week - it was clear to me I needed to host my own game if I wanted a zero-lag experience. The official servers, particularly those at capacity, were experiencing tremendous rubberbanding. The game was not playble. Since rolling my own hosting, I’ve been able to experience much the game has to offer prior to level 10. At that point, things open up a lot but I haven’t reached that point. 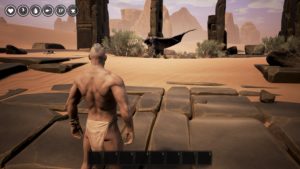 After roughly 5 hours with the game, I’m not impressed with the survival-aspect of Conan Exiles. It’s a grindy experience where death is constantly lurking around you. Perhaps that’s what keeps me coming back. Between deaths I generally level up. Experience is gained by crafting and collecting items. Every time your character levels, you learn new skills and enhance your character’s attributes (strength, vitality, etc.). What I am absolutely impressed with is how well FunCom have captured the Conan universe. Certainly their experience with the franchise in the form of MMO Age of Conan (AoC), provides them with a fast-track to produce the world, this game feels like it’s a version 2.0 of the environments in AoC. On second thought: this is probably why I keep coming back to the game. I really dig that Conan aesthetic. 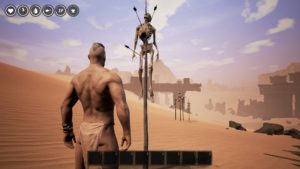 Keeping in mind that Conan Exiles is in early access, I’m not ready to fully judge the game. While playing with friends, the game is much more enjoyable and less tense. But if you are looking for a complete solo, survival experience today, Conan Exiles is not yet ready to be considered a home for you.