A Twitter user named Richard Riddell (via MCU Exchange) has posted video and images from the Scottish set of Avengers: Infinity War. The images feature two motion capture actors wielding what look to be cosmic weapons.

MCU Exchange put this image together to point-out how the weapon is very similar to one of the main members of Thanos’ group of henchmen The Black Order. That character being Corvus Glaive. 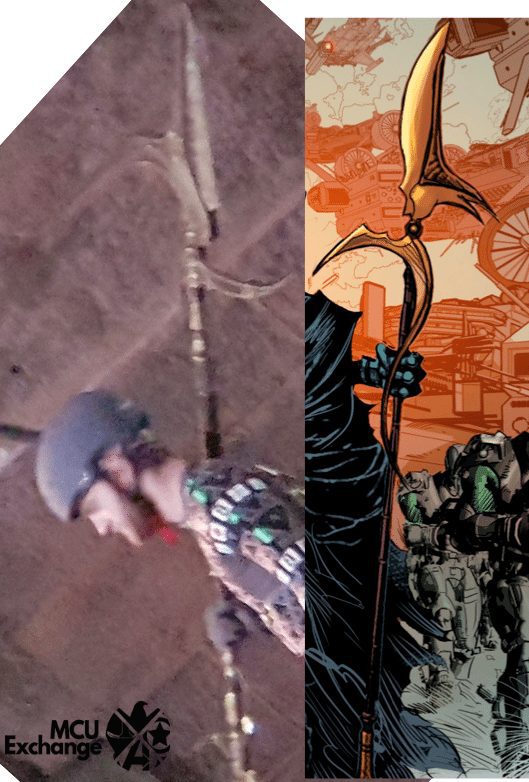 Motion capture actor Terry Notary from Planet of The Apes and Kong: Skull Island recently confirmed his role as one of Thanos’ henchmen in the film. Our assumption was that he could be playing Black Dwarf, the hulk of that group.

There is also some speculation that Cate Blanchett‘s Hela could be taking the place of Thanos’ love Death in the film as well. Something that was recently hinted to in the comics.