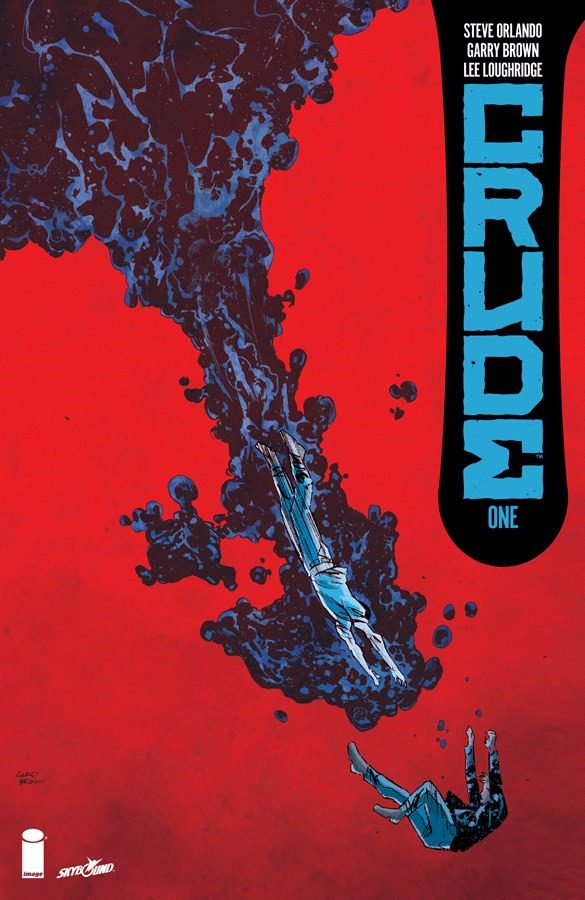 The new comic book series dubbed Crude is full of violence, depression, anger, and sadness. We’re introduced to Kolovrat, a man who has a side of him that he does not like to share with everyone. Given what we have here, the best I can say is that he’s a hitman for hire, where his son believes he’s just an insurance salesman. So it’s a familiar setting for someone who is hiding what he does for a living from his family. We actually learn though that his wife does know what he does and it’s more about how his relationship with his son Kiril has grown apart through the years. What I get from Kolovrat though is that he seems to only pretend to be happy. Happy that he was able to support his wife and son but isn’t proud of the way he did it. The consistent lying to his son seems to just slowly eat him away and I think this is what hurts him more.

Even though he spent all this time to provide for his family, in the end, he has pretty much lost his son and it all boils down to not being truthful to each other. The man clearly has his own demons to battle as there is barely a smile out of him outside of the first page. His son Kiril as I mentioned earlier isn’t all-truthful though. He has made some certain personal decisions in his life that would most certainly be frowned upon, especially by his father but all he is seeking out is to just be happy in this world. When Kiril and his father meet up for a drink together, not a lot is really shared between them. The whole thing just feels very awkward for both of them as if this meet up is more of an obligation just to help Kiril keep his mother happy. The damage is clearly done though as Kiril shares where he wants to go in his life and his parents just don’t want to accept it.

The art in Crude brings all the scenery to come off very dark, dreary, depressing, and cold. The issue gives off a very negative vibe about everything here. Not in a bad way though, for the reader shouldn’t feel very happy about what is going on with anyone here. Kolovrat does indeed love his family but certain poor choices will now lead him to a dark path again that he seemingly had hope to have left all behind.