Crysis Remastered on Switch: Just Because You Can…

“Just because you can, doesn’t mean you should.” That’s what GWW community member Kenney said while we were discussing Crysis on the Switch. Those words stayed with me as I completed several hours of Crysis on the Switch, begrudgingly. If you’re reading this, you’re likely a Switch owner who also has another console available to play. In which case, do note, Crysis is best played on a PC or modern console. If your only console is a Switch and you don’t own a PC – nearly any PC – then I still struggle to recommend Crysis (Switch).

Coming from the perspective of a longtime PC gamer – and someone who played Crysis when it first released on PC back in 2007 – playing this game on the Switch was dissappointing. After ports of Wolfenstein: The New Blood, The Outer Worlds, and Doom, I am no longer surprised while playing GPU-hungry games on Switch. Indeed, three-cheers to Crytek for making this happen, but generally speaking, the Switch port is the least pleasing experience of Crysis you will find in 2020.

The one advantage the Switch port has over all other ports is portability. It’s freaking cool – but it’s effectively a novelty. The actual gameplay experience on Switch, coupled with the gameplay potential elsewhere, brings me to the conclusion that I cannot recommend this title to anyone who really wants to play the game, and has other means to do so. 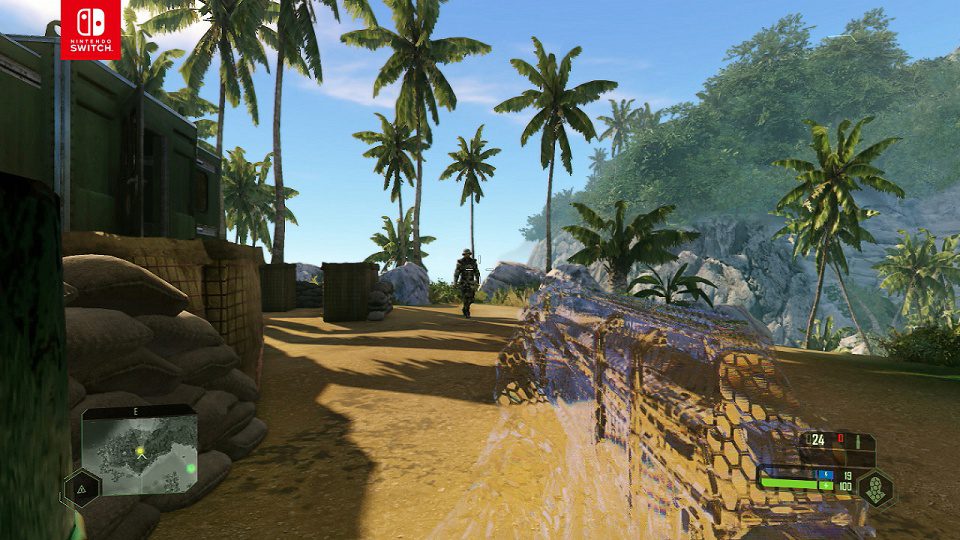 A key for this game was provided to GWW for the purpose of this article. This is not a full review as I did not complete the game on Switch – although I have completed it several times on PC. My goal in writing this post is to help gamers understand what they are getting into with Crysis on Switch. TL;DR it is not the best way to play Crysis. But it may be the best way to wow your friends who have first-hand experience with Crysis on PC from 2007.

It looks good for an open-world Switch game. But without the context of what Crysis means to PC gaming, particularly back in 2007, gamers may think Crysis is not special. What makes this port special is just how demanding Crysis was to PCs from 2007 through the mid 2010s. And in this port you have a few technical issues that I observed (there may be more), such as artifacting, ghosting, clipping (mostly of enemies), and what I’ll call “choice draw distance.” When you fire up Crysis and make your way from the sky to the island, you will shortly find yourself in awe of the draw distance. Particularly, again, if you understand how taxing Crysis was back in the day. But during gameplay objects will pop-in and out that are near to you, at a rate I have not experienced in a Switch game in quite some time. I did find myself getting used to it, which reminded me of my old PC gaming days as a kid who couldn’t afford a powerful GPU.

Something to keep in mind is this is a port. Character details and art design are based on 2007 standards – not 2020. So games ported to Switch that are more modern, such as Doom, look way better. 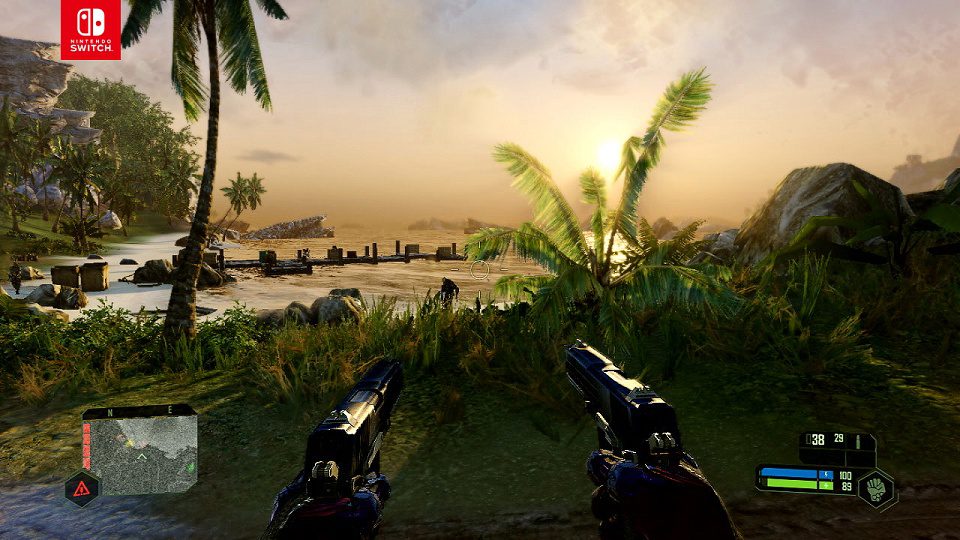 The Switch Joycons are not meant for first-person shooters (FPS). But gosh-darn if the Switch Pro Controller isn’t the best controller out there. Even still, for me at least, nothing beats a keyboard and mouse for an FPS. But this is what we have to work with. The actual control schema is perfectly reasonable for a relatively complex shooter. Switching between weapons and suit modes did not take too much time to get used to and the game’s story introduces those modes at a reasonable pace.

The Best Way to Play

Back in 2007, Crysis ran on an NVIDIA GeForce 8600 GT – a midrange GPU. Sure, that was not the best GPU back then, but now you can run it using an Intel integrated GPU, such as the UHD 620 that comes with 8th-gen Intel mobile CPUs. In doing so, along with the performance-tweaking options provided to PC gamers, Crysis is a better experience on a modern, sub-$600 laptop than it is on Switch. In the coming months we are expecting Crysis: Remastered to arrive on PS4, XBox One, and PC. Certainly the game will look and play better on on any of those platforms than on Switch where I have experienced clipping issues, inconsistent frame-rates, and increased battery drain rates in handheld mode. If you’re hell-bent on playing Crysis on Switch, my recommendation is handheld mode, despite the battery draining issue. I found that being closer to the screen helped me interpret the changing environment better (many times in gunfights I could not see the enemies except on the radar – ugh), and it better accomplishes what I think is the real draw of Crysis on Switch – the novelty of playing a former graphically intensive PC game on a teeny-tiny console.

Crysis: Remastered (Switch) is for those who want to impress their friends who are knowledgeable about the history of the game and PC gaming.

Have you seen this:
Free Speech by Big Finish (Review)