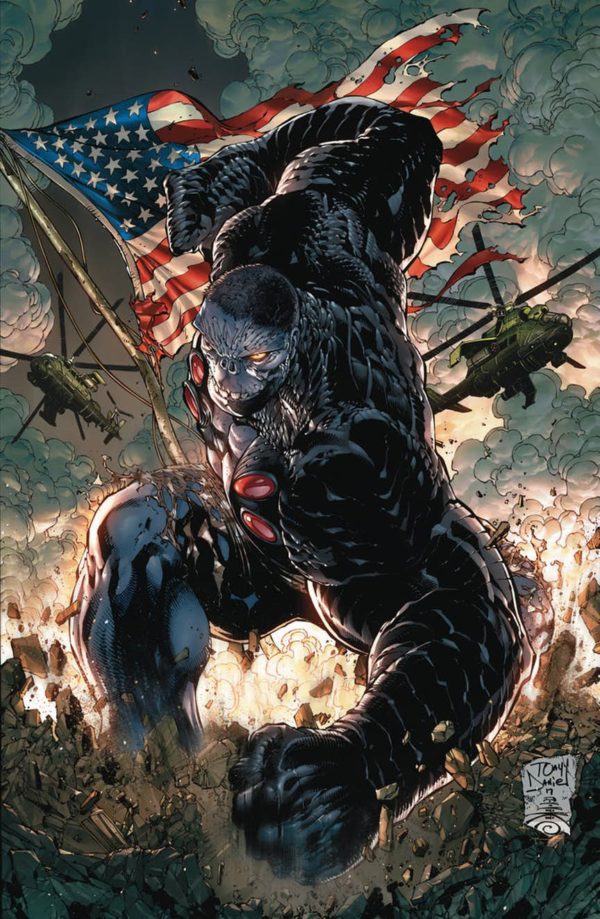 DC has brought us one of their new titles and new characters in the wake of their “New Age of Heroes” line. Damage is the first of this line and it wastes no time going right into some intense action. We’re introduced to our main character Ethan who quickly transforms into the monster called Damage whom is the product of a government experiment. We only get to learn so much about Ethan/Damage in this first issue but I believe what we got out of what little exposition is quite important as far as knowing how these powers work for Ethan. He gets the form for 1 hour and has to wait for 24 hours after each use. You can think of Ethan as a Hulk type of character, but we’re not totally sure on what makes him transform yet. He does have to work to gain full control, otherwise, he runs around creating chaos and acts like a true monster unless he can get a hold of himself.

The action panels are utilized perfectly to showcase some of his strength and size as he fights another soldier that is jealous of Ethan for being chosen. 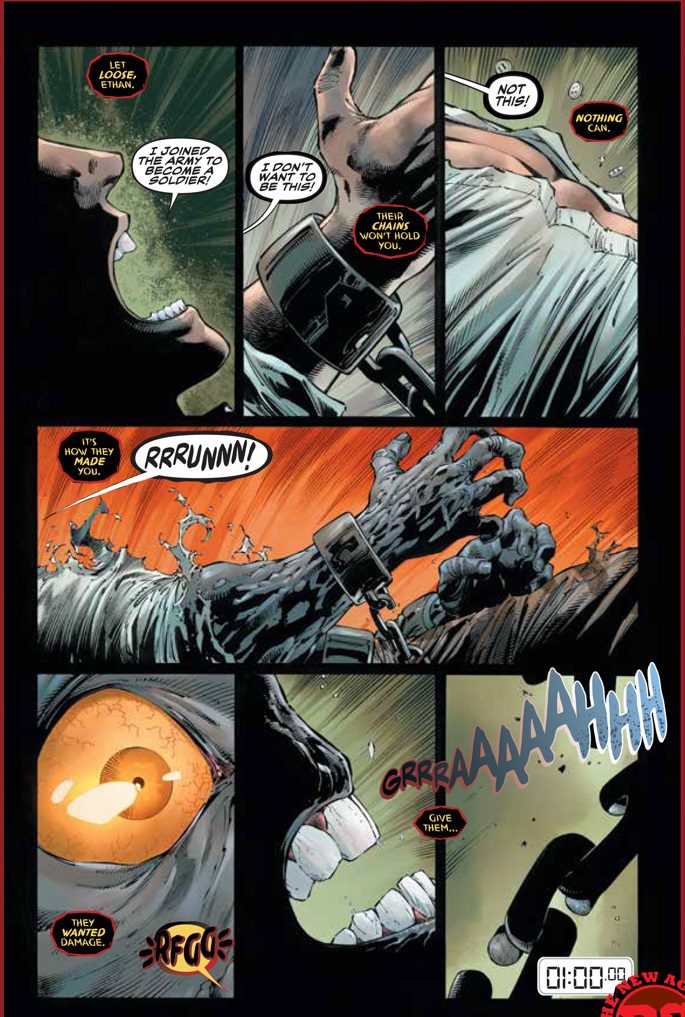 Its very clear that Ethan only wants to be a hero, but it seems Colonel Jonas has other plans for him as she now has to search for him and clean up this mess that she is in charge of. With the basics of our setting and characters laid out here, we get some ideas of the personalities of our main characters. Now the main idea here is to show Ethan as a good man put into a bad situation and Col. Jonas is supposed to be the “evil” government employee. I do hope both of these characters showcase a good mix of positive and negative sides to them to not be so conventional of what we usually see in these types of stories and make even challenging for the reader to decide who is in the right. We are given new characters and now is the time to take full advantage of that so they aren’t just pushed aside forgotten just because readers are either not grabbing the characters or skipping out after a few issues if it’s more of the same from what they’ve read in other series.

Damage has great art, fantastic action panels, and a chance to give us something new in the DC Universe. I hope to see this series breakthrough a barrier to be a surprise standout and not buried beneath building rubble.