Damian puts the team before himself in Teen Titans #4 REVIEW 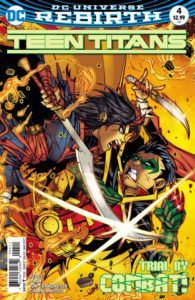 As the Demon’s Fist have the Teen Titans in their crosshairs, Damian leaves the Titans to negotiate with his estranged grandfather, Ra’s Al Ghul. Damian swallows his pride to protect his team, but nothing is ever simple with the League of Assassins as Damian is now involved in a trial by combat against his cousin, Mara. If he wins then the Teen Titans will be free.

One of the things I’ve enjoyed about this issue is how much Damian has clearly matured since the initial Rebirth issue. Damian previously hilariously and forcefully 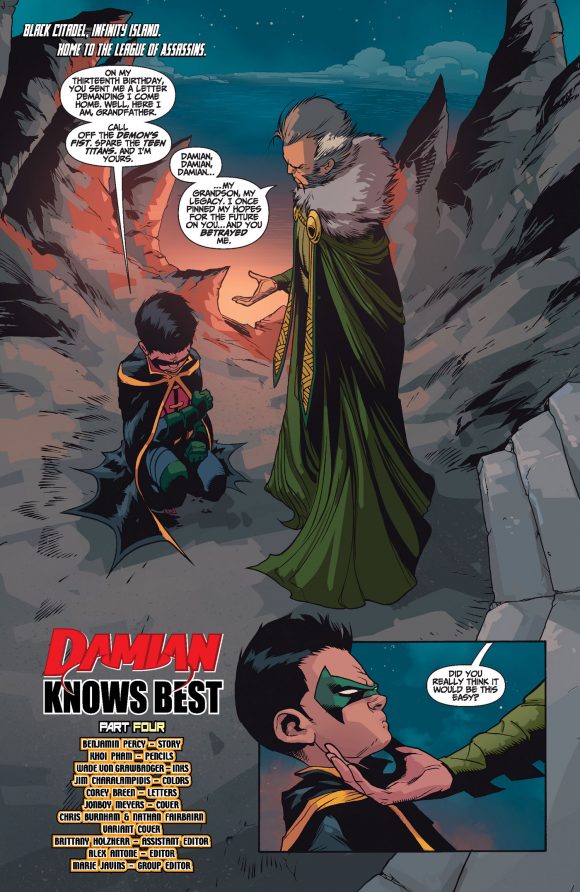 lasso’d the team together but now it is his responsibility to protect it, especially from members of his family.

In this issue, we get a further reminder of how screwed up Damian’s family really is as his cousin, Mara, seeks revenge for a previous falling out. Mara, to me, is the outcome of what Damian could have potentially become if he had not followed in his father’s footsteps. Very angry, very misguided. Another example of Damian’s maturity comes during his battle with Mara when he spares her life after he has won the battle. The highlights of the issue rests within these pages as Damian and Mara continue to fight to the death in a lava-filled room in the presence of their deranged grandfather.

Outside of Damian, isn’t too much character development from the rest of the team. This is only present when the team discusses the situation and whether they should save Damian. We get some glimpse of Beast Boy’s sympathetic side as he reflects on what the old Robin, Tim Drake, would do. Here we have the predictable, volleyball “Go team” moment before the Titans set out on their rescue mission. I do have to say that I loved the comparison Percy uses for Damian as Starfire defends his actions.

Pham’s artwork and the colors and contrast really pop with each panel, especially in the full page panels during the fight between Mara and Damian. Each page jumps out to me. I had been a longtime fan of Jonboy Meyers artwork for some time, but it appears Pham has a few interesting tricks up his sleeve as well. His output gradually evolved with each issues. I was rather impressed by how well placed the transition between each panel was during the fight between Damian and Mara, it was very easy to follow.  His art style is quite detailed, more so this time around and the final touches of perfection come from the colors of Jim Charalampidis.

Have you seen this:
grimm universe quarterly presents: zodiac vs death force

I did find the story rather predictable.  Hero sacrifices himself for the team, gets into trouble, rest of the team give an all-for-one speech and save the hero. This story did, however, give us a deeper look into Damian’s backstory by reintroducing readers to both Ra’s Al Ghul and Mara, which basically could be considered the evil Damian. When it comes down to it, this issue is about the lengths Damian is willing to go for the Titans and vise versa. I hope to see this grow through future issues. Although this issue hasn’t nearly been as quite entertaining as Damian’s recruitment process in earlier issues, it’s still beautiful to see this group of characters together. This is a Titans team looking to build itself back together, especially after the “loss” of Red Robin.  I look forward to reading on.