When the devil comes out, all hell breaks loose. The first couple of episodes we see Matt Murdock struggling with his inner demons as he wants to live on as Daredevil and not Matt Murdock. Episodes 4 through 6 we finally see Matt coming out of that dark pit that he had been drowning in for the past four episodes. We finally get to see Matt take care of business and its what we all came looking for.

What makes these three episodes so special is how each episode keeps building each character for a bigger picture. Each character plays a special role in each of these episodes and though at times it feels like its dragging it makes for great story building.

Where these three episodes really shine is in its action sequences. Episodes 4 through 6 deliver some of the best action scenes we have seen in all of the Marvel Netflix shows, and that’s including that epic prison scene from the Punisher. Not only are the action sequences brutal and amazing, but the way that these three episodes build the new villain’s backstory is extraordinary. What makes this new villain so menacing is that he is the total opposite of Wilson Fisk, where Fisk is smart, organized, and self-composed, this new villain is uncontrollable and it makes for a great, thrilling, and suspenseful ride. 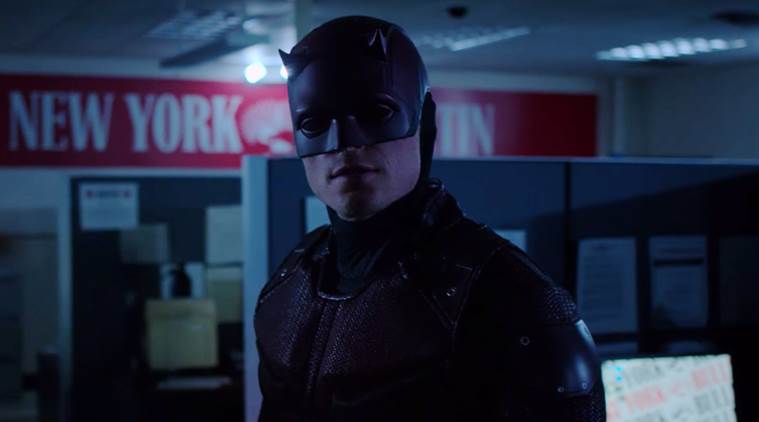 These episodes do derail from their main focus primarily when it comes to Karen and Foggy which makes some of these episodes feel like they are dragging. Netflix has had an issue in the past where a lot of the content feels like its just filler and these three episodes of Daredevil happen to have some of those issues. But Netflix does benefit from the binge-watching culture that we live in as these three episodes end with cliffhangers making you want to click next right away.

This is probably needless to say but I feel like I need to say it anyways, season three of Daredevil is not a season that you can just jump on without having seen the previous two seasons or the Defenders mini-series. Episodes 4 through 6 do have callbacks to the previous series so do yourself a favor and watch the previous seasons if you are wanting to watch this season.

As we saw on the latest trailer Matt Murdock will have to face “Daredevil” himself and the lead up to that has to be one of the most suspenseful, and scary, scenes that any marvel show has ever made. If that is any indication of how the season will play out then we are in for a thriller of a season. Though these three episodes are particularly dark there are a couple of moments where Matt, Foggy, and Karen, all share a joke or a smile giving us hope for our heroes.

Episodes 4 through 6 are all leading up to the fantastic climax of episode 6 and though it suffers like most of the Netflix Marvel shows with pacing at times these three episodes are some of the best the series has ever seen. The dynamic that each character plays and how they feel like they all belong to a bigger picture keeps the viewer enthralled with the story they are trying to tell. I cannot wait to see where they take the rest of season three, and now I find myself counting down the days till October 19th when Daredevil releases on Netflix.