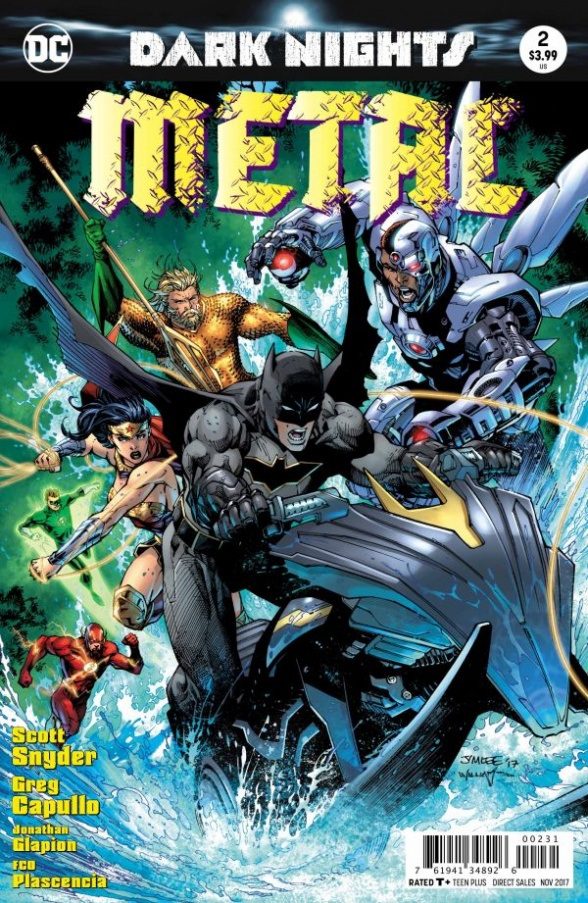 The Justice League and their associates are on the hunt. Are they hunting for a global threat? Are they in pursuit of a supervillain bent on world domination? No, the League is unsuccessfully hunting Batman across the world. After Kendra’s revelation in the first issue about Batman and his role in the threat they now face, the Dark Knight has escaped and is on the run. Using sophisticated technology and the Bat-family themselves to evade the collective efforts of Batman’s allies is wholly satisfying to behold. The layers to Batman’s plan continue to unfold as Superman finally catches up to him and gets more than he bargained for in the process.

Meanwhile, Kendra has gone to the immortals to convince them that there is still a chance to salvage the situation without using the weapon that they have been cultivating. While there are some in the group who agree, Vandal Savage remains unconvinced. There is a lot of exposition in this book. Telling a story this big requires a lot of information to be given and I like how it’s broken up between the characters. As the real Batman makes his way deep into a hidden 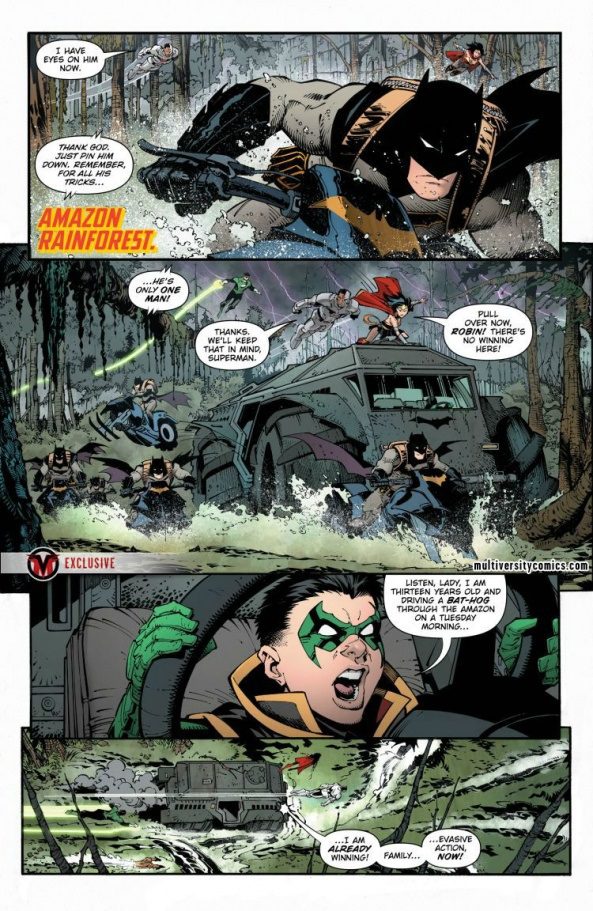 tomb, Dream arrives to offer him help should he fail. Superman and Wonder Woman arrive to stop Batman as he prepares to end the threat once and for all. Or so he thinks. The arrival of the Court of Owls and the Strigydae begin a chain of events that unleashes a dark army upon the world and could destroy everything and everyone in its path.

The second part of this story ramps up both the action and thrills that were teased in the first issue. There is a palpable sense of tension with this issue that continues to build page after page. The surprises and reveals in this issue work on every level and I flipped each page preparing myself for more. Scott Snyder has done an amazing job of weaving the DC universe together in this story and this new revelation about Batman and his role in events continues to build on the Dark Knights significance. The fact that everyone continues to dismiss Batman as “just one man” continues to allow Snyder to explore the depths of Bruce and how he can continue to surprise everyone who dismisses him. Greg Capullo’s artwork is beautiful and the level of detail that he is using makes every panel pop. The reveals continue to make me sit up and take note and I want more. I continue to be impressed with this book and the story that Snyder is telling in it.