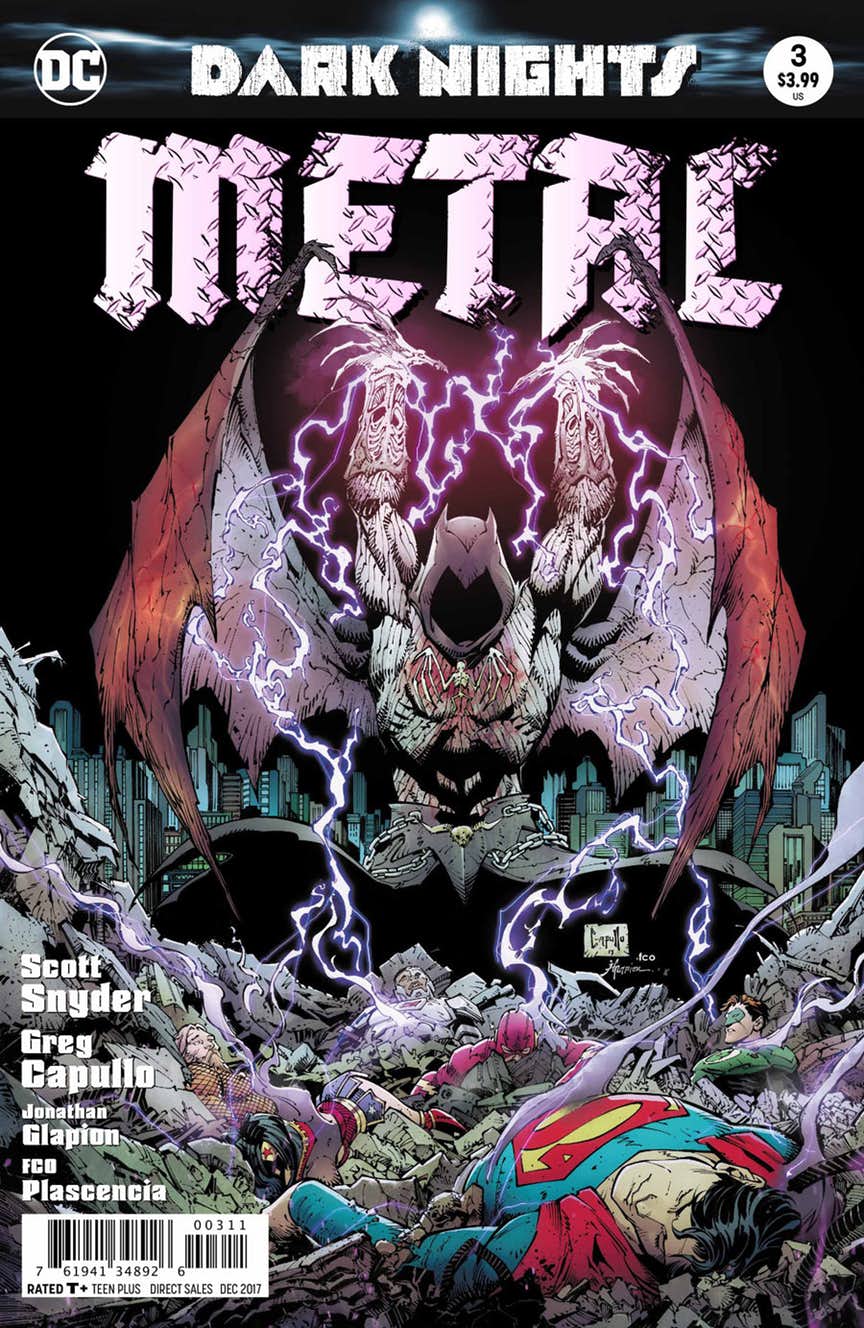 If the first two issues of Metal were the start of the ride bringing the reader closer and closer to the precipice, this issue is the plunge. The prevailing themes of hope and the loss of are going to be at play throughout this issue and it is hard to write about the events in it without spoiling anything, especially with that theme as the through line. With that in mind, this issue focuses on Superman and the rest of the League dealing with the fallout of the invasion. Superman and Wonder Woman have been dealing with Barbatos as Clark continues to have visions of Bruce that are ripped away by Barbatos and his army.

As he and Diana continue their journey through a ruined Metropolis, Clark gets devastating news that sends him hurtling towards Gotham City and a 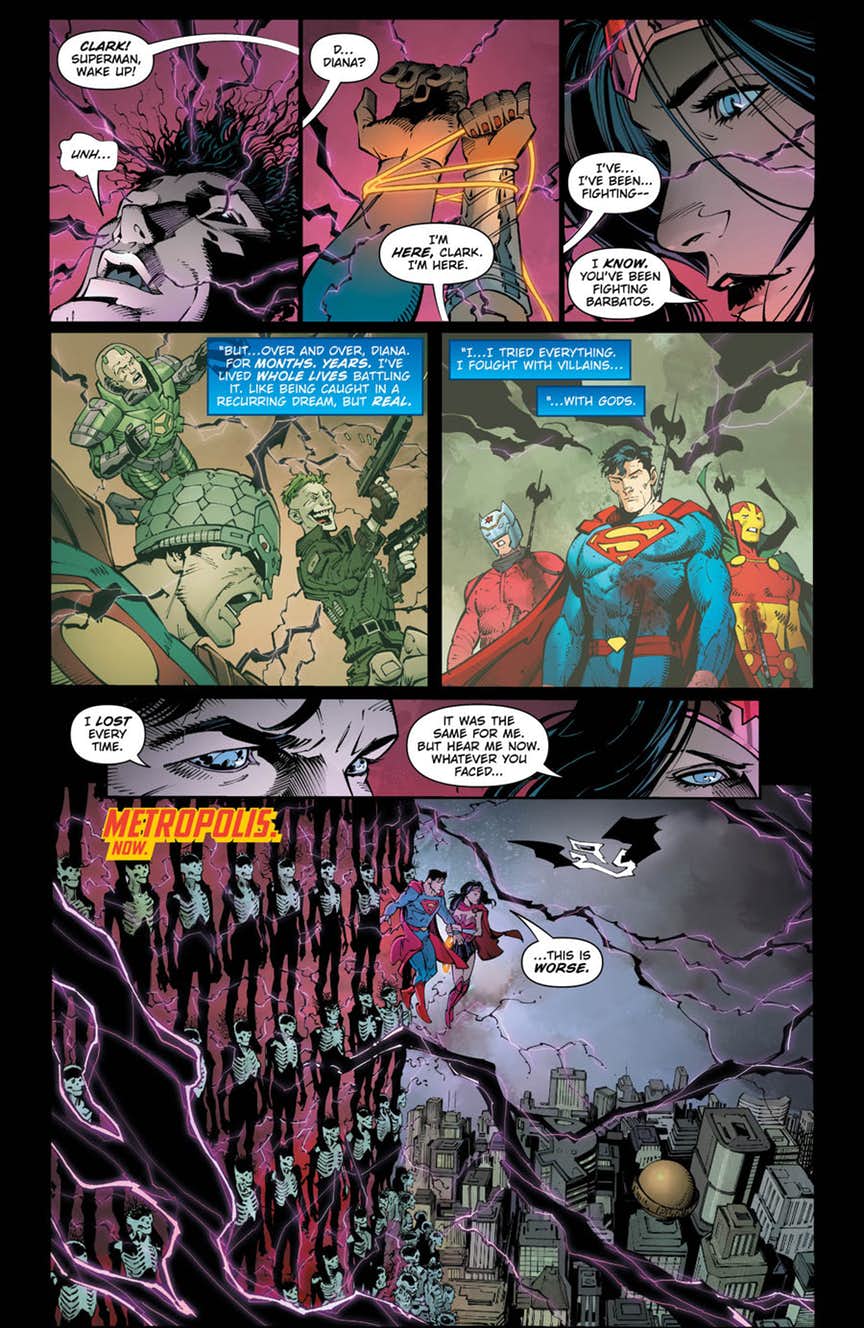 confrontation with The Devastator. As Clark finds himself surrounded by the Dark Knights, The Batman Who Laughs tells him about who they are and where they come from, including what they’ve done to him on their worlds. Flash intervenes and takes him to a hideout with the rest of the League as they form a plan that might just turn the tide in the fight. In contrast, we see what the Dark Knights are doing in the cities they’ve conquered and it is brutal, to say the least. As the League continues to form their plan, Green Arrow tells them of a weakness they’ve found.

As their stronghold is breached, the League separates to begin their missions to put an end to the threat of the Dark Knights and Superman gambles on a risky maneuver to save Bruce that might cost both of them their lives.

I walked away from this issue shaken by how dark the story has gotten. Dark in a good way, to be specific. One of the first things I took away was that the premise of this issue reflects the hopes of the reader and our investment in the story is one of the things that makes this story so compelling. Snyder knows the audience for this book and this world itself and he continues to weave in elements that the DC faithful remember fondly. There are moments of real terror in this issue and they are amplified by Greg Capullo’s amazing artwork. His framing of the confrontation between the Dark Knights and Superman is chilling (no pun intended). I find myself in the position of not knowing where this story is going to go next and enjoying that fact immensely. There is a sense that things are going to get a lot worse before the end, but there is enough in the story to keep readers hopeful.