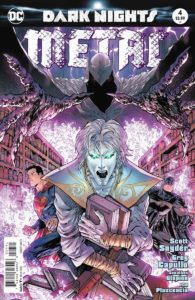 Things seem more desperate than they were before for the heroes as Batman decides to call for help after being gone for thirty years trapped in hell. He manages to get Superman and escape as the story shifts to the heroes fighting desperately to recover the one thing that can possibly turn the tides of this war and stop Barbatos and the Dark Knights; Nth Metal. Wonder Woman, Dr. Fate and Kendra Saunders are battling the keepers of the Rock of Eternity, Aquaman and Deathstroke have found something strange at the tomb of the first Atlantean King and Green Lantern and Mr. Terrific have been brought before the ruler of Thanagar Inomar Synn and his right hand, Starro.

Batman and Superman have made it to the realm of the Sandman and he has a story to tell the duo. A story 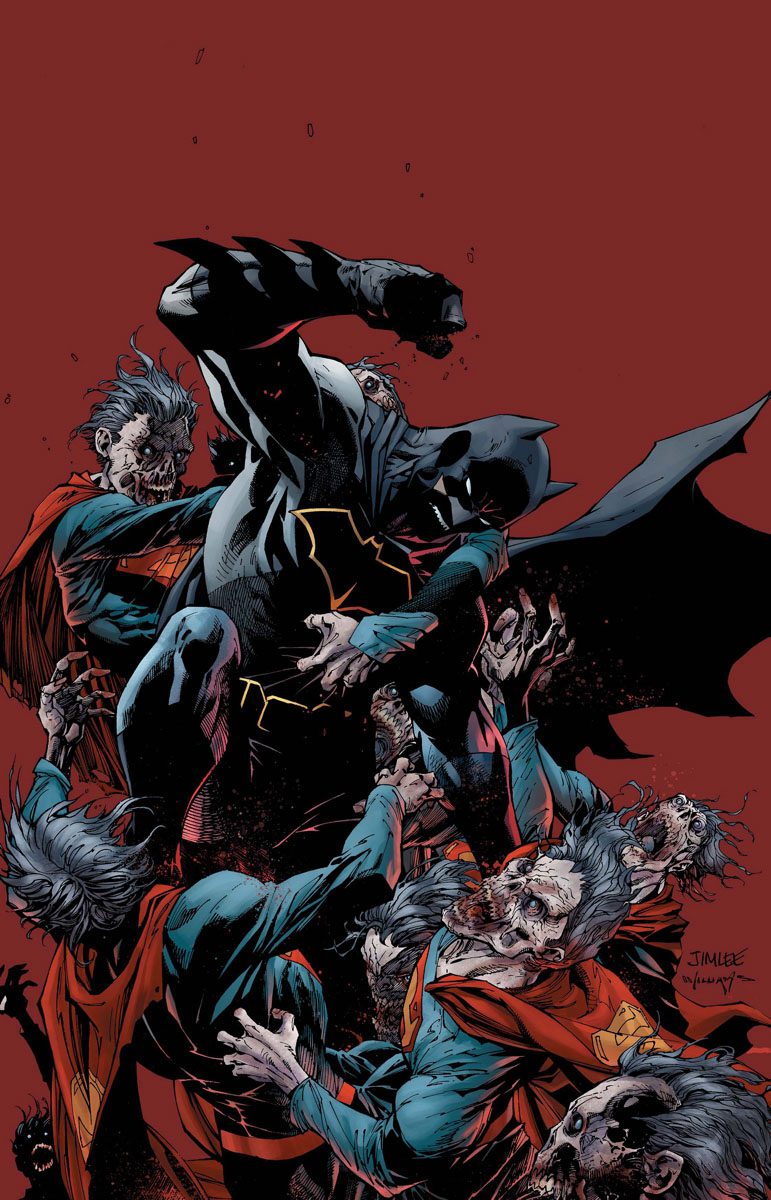 designed to explain the creation of the Dark Multiverse and Barbatos himself. As Sandman tells the pair what Barbatos has planned for the Earth and the multiverse itself, Batman has an all too human moment of doubt. It’s up to Clark to remind Bruce of who he is, what he cares about and what’s at stake if they fail. As the two make their way deeper than any of them have traveled before, Diana is betrayed and attacked by the all too present villains that have struck a deal with Barbatos. This leaves Bruce and Clark in a position that could make or break the multiverse.

Have you seen this:
Stargirl 01x11 "Shining Knight" (Review)

This is one of the darkest chapters yet in this story, but the prevailing sense of hope underlying the actions of the heroes continues to keep me riveted to the story. Snyder is giving readers a view of the DC universe that is both new and nostalgic with callbacks to favorite storylines and characters as well as stoke the fires of future mysteries to come. It is a tough needle to thread, but he’s consistently shown that the characters of the DC universe are the key and that there is a story that is inclusive of all aspects of the multiverse. Capullo’s art is amazing to behold with details that jump off the page. Many of the panels have some of the most gorgeous compositions I’ve seen in comics since Steranko and it works. Definitely, have me hooked for what happens next.