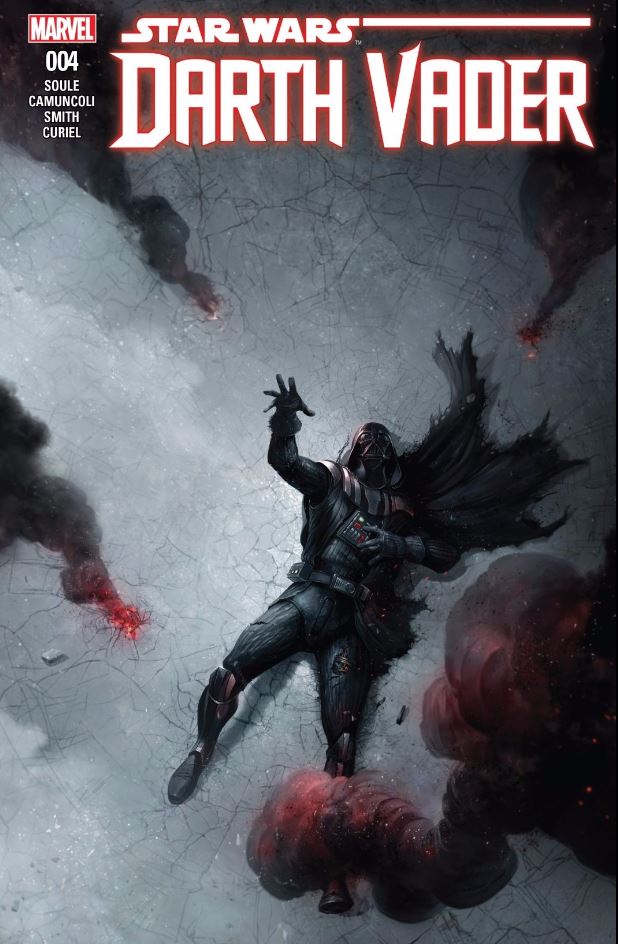 Yoda once said the Dark Side was “Quicker, easier, more seductive.” when compared to the light. In the latest issue of the Darth Vader (2017), however, the recently ex-Anakin Skywalker went through so much hell in his trial that he proved just how full of it the little green sage was. Taking place just days after the events of Revenge of the Sith, Vader had been sent to find a Jedi’s lightsaber crystal. Earlier in the story, Emperor-Elect Palpatine made it clear to his mechanical protege that the lightsaber crystal of a Sith could not be given, it must be taken.

In the last issue, Vader picked a fight with the Jedi Master Infil’a. It was not a wise first battle for the Sith Lord who was still getting used to his new body and robotic limbs. For years, Infil’a’s sole purpose in the Jedi Order had been combat. A fight between the Pai-Mei-looking warrior and a healthy Anakin Skywalker may have evened the odds, but in issue #3 the Borash Badass easily annihilated Vader and flung him off a mountaintop to his doom.

Or so he thought.

I was happy to see that my prediction from the last issue’s (literal) cliffhanger came to pass. Vader showed that he was still good at fixing things when he put himself back together with the 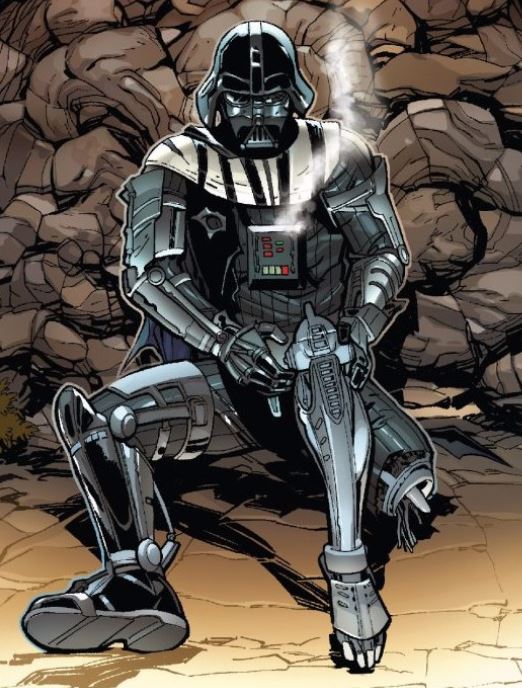 Force. Luckily, a spare training droid was nearby for him to salvage the parts to replace his cybernetic leg. Fans of the Darth Vader (2015) comics will recall that Vader’s armor and life support were innovated by Doctor Cylo. Cylo may have put Vader back together again after his fall at Mustafar, but we learned the prodigious engineering skills of Anakin Skywalker were immediately required to rebuild his body after his defeat at the skilled hands of Infil’a. I loved the panels that depicted Vader using his telekinetic ability to repair his leg, arm, and the last bits of himself.

“I am in the world…May the Force be with me.” (Master Infil’a)

Returning to the world, however, proved to be the Jedi’s undoing. While Vader struggled on the floor of the wilderness, Master Infil’a traveled to Am’Balaar City. Here we saw that, though he lived for years in isolation, the rest of the planet contained a thriving community living alongside a large dam. A small family of mechanics had been put on retainer to maintain and store Infil’a’s ship until he was ready to complete his vow. The Jedi may have rejected possessions and sworn off money, but someone on Coruscant must have been the Jedi’s accountant. The logistics of running an entire Order of Jedi are probably kept somewhere in a vast Disney archive of deleted scenes. I was happy to spot an old Jedi Starfighter that belonged to Infil’a. It resembled the model used by Obi-Wan in Episode II.

Infil’a prepared to travel and destroy the Sith Master himself. If he succeeded he would return to the planet to re-establish the Jedi Order. Unfortunately, he forgot one of the Jedi’s teachings:

“Train yourself to let go of everything you fear to lose.”

As it turned out, letting go of innocent lives to defeat the Dark Lord was unacceptable to the aged master. The biggest takeaway from this issue was that Vader disproved any doubts I had that Anakin Skywalker was truly dead at this point in the story. Threatening civilians is a very Sith-like action and the small town all became victims of Vader’s wrath. He rebounded, as I knew he would, and used the Force to overwhelm Infil’a by preying on his emotional attachment to the people. The title of the story “The Chosen One” was appropriate because the reader cannot forget that, Dark or Light, Vader was conceived by the Force itself. He may not be invincible with a saber, but even his Force Potential dwarfs Palpatine and Yoda. He found the Force and unleashed that potential upon the helpless dam dwellers of the city.

In the Star Wars Galaxy it’s clear that if you live by the lightsaber you die by the lightsaber. There was no question that the Jedi was superior at this point to Vader in dueling skills. I recognized Infil’a employ a Form III Jedi stance in the artwork that was highly reminiscent of Obi-Wan’s preferred lightsaber style of Soresu. Soresu, of course, was the same fighting form that had just cost Vader most of his humanity only a few days before this battle. Vader also proved he learned from the fight with his old master by choosing the high ground for his second confrontation with Infil’a. Vader’s cunning as an opponent may be unmatched, and Infil’a made a grave mistake in underestimating his opponent in the previous issue.

Still, Infil’a could have defeated Vader once and for all and left us with a far less iconic villain for the Original Trilogy. Instead, he feared the loss of life for the citizens of Mount Pasval. In all his years taking the Borash vow in isolation I believe he developed an attachment to the world. Vader had already learned the danger of attachments and used his enemy’s to his advantage. And that signaled the end of Master Infil’a as Vader claimed his lightsaber. Infil’a’s lightsaber hilt was aesthetically pleasing and I suspect it will show up clipped to the belts of several future cosplayers. I still believe there is a rich backstory for the Borash Jedi just waiting to be told before he took his vow. His sole purpose in the order was to fight, so he most likely served as the Academy’s battle-master prior to Cin Drallig who occupied that position in the prequel era. Infil’a may have even been Drallig’s teacher, which would have made this confrontation with Vader more significant considering Anakin/Vader slew the instructor known as the Troll in the Temple raid in Episode III. 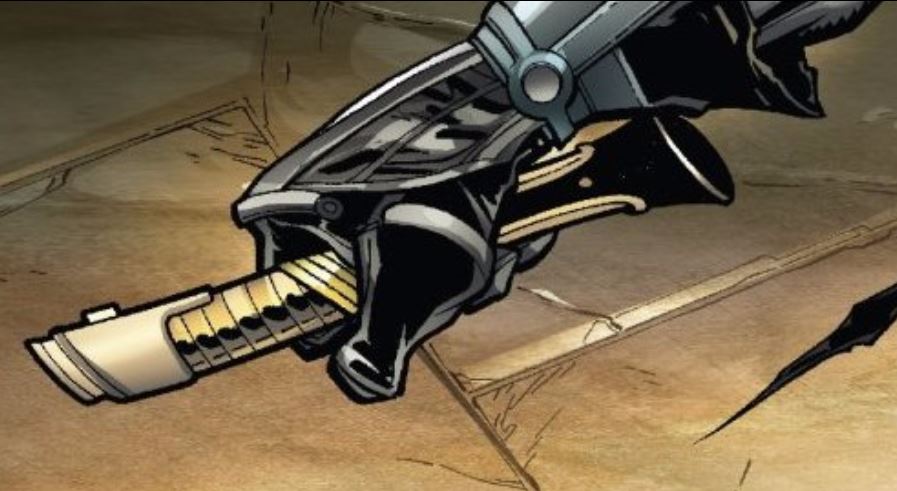 Now I await the exciting conclusion to this storyline which has been enthralling me since the first issue. In the next issue we are certain to witness Vader construct his iconic lightsaber from the parts and crystal of Infil’a’s hilt. Infil’a now has forever cemented his place in Star Wars canon as the unwilling donor of a Kyber crystal that would be used by the Sith Lord to kill Obi-Wan Kenobi, slice off Luke Skywalker’s hand, and finally, blow up with the Second Death Star. It’s been an incredible journey for the Chosen One and I look forward to its finish in Issue #5!