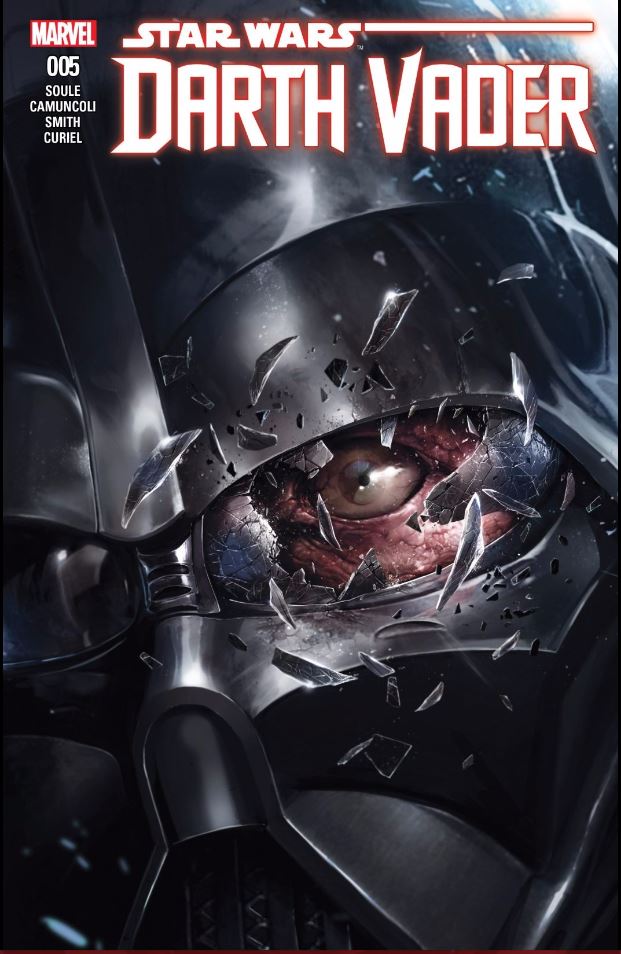 Soule and team have carried me on a journey with this Darth Vader storyline that I didn’t expect to find so enjoyable and, for lack of a better term, “Star Warsy”. This may generate some hate, but IF I had to decide right now, I would much rather see an adaptation of Vader acquiring his red lightsaber crystal than a Young Han Solo origins movie. This was the Star Wars story we always wanted but never knew it until it was delivered. Vader has spent the last several issues on a daring mission to take a lightsaber from a fallen Jedi in combat. He completed that goal last issue when Master Infil’A fell to his doom and Vader took the Jedi’s emerald blade for his own.

Now Soule has accomplished what I never thought possible: I became a fan of Star War’s new lightsaber crystal rules. It wasn’t easy. Now, the lightsaber of a Jedi must be powered by a Kyber crystal. The change in the new canon revealed that Kyber crystal color is determined by the Force affiliation of the user. This has been rather controversial among fans, to say the least. The Clone Wars series revealed in the episode The Gathering that these crystals are obtained by the Jedi Order during a Jedi trial called the Gathering. The Sith, however, endure a far more brutal experience than just a team-building activity in a cold cave.

For Vader, we also discovered that there was no rest for the wicked immediately after Episode III. Vader completed his goal in acquiring the crystal, but surprisingly that was not the end of his trial. No, Yoda had it wrong. The Dark Side is not the easier path. Not only must a Sith take their crystal by force (pun intended) they must then convert that crystal to the Dark Side.

This is the aspect of the new canon that many diehard fans have had trouble with since it was introduced into the Ashoka novel. Soule knew that going in and really turned the concept on its head. Palpatine left a pre-recorded message to Vader ordering him to take his new crystal to a place the young Sith Lord would never have returned to on his own: Mustafar. 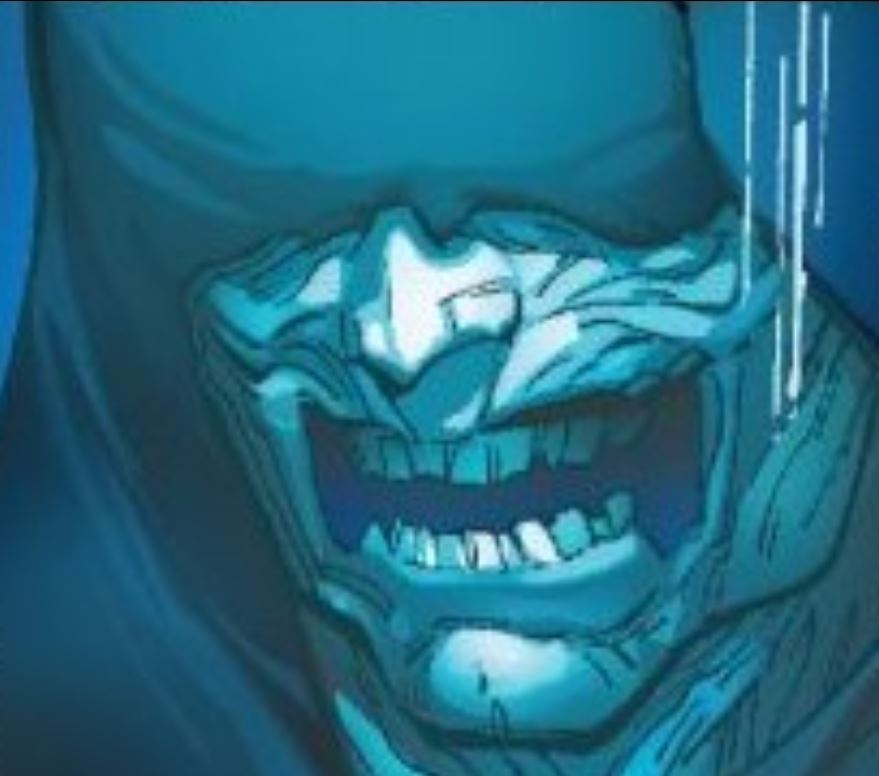 “From the site of your greatest defeat, you shall rise- strong, unbroken…”- Palpatine

Fans were shocked when they caught sight of Mustafar as the location for Darth Vader’s stronghold in Rogue One. No one thought Vader would want to build his summer home on top of the same real estate where he had a disfiguring accident. I would find it hard to relax and take a nice soak there too. This issue revealed that the choice was not Vader’s but his Masters. Palpatine took a page out of the Darth Bane school of Sith Lording to transform that which made Vader weak and make it a strength.

It was during Vader’s sojourn into the bowels of Mustafar that I was drawn in by the iconic nature of the artwork. It became hard to select just a few images from this issue because all of them stood out and told a story that made dialogue unnecessary. Less was definitely more in this issue and the small details- such as the changing color in the eyes of the Sith Lord- were like candy to my retinas. As it turns out, the Jedi was not Vader’s sole opponent in this arc: 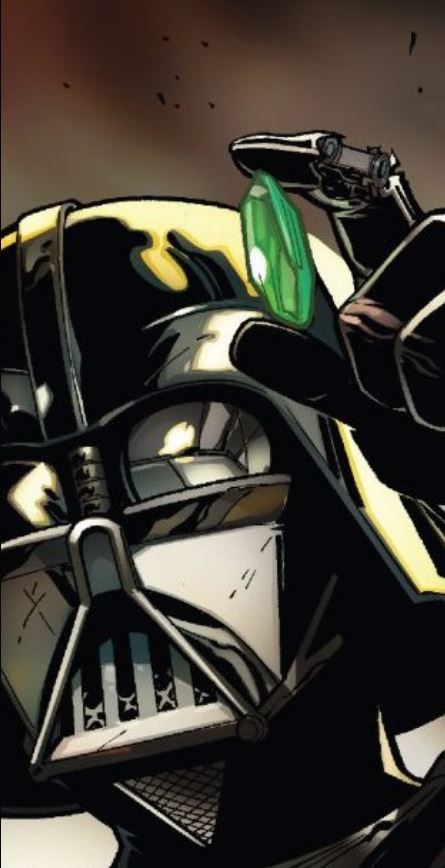 The crystal itself fought back against Vader.

This idea may seem like a hokey religion, but it’s not impossible when considering that the crystal itself is alive. For decades this particular Kyber crystal had served Master Infil’A. Like its Master, it was not going down without a fight. This led to some exciting Force vision and “What If” scenarios that would make for great ammo if I ever take on James Gavsie in a #WhoWouldWin battle between Palpatine and Sidious. Be sure to hold your gasps until the end of the issue, because I thought for a moment I was reading an old school “Star Wars: Tales” story that would put Vader at the head of the Empire.

The only small complaint I had was the artwork for Palpatine. He was drawn in a cartoonish, caricature, fashion that made him appear like a He-Man villain rather than the cerebral tactician and Sith Lord I’ve come to love. The previous Vader comics took some liberties with his look but maintained the realism. Here his expressions, dimensions, and school-bus yellow teeth were just over the top. It took away from the serious nature of his panels which were, gravely, required for the end of this arc.

The next issue promises to answer more of my questions from Star Wars, including Star Wars Rebels! The cover promises the arrival of the Inquisitors and features the Grand Inquisitor from season one of Rebels. From what we learned about his past in Season 2, I can’t wait to see what the writing team gives us with this Force order in the early Imperial Era of the Star Wars Galaxy. 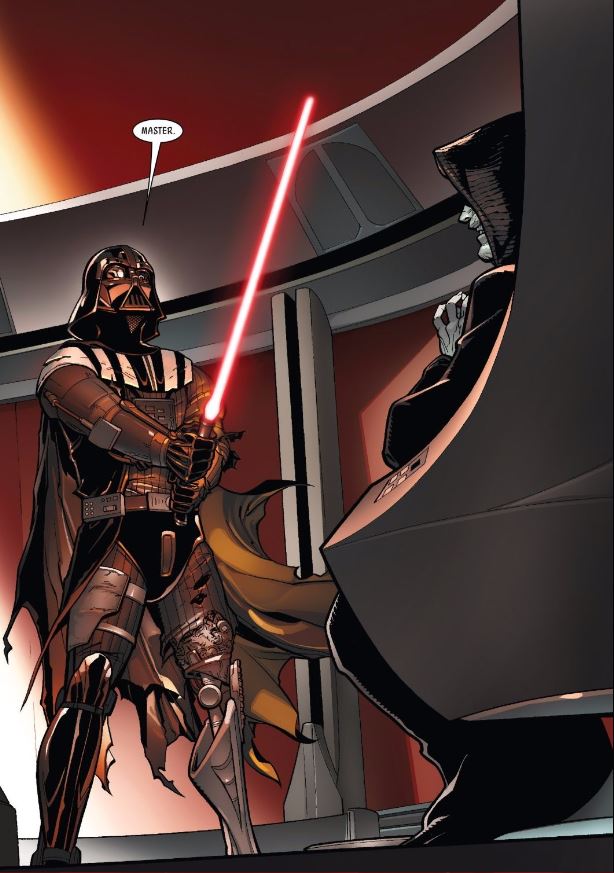 Sound off to me @JSandlinWriter, and check out my podcast #WhoWouldWin right here on the GWW Radio Network (https://media.zencast.fm/whowouldwin). My children’s book is currently available on Amazon as a fundraiser item for my son’s elementary school: https://www.amazon.com/Little-Wolfie-Riverhill-School-Sandlin/dp/1522073132/ref=sr_1_1?ie=UTF8&qid=1504062505&sr=8-1&keywords=little+wolfie+of+riverhill+school