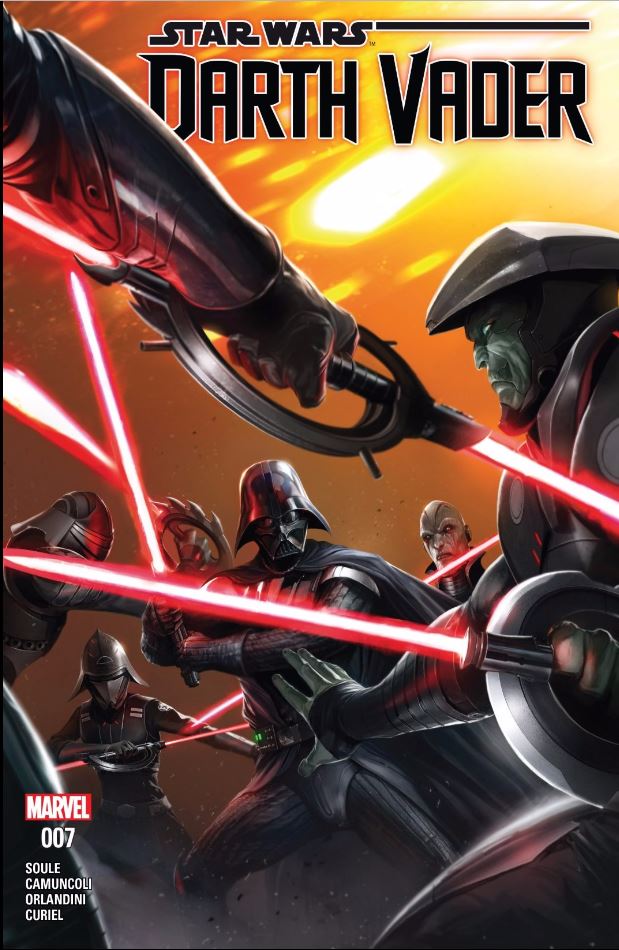 If knowledge is power, then the Jedi’s elderly librarian is the greatest threat to the Sith’s new stranglehold on the galaxy. The Darth Vader series continues to cover the early days of the Empire after Episode III. In this issue, Vader babysits the Inquisitors and begins a honey-do list for his still-new master Palpatine.

The series so far has done an excellent job of depicting a young Lord Vader finding his way as a Sith Lord. Already in this arc, he has 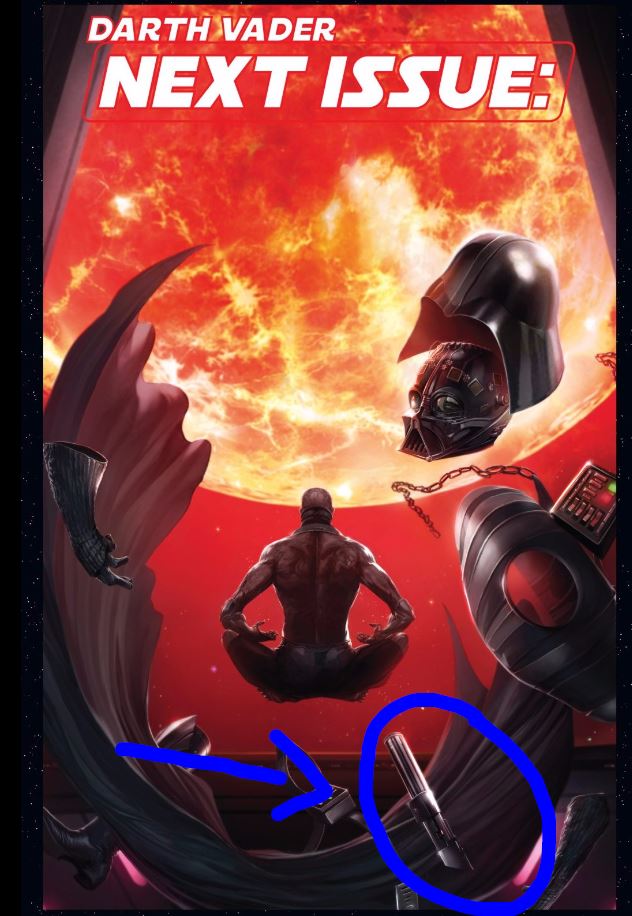 gone a long way towards coming into his own as a force of pure evil. This was clear when he trained one of the Inquisitors and utilized pain as the greatest teacher. It became clear that the Empire will have to make serious investments in robotic limbs with Vader as the head trainer.

It was also neat for fans of the prequels to see that the Emperor is training this dark Jedi sect in the Works district of Coruscant. This was the same area Sidious used to conduct his Sithly business while he was hiding in the shadows right under the nose of the foolish Jedi Order. (Insert evil laugh)

Soule also revealed that all the new Inquisitors were former Jedi. This makes sense because where else was Palpatine going to find Force-trained warriors on such short notice? 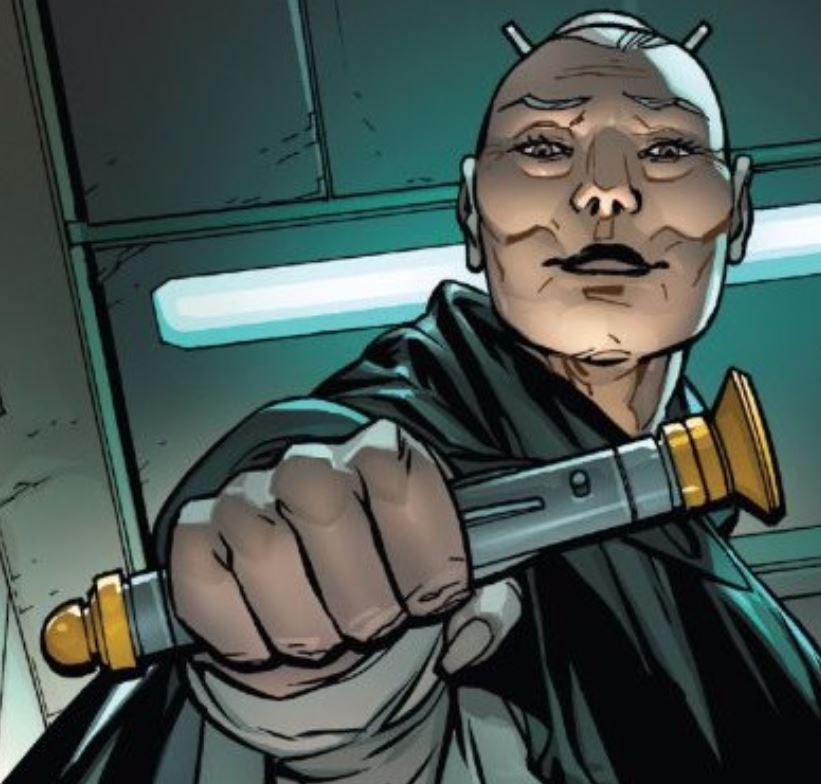 On the other mechanical hand, we already learned from The Clone Wars that Order 66 was ingrained into the very DNA of the Clone Troopers. The white-shelled soldiered were conditioned to kill all Jedi the moment they were triggered. The survival of the Inquisitors is a testament to the careful skill and meticulous planning on Palpatine’s part. He had to know ahead of time exactly which Jedi would be open to joining the Dark Side and then keep them segregated from the Clone Wars during Order 66. Not an easy task for the busy ruler of the galaxy!

I was happy to see that my prediction from the last issue was correct. The surviving Jedi shown in hiding was head archivist of the Jedi Order, Jocasta Nu. Palpatine noted her talent in the Force was marginal and her combat skills non-existent. Even so, the Sith Master sees her as a dire threat to his Empire simply because of her vast esoteric knowledge of the Force.

This proves the old adage that knowledge is power and knowledge of the Force may be the most dangerous of all. 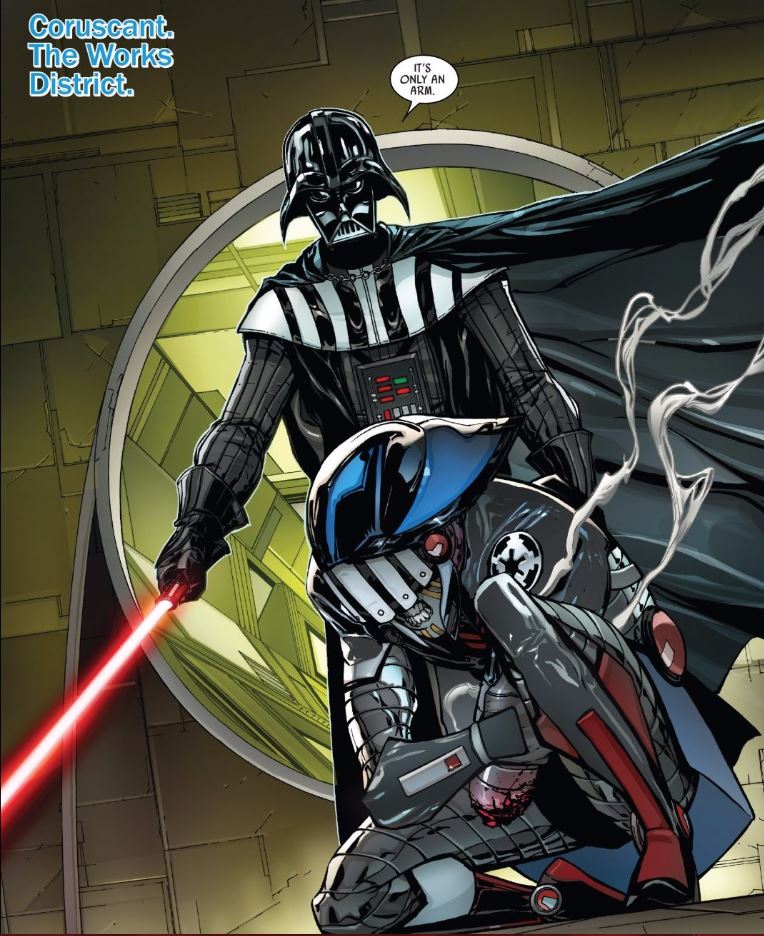 This issue was largely a bridge to the search for Jocasta by Vader, but I loved the implications it introduced. Jocasta hid away from the Empire and never planned on attacking it like Master Infil’a from the last story-line. Her plan is to build a school for the next generation of Jedi, which she knew would come after she became one with the Force.

I believe this will open the doors for future stories and crossovers for Luke Skywalker to discover the mini-archive she created. Soule also succeeded in keeping me guessing for what is to come in the future issues!

There’s a highly prized treasure of the Sith and Jocasta knows where it is! What could it be? A Holocron? Kyber crystal? Or perhaps it’s something alive!
I’m excited to find out in the coming issues. I was also excited to see the preview for the next issue. It shows Vader preparing his armor, and his lightsaber is encased in its familiar shrouded appearance that fans know from the Original Trilogy. It’s about time he customized his design!

What do you think Jocasta is seeking out in this issue? Why does Palpatine want it so badly? Let me know your theories on twitter @JSandlinWriter.