Scott Snyder’s Dark Nights Metal was the comic event of the summer and to keep the Metal train a rolling, DC Collectibles has announced a new line of Dark Nights Metal statues and figures that bring to life the horrors of Snyder’s heavy metal inspired run. These 7″ statues feature the twistedly evil versions of the Dark Night’s Batmen and one Batman with Darkseid baby, all 7 figures will be a must own for any fan of this epic event.

Coming in 2019 these horrific renditions of Gotham’s greatest savior will be looking to take over your shelves. Check out more from DC Collectibles and get your first look at The Dawnbreaker, an evil batman that possess the power of the Green Lantern.

Launching in May 2019, the line will recreate eight characters from the series in total, including the fearsome Batman Who Laughs as a deluxe statue. You can also look for a Batman with baby Darkseid statue, as well as the six other Dark Multiverse Batmen: The Red Death, The Drowned, The Dawnbreaker, The Murder Machine, The Merciless and The Devastator.

Fans looking to build a perfect—and thoroughly metal—display should note that all of the statues feature uniquely shaped bases that are designed to be configured together in a variety of ways. It’s a DC Collectibles first! Even more, some of the pieces also feature interchangeable parts and articulation, another aspect which helps to set these statues apart from the rest. 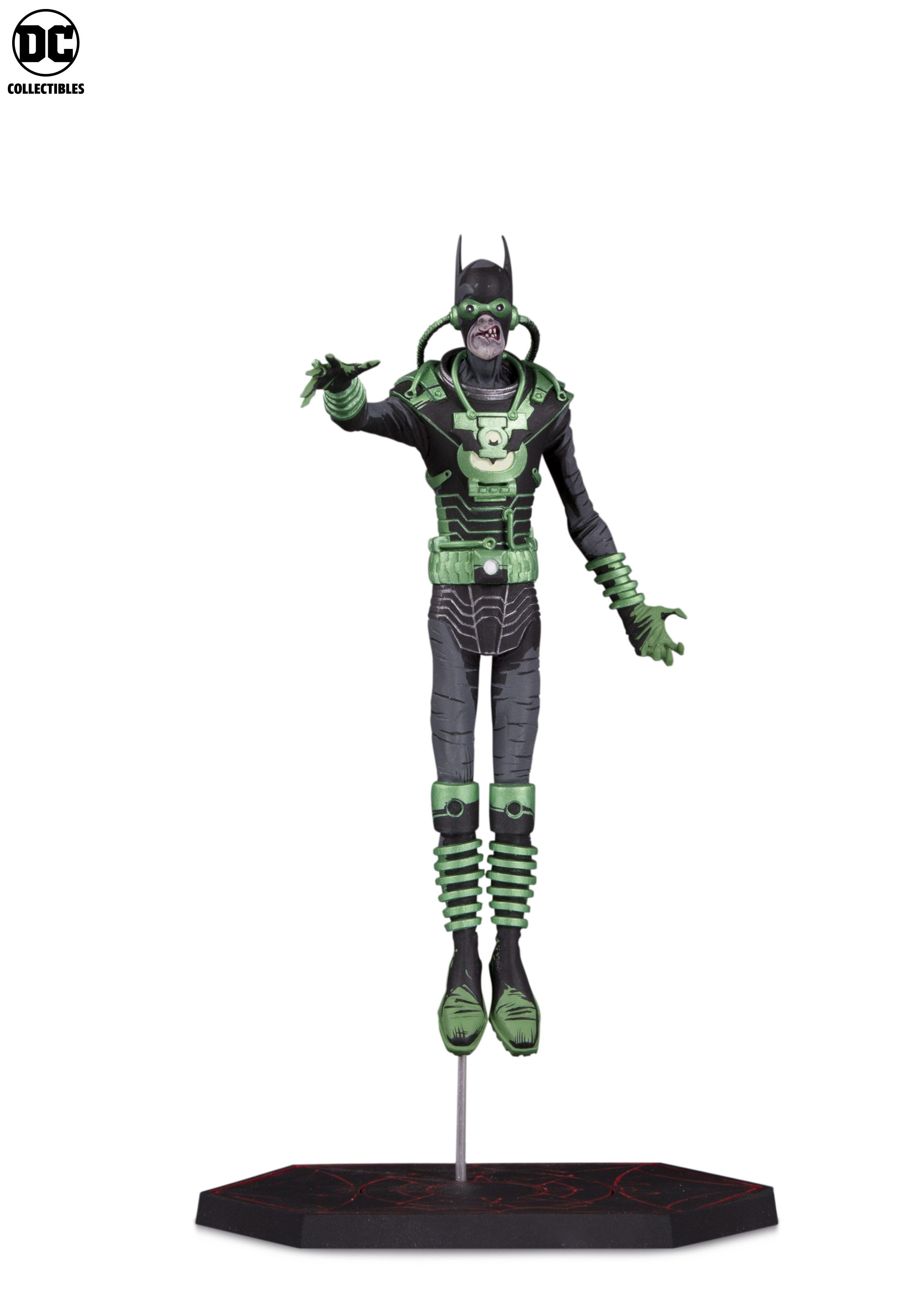 DARK NIGHTS: METAL BATMAN: THE DAWNBREAKER will be the first statue out of the gate in May 2019 and will be available for purchase at an MSRP of $85.00 . Intricately sculpted by Adrienne Smith, The Dawnbreaker features an interchangeable hand, allowing you to switch between his normal appearance and one where he’s forming a construct.

We wanted to celebrate DC’s successful run of the Metal series through this statue line,” explained DC Collectibles’ creative executive director, Jim Fletcher. “It’s thrilling to see Capullo’s Batmen designs to come to life in 3-D form and we think fans will really enjoy the intricate details and customizable accessories and bases. While not poseable, these statues are basically in scale with all our previous Capullo action figures, so they will be great companion pieces when they are all displayed together.

When asked how it was working with DC Collectibles on this project, superstar artist, Greg Capullo, couldn’t have been more excited.

Is this cool or what!? said Capullo. I knew Scott and I had created some really fun characters when we were doing Metal. Seeing them brought to life in this way is an amazing feeling.

With the success of the comics series and the number of metalhead comic fans out there, these statues are likely to move pretty quick. Don’t miss your chance to grab them as they roll out throughout the upcoming year for yourself or any Dark Nights: Metal fan in your life.

Have you seen this:
Busts Rule with Diamond Selects Latest Offerings (11/5/2020)
DC Collectibles the dawnbreaker