Dark Nights: Metal is poised to take the comic book world by storm this fall and the epic story that reaches across the entire DC Comics universe will spawn a series of one-shot comics featuring the twisted denizens of the Dark Multiverse and their quest to terrify the Earth.

DC Comics has released the first covers for two of the highly anticipated one-shot comics featuring twisted version of Batman set to take over Gotham. Evil versions of the Dark Knight are coming to terrorize Earth this fall! Seven one-shot comics that tie into the upcoming DARK NIGHTS: METAL event are on the horizon, each spotlighting a different, corrupted version of Batman spawned from the Dark Multiverse.

The first one-shot will be Batman: The Red Death #1 on September 20th. The issue, which features a twisted Batman with the powers of the Speed Force, will be written by current The Flash scribe Joshua Williamson with art by Carmine Di Giandomenico.

Have you seen this:
DC Reveals New Batman for Future State 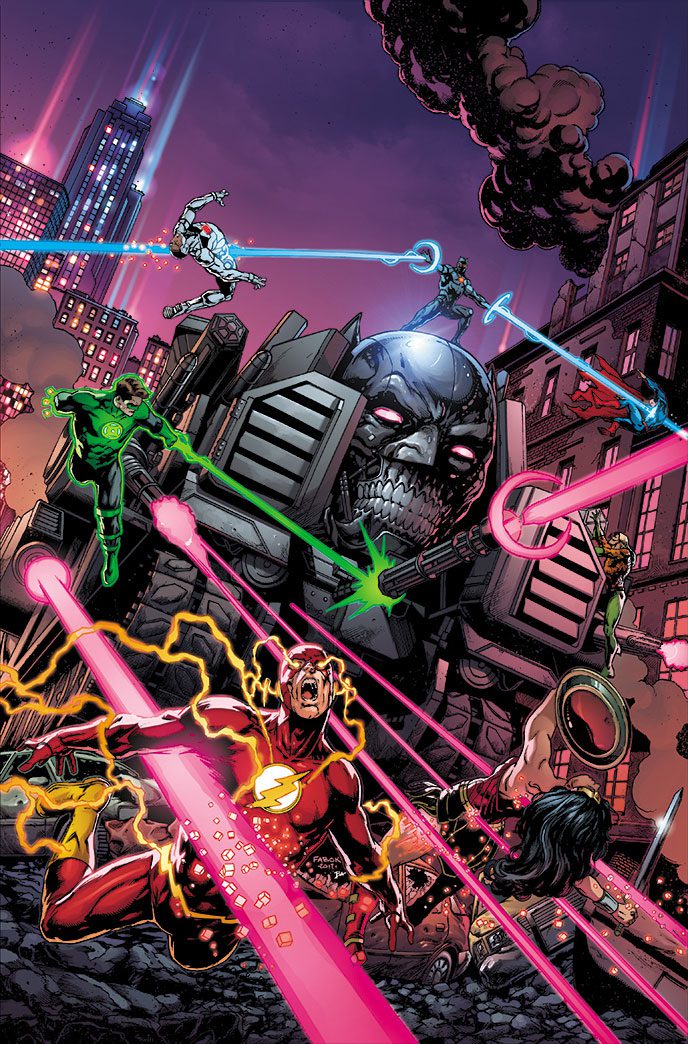 On September 27th, Batman: The Murder Machine #1, a corrupted Batman with the powers of Cyborg, will descend onto Gotham to wreak havok. The issue will be written by Catwoman and Gotham Underground scribe Frank Tieri with art by Ricardo Federici.

All of the one-shot issues will have covers illustrated by Jason Fabok and Brad Anderson so prepare for more reveals in the coming weeks.