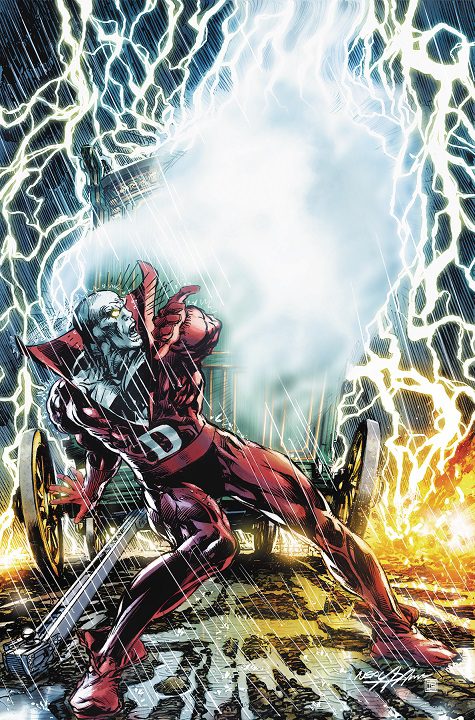 I’ve always had a love/hate relationship with Boston Brand. I’ve loved the way that he takes the world in stride and has hope that someday he’ll be free of his curse. I’ve also hated the way that he’s been saddled with a relatively weak supporting cast of characters. As Boston Brand watches over a sleeping child, the ghost of the sensei appears and attacks him. When Deadman informs the attacking spirit that the baby he’s been inhabiting is in distress, causing the Sensei to return to the child’s body.

As Boston comes to terms with the fact that the Sensei will get to live again in the body of the child, he angrily lashes out 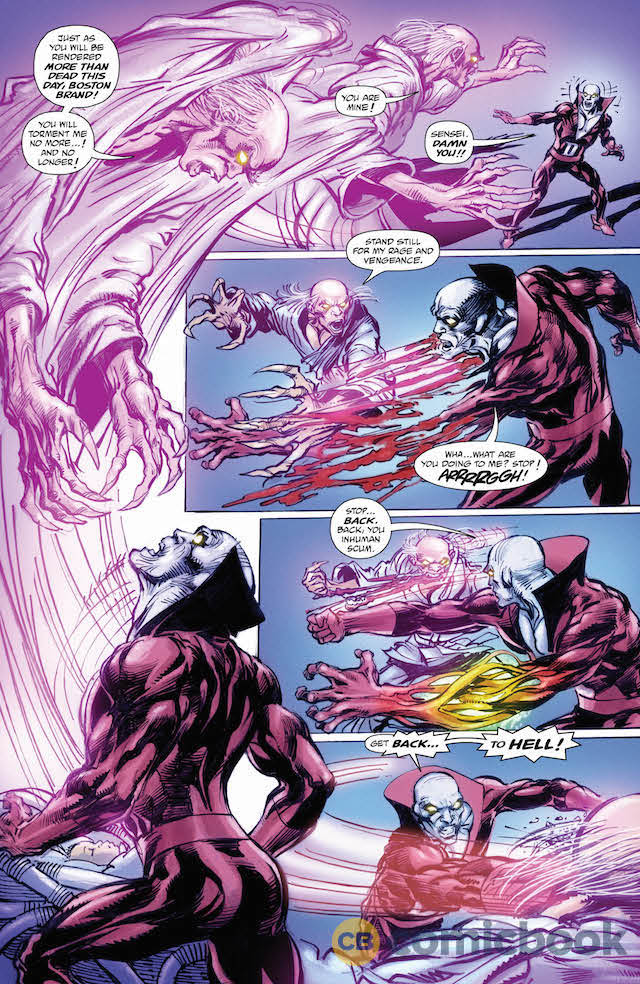 at his circumstances. A tantrum that calls for the Phantom Stranger to intervene. He offers to send Boston back in time to where his story began, but Deadman is reluctant to trust the Stranger, especially when the fact that Stranger wants something in return in revealed. Boston is transported to the circus he used to perform in to find his brother and his family getting into a war of words about their parents before taking the stage to begin a dangerous stunt. One that costs someone their life.

As Boston makes his way to the roof, he sees the man responsible and uses what methods he can to track him down to get answers. Answers that bring Boston more than he bargained for when he’s face to face to face with Phantom Stranger, Etrigan and The Spectre fighting over the life of an assassin. Adams has done a great job of bringing the reader into the often unexplored supernatural side of the DC universe. Bringing in the characters that he has gives Boston’s story more weight and has peaked my interest to see what’s next.