Dealing with some Cold Realities in Powerless 1X05 Review

It’s 80 degrees in Charm City and Emily (Vanessa Hudgens) is wondering why everyone in the department is dressing for winter. Apparently, when it gets warm, all of the snow based supervillains decide to come out. After listing the almost ridiculous amount of cold based bad guys in the DCU, Emily gets to experience it first-hand. 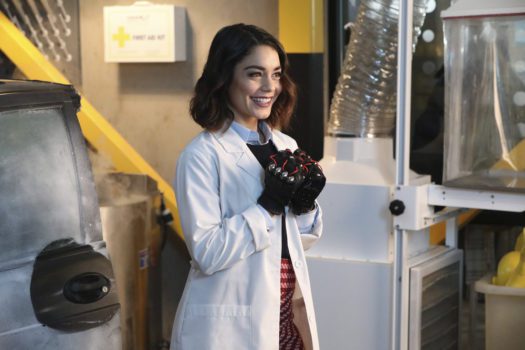 In the A story for this episode, Emily has discovered that the Wayne Security team is not only dysfunctional, but also treated as a group of nobodies. A distinction that Emily takes no shortage of offense at. In order to prove to the company that her division is an integral part of the company, she enlists Teddy (Danny Pudi) and his recent invention of heat gloves to try and win the Wayne Enterprises R&D award as well as the $100,000 prize. Unfortunately for Emily, she finds out from Jackie (Christina Kirk) that Teddy has a tendency to take competition personally and failure even more so. Jackie continues to be one of my favorite characters on this series and her deadpan and dry delivery are always funny in every interaction she has. Undeterred, Emily decides to encourage him to compete. When he decides to wait on the gloves to be ready, Emily is egged on by the two guys from the elite Wayne R&D team. This leads her to enter Teddy’s invention without his knowledge and when he finds out the results of the contest, he is not happy. 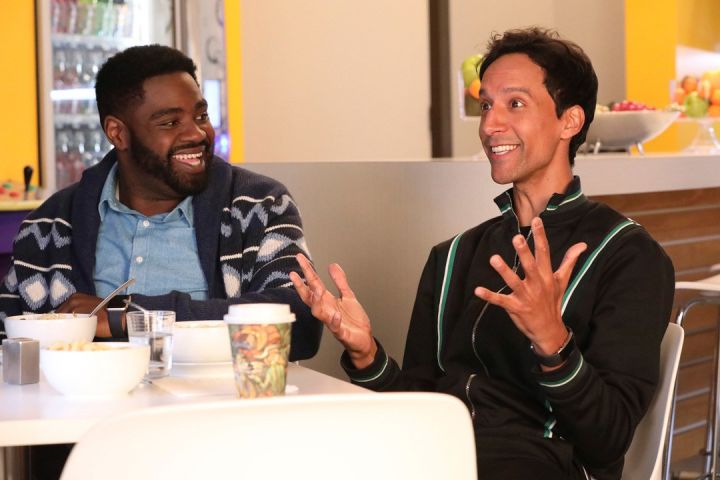 The B Story in this episode is all about Ron and Van, which is actually pretty hilarious. It’s a classic trope about an overbearing boss taking advantage of the nicest guy in the office. Van (Alan Tudyk) has decided to take the woman he’s seeing on a ski vacation and orders a toy Superman car for her child. He enlists Ron (Ron Funches) to build it for him even though the researcher has made plans to sled through the city. After building the toy and sending it to Van, he is called by his boss and informed that the woman’s child is a girl and that he needs Ron to put together a replica of Wonder Woman’s invisible jet for the little girl to play in. Ron agrees to again, but is getting more and more frustrated at the constant requests from Van. He’s encouraged by Wendy (Jennie Pierson) to tell Van no after she tells him how easy it is to take advantage of his kindness (Personal note: Never lend Wendy your car keys.) This leads to a funny confrontation between the two when Ron is asked to build additional replicas for the child’s “Squad”. 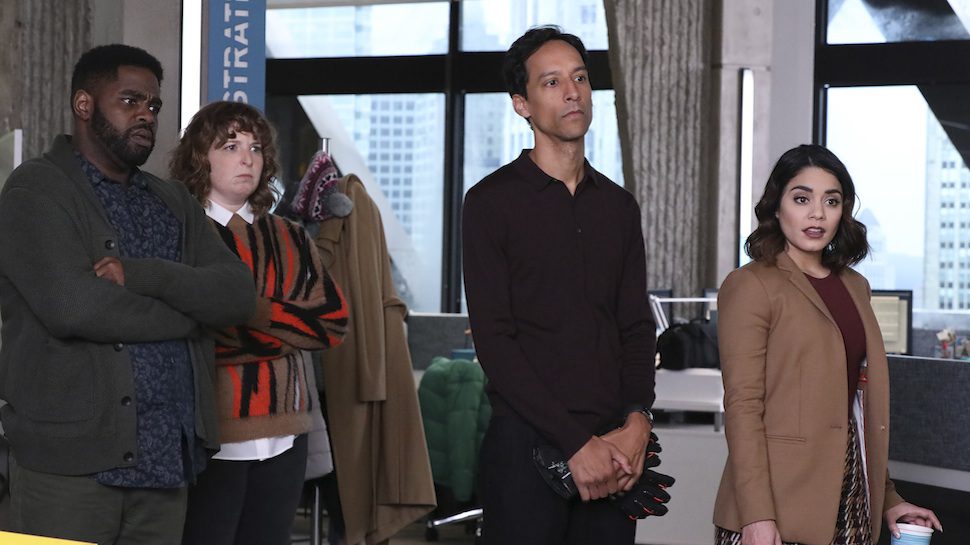 This was a satisfying episode. There were some genuine laughs to be had in the interactions between Van and Ron. That dynamic was classic sitcom, but it was done really well. The Emily/Teddy storyline started off really well and managed to give some comedic insight into Teddy as a person. Unfortunately, the story falls apart towards the end and the introduction of Teddy’s parents and brother didn’t really go anywhere and could have been explained through exposition. The interaction with Crimson Fox was funny and I liked that the cold villain was left ambiguous. This was a good episode that had some really funny moments. I just hope that they find a way to innovate and elevate the series instead of relying on overused sitcom tropes. 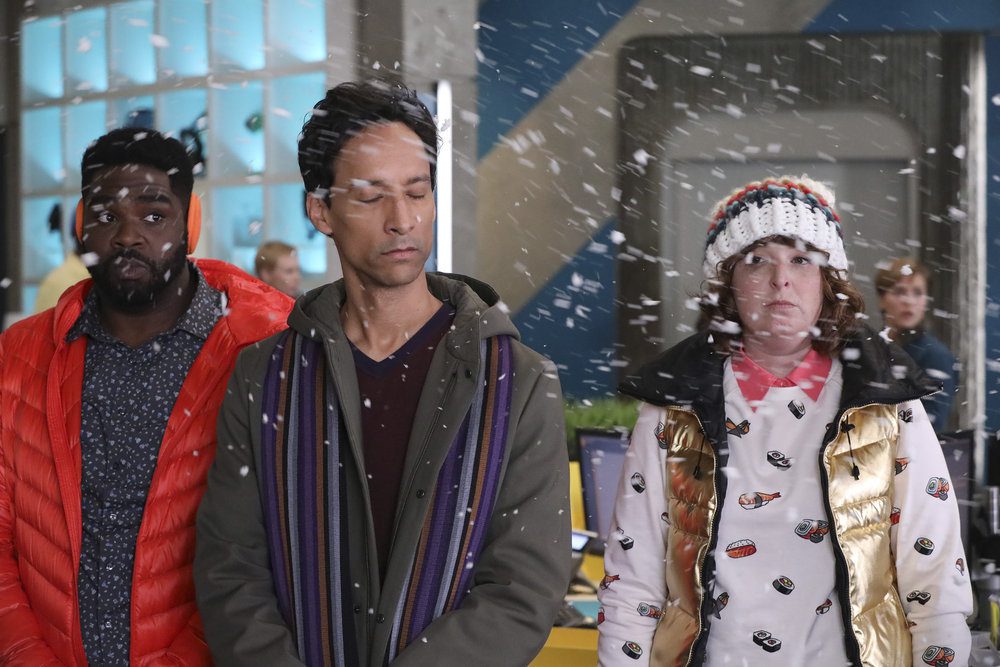