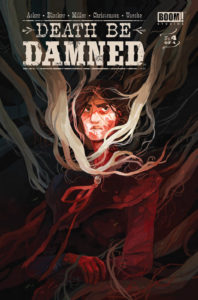 In the conclusion of this four-part series, there is a reckoning coming. The series has dealt with death and grief in ways that both thrill and intrigue. In the conclusion of this story, Miranda finds herself unable to leave the void in order to help Joseph. Miranda has come face to face with the soul of Joseph’s wife Heather and she has a sobering message for the both of them. A message that will mean the end for one of them. As Miranda continues to fight back against the revelation that not only does Heather not want to come back, but that the creature stalking the two of them isn’t after her, she exerts her considerable will to bring herself back in order to save Joseph. 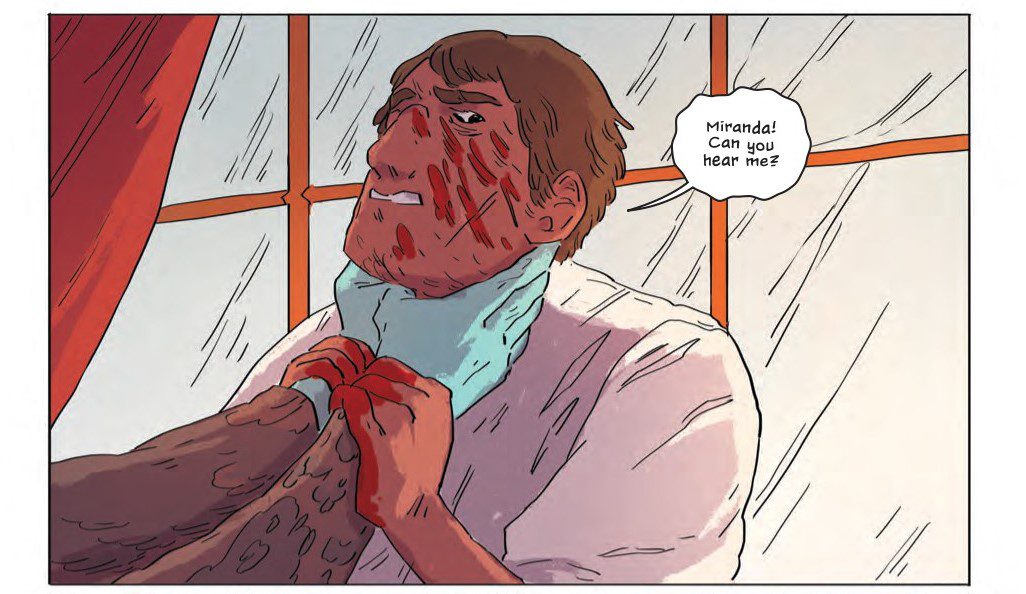 As the pair escapes the crazed zombie, they are set upon by the mastermind of the plot to kill her family. Someone from Miranda’s past that in her current state, she can barely remember. Someone that hates her so much that he is willing to take everything and anyone away from her in order to exact his revenge. As Miranda takes another trip to the void, she comes back minus more and more of her memories and it’s up to Joseph to remind her from his journal who she is there to kill. 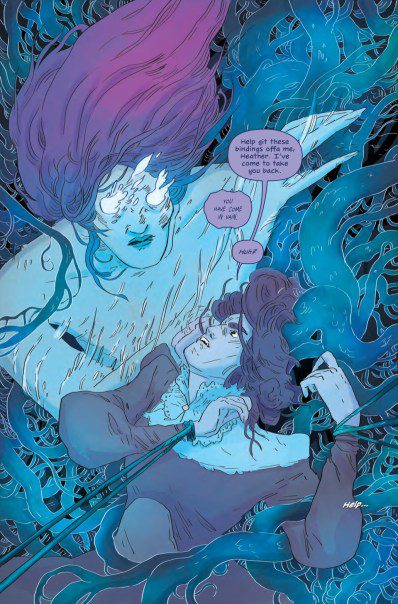 As the pair fulfill Miranda’s thirst for vengeance, the specter of death and its consequences continues to loom over the both of them. Joseph has been meddling powers that he cannot understand. Miranda continues to lose more and more of herself each time she denies death and a reckoning is coming for both of them.

There are so many details of this story that I would love to write about, but almost all of them would spoil the overall story and it is one that I recommend reading. The story began with tragedy and its conclusion follows that theme in a satisfying way. The artwork is tense in the sequences of violence and beautifully contrasts with the softer scenes in the void. The stories pacing works really well and the tension builds as the story progresses. I really enjoyed the conclusion of this story both bad and tragic. It went in directions I didn’t expect and engaged me caring about the fates of both Miranda and Joseph. Even though this particular story is over, I would love to read this team’s next collaboration.