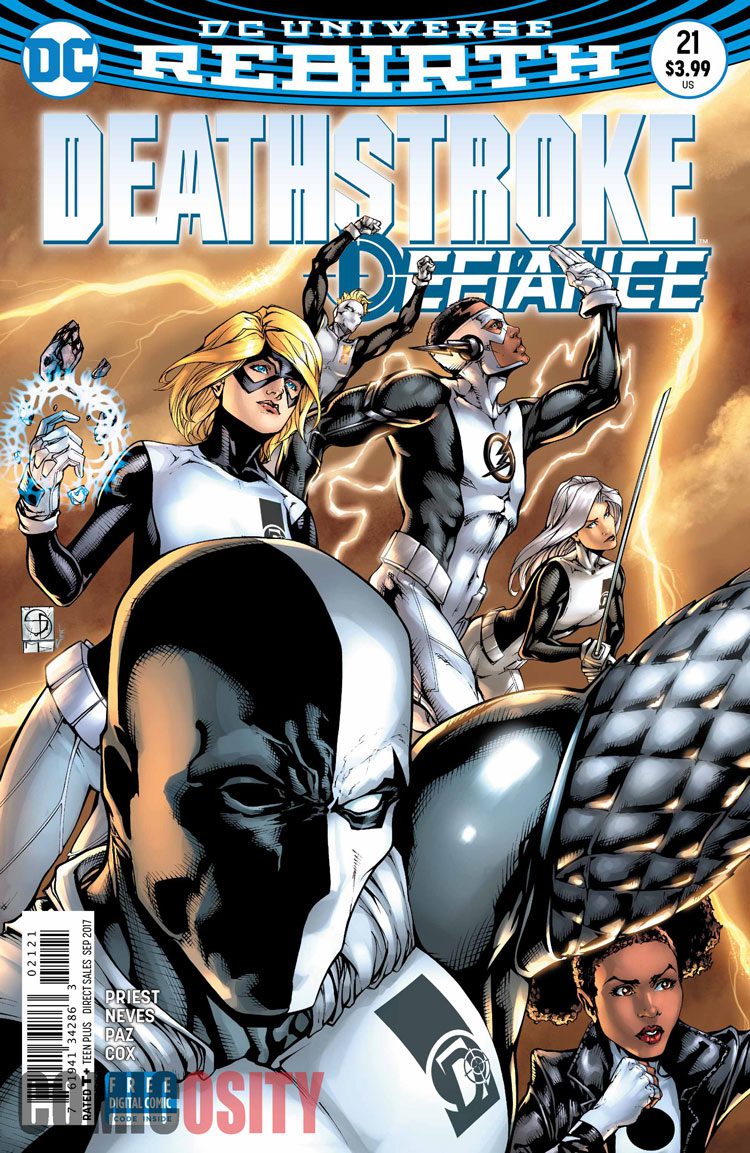 Deathstroke #20 dealt with the direct aftermath of the Lazarus Contract crossover and the start of a new direction for Slade Wilson. By witnessing the Speed Force, Deathstroke had a near-spiritual experience and could have a greater understanding of life. This new perspective leads Deathstroke to create a new team with his son, daughter, Tanya Spears, and Kid Flash Wally West. The issue spends the majority of time setting up the conflict and laying the groundwork for potential betrayal within the team. Priest’s setup of this team feels invokes some of the original Thunderbolts with its’ mixture of antiheroes and hopeful heroes.

Deathstroke’s son and daughter are just as dysfunctional as one would expect them to be with Slade Wilson as a father. Both have ulterior motives for joining up with their father’s team. The motives are related to prior events during Priest’s run. Tanya Spears’ PowerGirl is a reoccurring character in writer Priest’s Deathstroke run and has been both cared for by Slade and caretaker of Slade. Her desire is to use her gifted Power Girl powers to be a hero and working 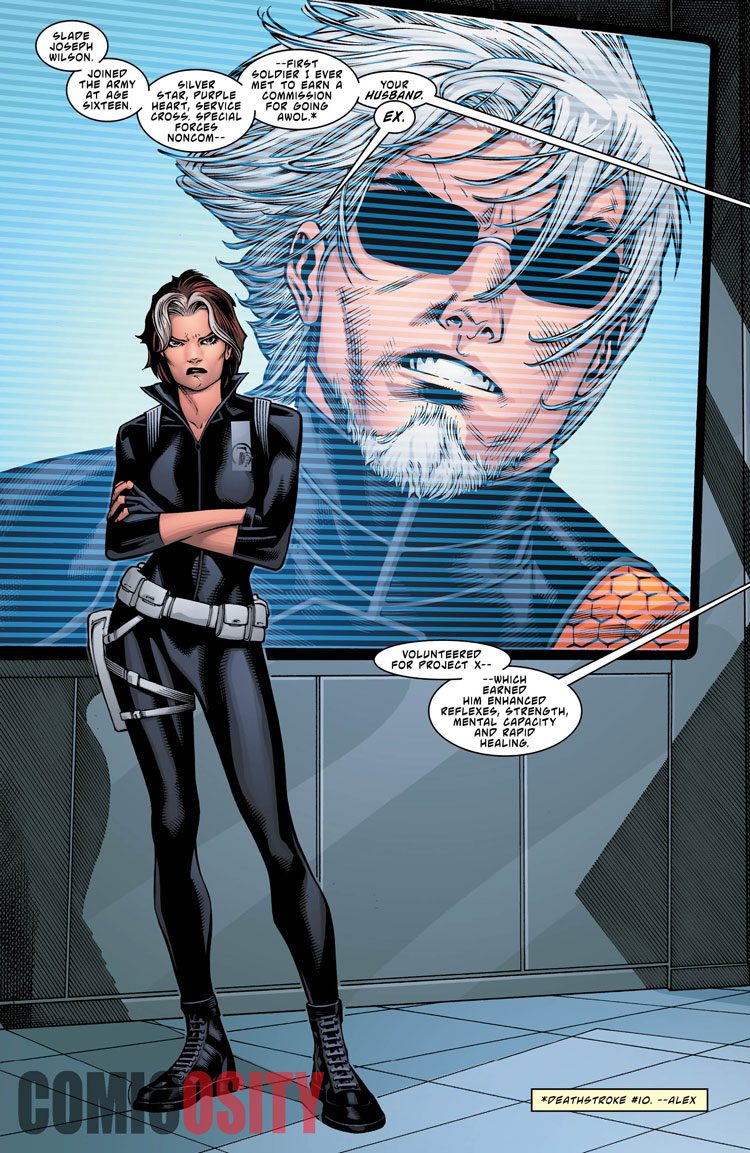 with this team is her opportunity. Kid Flash was kicked off the Teen Titans and Priest is using this storyline to provide a sense of belonging and support that the young Wally West is seeking. This combination is loaded with opportunities for character growth and conflict and is an engaging direction to take the solo assassin.

The final team member shown on the cover and revealed on the last page is a callback to Deathstroke stories in both the New 52 Teen Titans, and classic Teen Titans era. The question with Terra’s character will be which of the histories Priest chooses, or if he will pick and choose pieces from both. The challenge readers contine to face with re-introductions of older characters is which stories and events still occurred and what is their history. The DC editors themselves have stated that Rebirth is less about how everything fits together and more about telling a good story. Priest continues to tell a good story, so readers will be well served to care less and enjoy the ride.

Deathstroke is a character with a lot of skeletons in a lot of closets. This new Defiance / Dark Titans team packs many of those closets all on one team. While it will only be a matter of time before things fall apart, with Priest at the helm, readers can trust that it will be a ride worth taking.