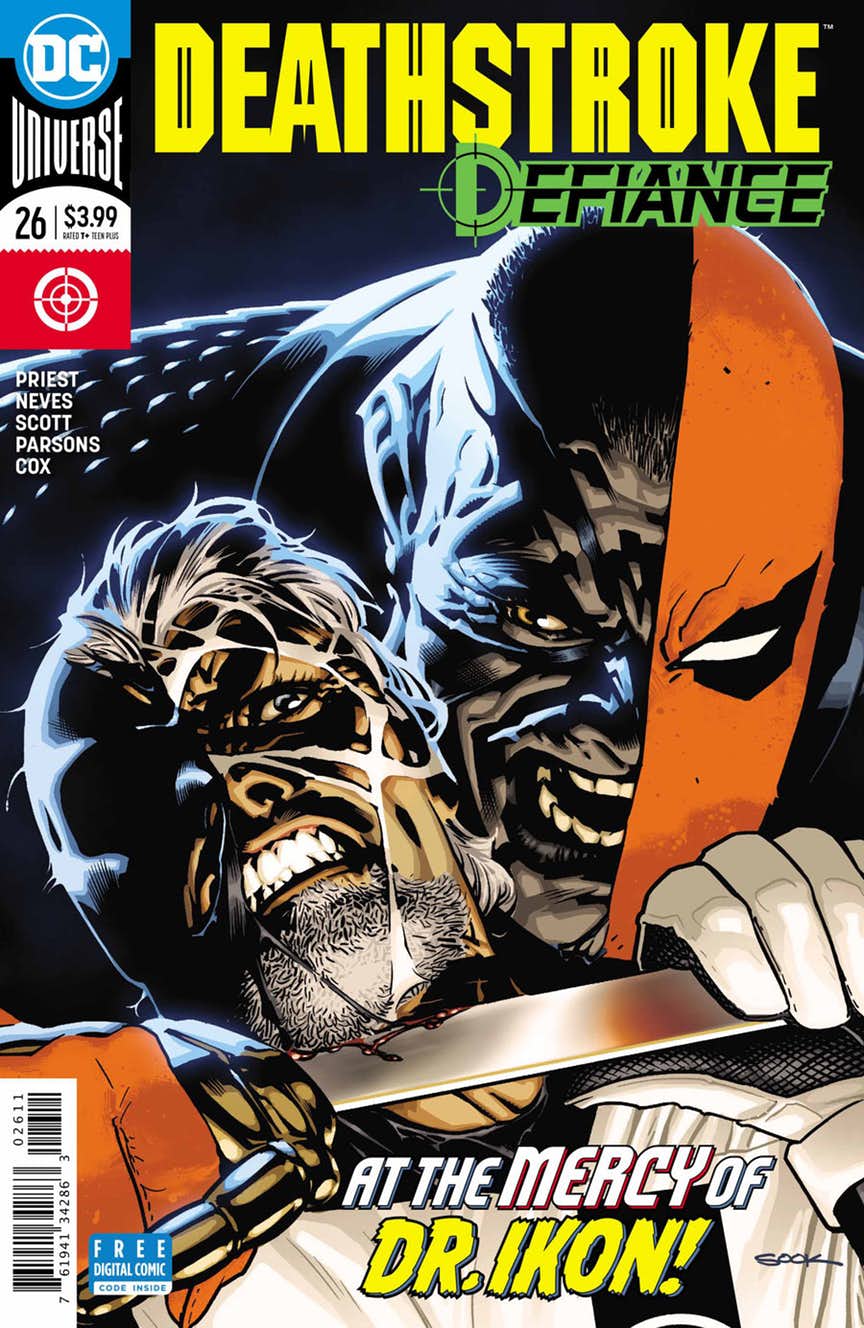 This week Deathstroke writer Priest took over story duties on Justice League and the results are positive. For Deathstroke readers, this should come as no surprise. Priest has woven an intricate narrative that frequently folds back onto itself through references and long-simmering plot lines. Deathstroke #26 continues this practice. Priest creates an issue that inches some storylines ahead, while finally making good on hints and references from months ago.

Priest’s writing and references in this issue create satisfaction for long-term fans who see their investment in the narrative continue to pay off. To Priest’s credit, newer and casual readers are not left with an obtuse or convoluted narrative. Issue #25 served as a side story and was accessible for any reader to jump into. That accessibility continues in this issue through Priest’s use of Deathstroke’s supporting cast. The Defiance team provides exposition for the characters and situation in a way that holds true to their individual characterizations. Because the members of Slade Wilson’s pseudo-superhero team Defiance have come in and out of Slade’s life at different points, they provide a narrative device for newer readers to identify with. New readers may be just as confused with who’s who as some of the characters and Priest successfully balances between explanation, context, and references to prior issues. 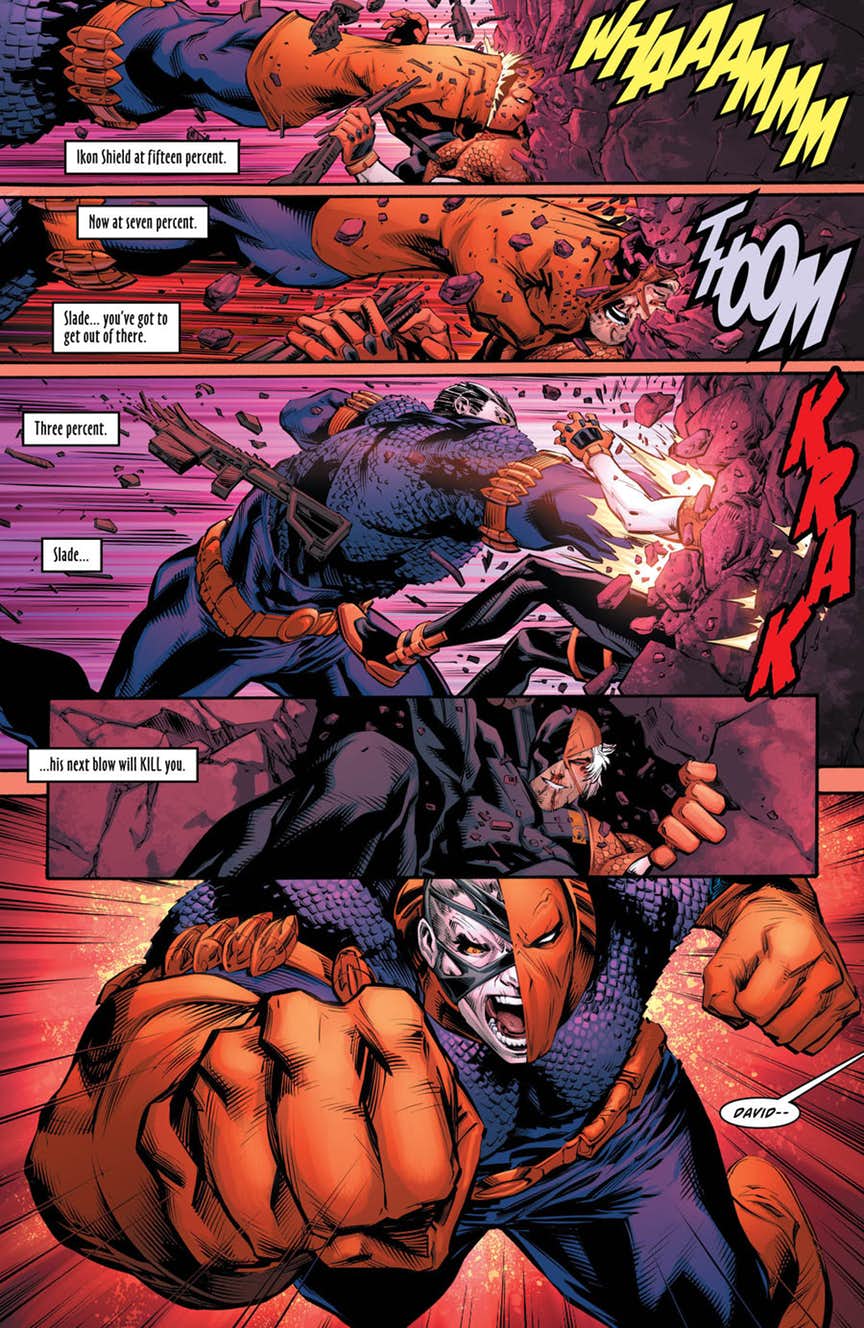 Dr. Ikon, Isherwood, Slade Wilson’s former associate, a former friend, and former romantic interest of Slade’s son makes his official return after being teased in panels over the past months. Like all of Priest’s characters, Isherwood has more depth to his character than his rage and hulking size portray. The confrontation between these former allies is not the physical fight that it may appear. It is a confession and attempted penance.

Priest continues to layer his complex characters in a way that consistently feels earned. While this issue lacks resolution and there are still plenty of plot threats in the process, Priest’s writing engages the reader and never feels like filler. In an age where Comixology and other digital services provide easy access to back issues, Priest narrative never assumes knowledge or becomes inaccessible. Issue #26 continues to weave a narrative that rewards readers that have invested and encourages new readers to invest in Slade Wilson’s world.

DC comics Deathstroke priest
Are you an Insider?News, reviews, & updates are just the beginning.