Next weeks issue of Entertainment Weekly showcases the first look at the assembled members of Marvel’s The Defenders. The limited series is set to premiere this year, but no release date has been given. We have been given some art in the form of the cover of next week’s EW issue. 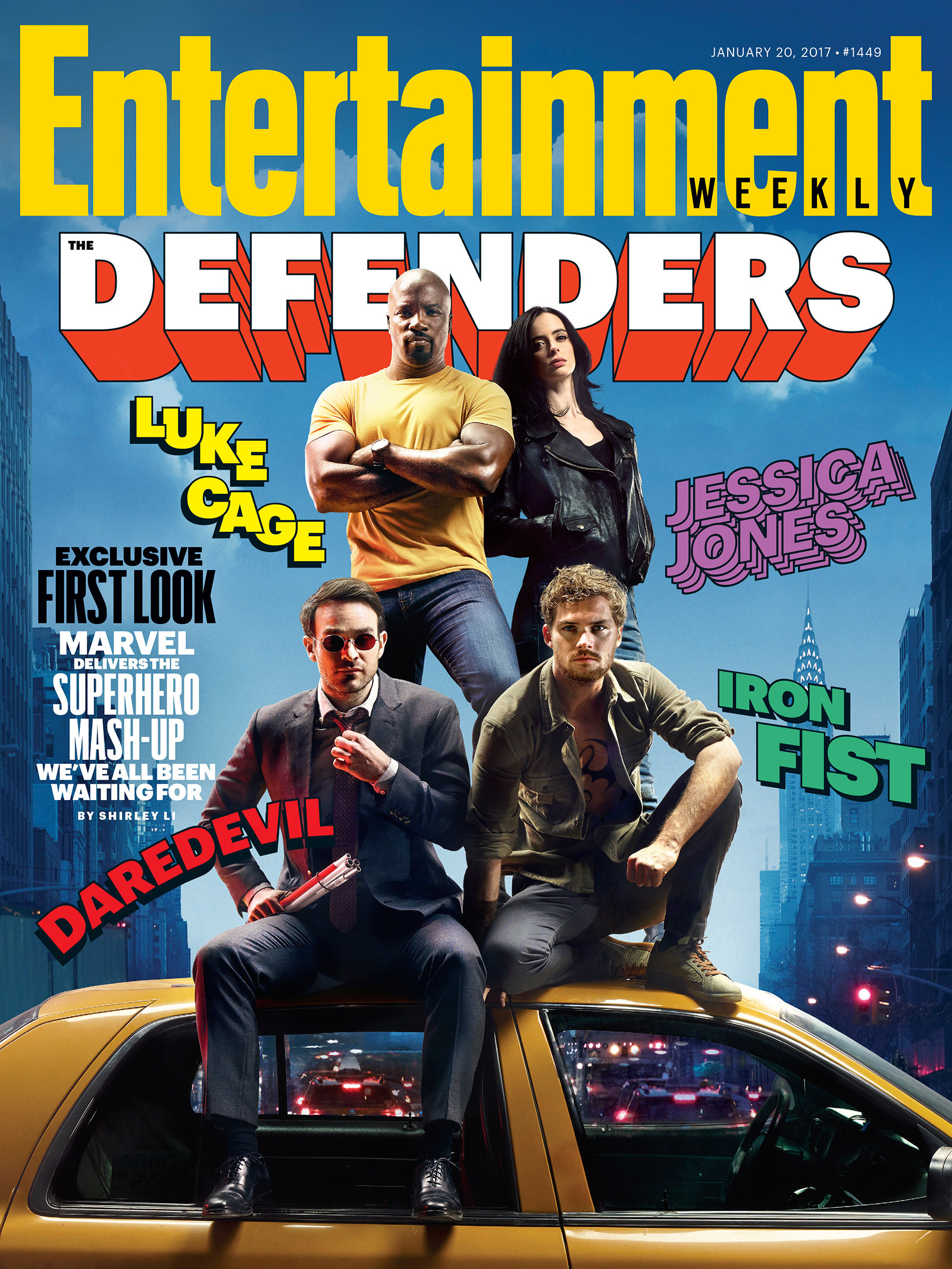 While the plot remains a mystery, EW confirms that the first meeting of the budding superhero team will be due to all four heroes following individual clues that lead to the same mystery. They all converge on the Midland Circle building from Daredevil season 2, which is the site of the giant mystery hole. EW also released a video of the photo shoot for the cover which you can watch on their site.

Have you seen this:
The Cast Fills Up for Hawkeye on Disney+
entertainment weekly Marvel Entertainment Netflix series The Defenders