Developed by Mimimi Games and Published by THQ Nordic, Desperados 3 is an action-packed tactic and strategy-based video game set in the Wild West. The game opens with a cut scene of the desert as two men on horses approach a watering hole. A father-son combo, James Cooper and Johnny Cooper. This duo leads us through the tutorial, ending with the son practicing his knife-wielding skills. In chapter one, we get to see the grown-up Johnny, John Cooper as he leads us through meeting many unique playable characters who work together to complete missions.

The characters in Desperados 3 have their own unique abilities. You can play as the knife-wielder, John Cooper, who is also equipped with dual guns. Doc McCoy, a doctor who can heal your team, and inject your enemies with poison. Hector Mendoza, who can whistle his enemies into a bear trap. Kate O’Hara, a beauty who can disguise herself to seduce the enemy and take them down. Last but not certainly the least, Isabelle Moreau who arguably has the best abilities. She controls enemies minds into doing her bidding, like going undetected in enemy territory and making them take out their comrades. She also has a familiar, a  cat that can distract her target for a small amount of time. 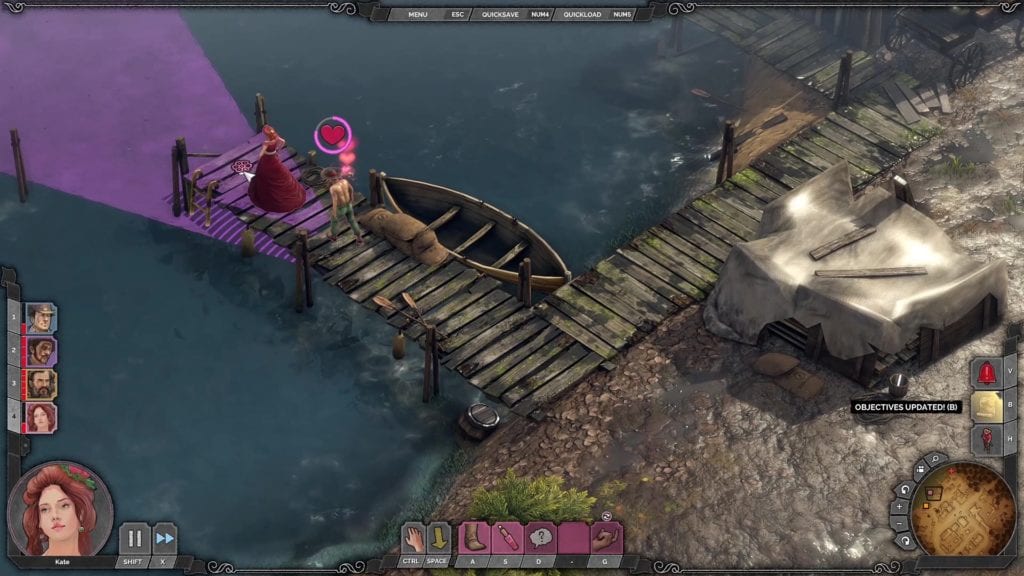 Every encounter in Desperados 3 is a complex puzzle in which you must outsmart the enemies while working in sync with any combination of characters. Any misstep or wrong timing could lead to instant death. This is where the game’s quick-save function comes in handy. The game plays in real-time allowing you to quickly save your game and reload it at any point. The game reminds you if you haven’t saved after a minute of game-play by starting a timer at the top of the screen. This function comes in handy as you must spend a good amount of time trying and devising plans. 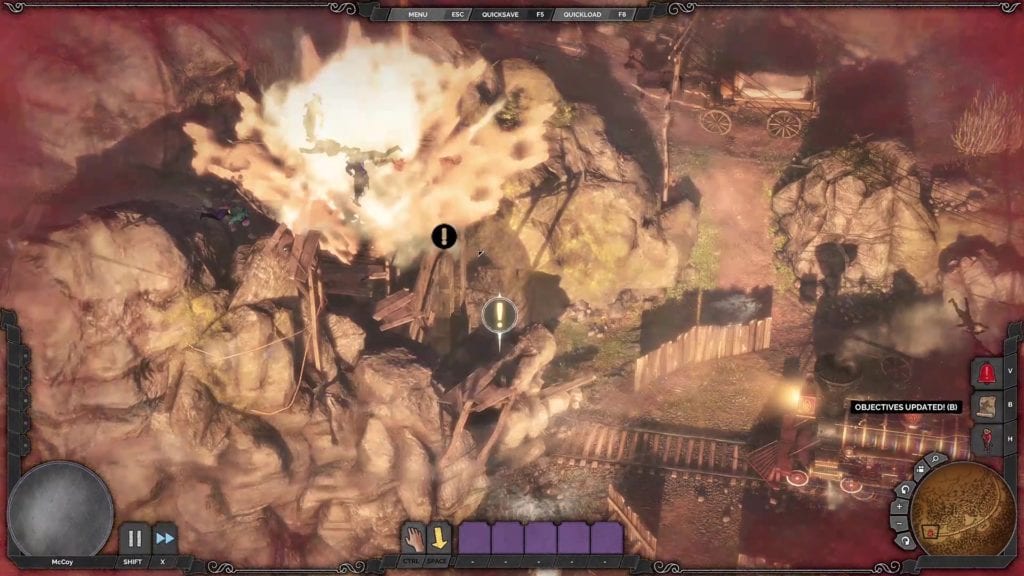 The cut scenes transition seamlessly and interconnect with the game play. They keep your attention and aren’t too long as to lose you completely. This game has very interesting and simple stories that make for an interesting plot.

The range of possibilities makes completing missions very engaging. You can take out your opponents both using physical attacks or by devising a plan to make your adversaries’ death seem like an accident to not draw attention from the surrounding guards. As you complete a chapter, you get to see your accomplishments as well as a map that tracked your movements throughout your assignment. Each chapter is packed with tons of game play, ranging from about 30-min to about two hours to complete each chapter section.

There is very little to not like about Desperados 3. I am very pleased with the style of the wild west and its spin of not only being very action packed but full of puzzling game scenarios that force you to think tactically, like in a game of chess. The tutorial is very easy to understand for a beginner of the game. I like the dynamics between the characters and they mesh well together, using their unique skills to kill their enemies. I would recommend this game to all strategy-players, those who love wild west scenarios, and even those who don’t typically play western games. You will simply not regret it. 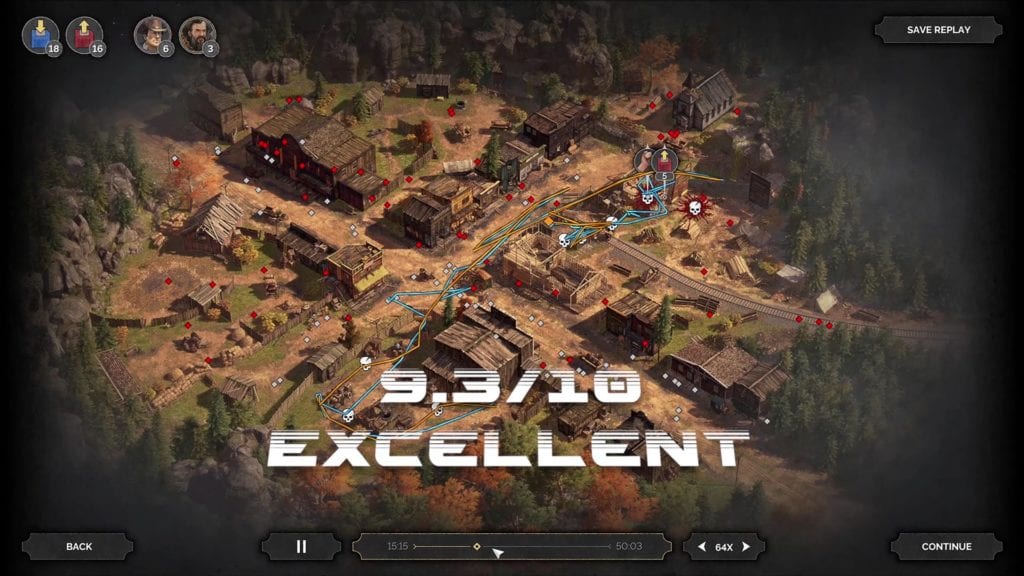