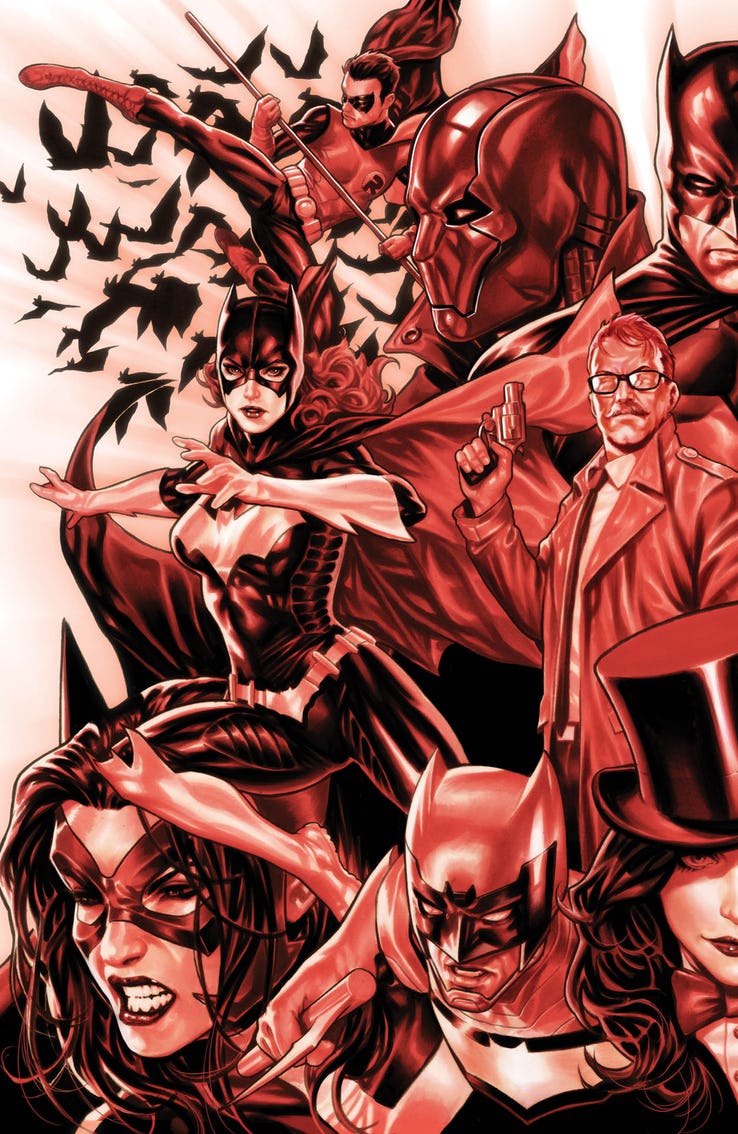 Batman is searching for the kidnapped Damian and he and Alfred are actively searching everywhere. Damian is standing before the Arkham Knight and the newly revealed villain gives him a choice whether or not to follow her or not. When a couple of her followers remember the beatings they’ve taken from the young hero before, their leader teaches them a harsh lesson before allowing Damian to leave.

After finding his son, Bruce and Damian compare notes about the Arkham Knight and both came to the realization that the Knight was female, but Damian fills in the blanks along with providing a sketch of the woman’s face. As the Knight herself disciplines her wayward followers in the depths of the asylum, Batman and Robin make their way there to confront her. When they arrive, they find out who the Knight really is.

Have you seen this:
Dune Blood of the sardaukar #1 (Review)

The reveal of the Arkham Knight was less than dramatic. The end of the issue gave some context to who they are facing, but the reveal itself was not that interesting. The pace of the rest of the issue felt off after that, but the final reveal does add some symmetry to the story that makes the character a little more interesting.

Brad Walker’s art is fantastic throughout and both the action and characters look great.