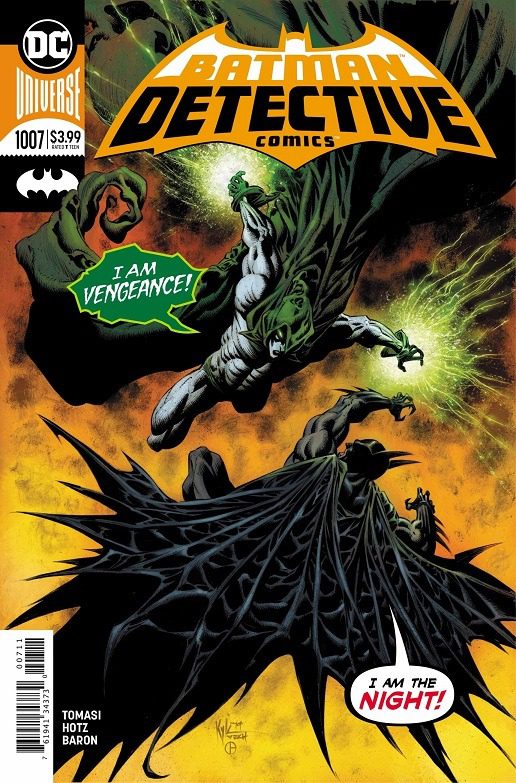 Batman’s investigation into the disappearance of Corrigan will require a deeper understanding of the man himself and evidence not tainted by the carnage of the Spectre.

Bruce is going over the crime scene when he is interrupted by the Spectre and his need for the Dark Knight to find Jim Corrigan. In order to understand the importance of their relationship, Spectre shows Batman who Jim Corrigan is and how the two of the became connected.

With this new understanding, Batman finds a clue that leads a pair to the apartment of a potential suspect. With time running out, Batman and Spectre need to confront a ruthless cult that is willing to do anything to remove the Spectre from his host permanently.

To be honest, I expected more. Peter J Tomasi crafted an interesting and entertaining build up to this story. This conclusion feels rushed in many ways. Batman and Spectre’s ideological differences are only given surface discussion. The stakes of rescuing Jim Corrigan are never really established to add tension or drama. The cult is handled more as an afterthought and its motivations are not effectively explored. This is a story arc that really should have gone to three issues to give the reader the opportunity to care about the story and how it connects to Batman.

Kyle Hotz delivers some impressive, detailed and darkly themed art throughout this issue. The art perfectly complements the tone of the story.