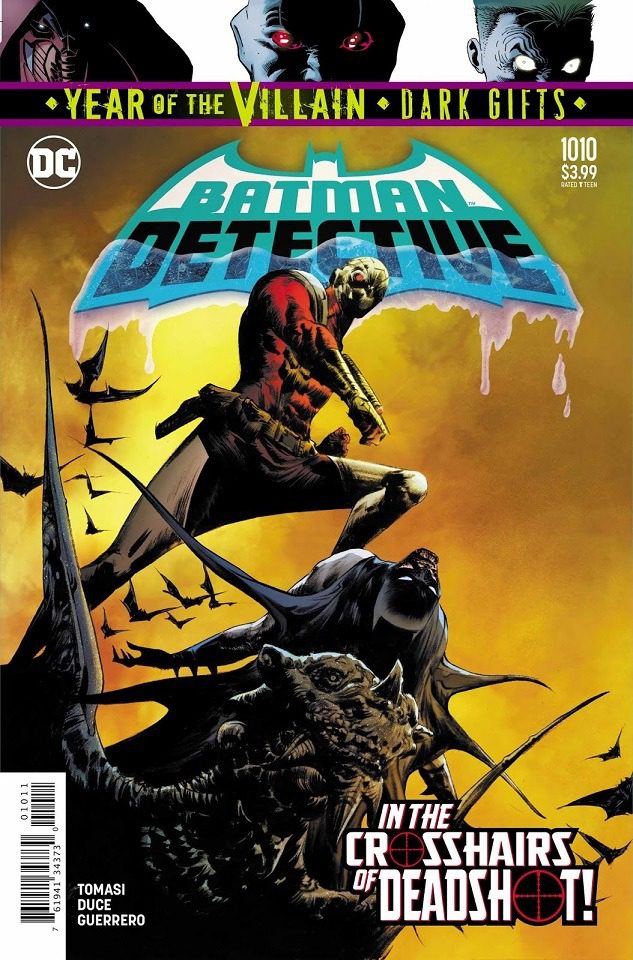 Bruce is severely injured after his harrowing escape from Deadshot and two unlikely new allies will help him survive.

Trapped on a (seemingly) deserted island, Bruce is found by two old soldiers from World War II. The pair have made peace long ago and live together as friends and partners. While Bruce heals from his injuries, they talk about everything they’ve missed over the years. When Bruce is healthy enough, he asks his new friends for some equipment.

Deadshot has captured the remaining big wigs and is keeping them on the plane. When he finds himself confronted by Batman, the two battle it out with neither side getting the upper hand. Elsewhere, Victor Fries speaks to his wife and lets her know that things are going to change for both of them soon.

The last issue of this storyline did a great job of establishing the stakes that Bruce must face in his fight against Deadshot. Tomasi scripts a well-plotted and paced story in this issue. It doesn’t immediately jump into the action and the tone gives the story time to evolve. It will be interesting to see how Tomasi moves the story forward from this point.

Duce delivers some beautiful art in this issue. The characters look great and the backgrounds are lush and full of details.