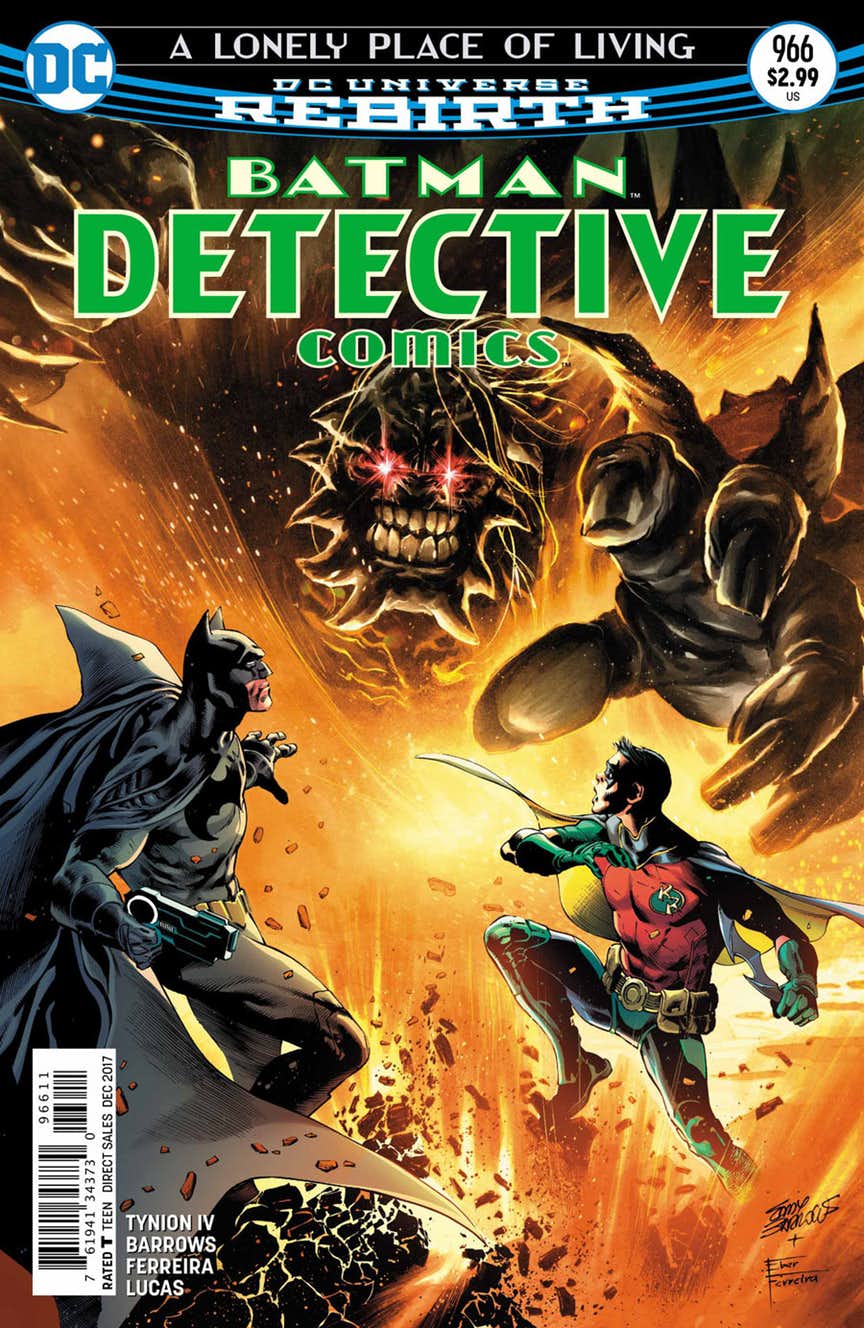 “A Lonely Place of Living Chapter 2”

In the future, Batman has a final confrontation with Anarky and ends the villain with a solution that clearly establishes that this is not Bruce Wayne. As he is confronted by Commissioner Montoya, this new Batman escapes a hail of bullets and disappears into the night. In the Batcave, we see the future Batman (Tim Drake) dealing with his personal demons before being transported to Mr. Oz’s stronghold. As Red Robin and the future Batman take on a rampaging Doomsday, the pair manage to escape in time to find an area to lock down and look for a way out. As Tim continues to not believe that the future Batman is him, Batman relays to the young man the circumstances that led him to put on the cowl.

It is interesting to see how future Tim lays out a completely plausible explanation as to why he would have to take on the banner of Batman. His 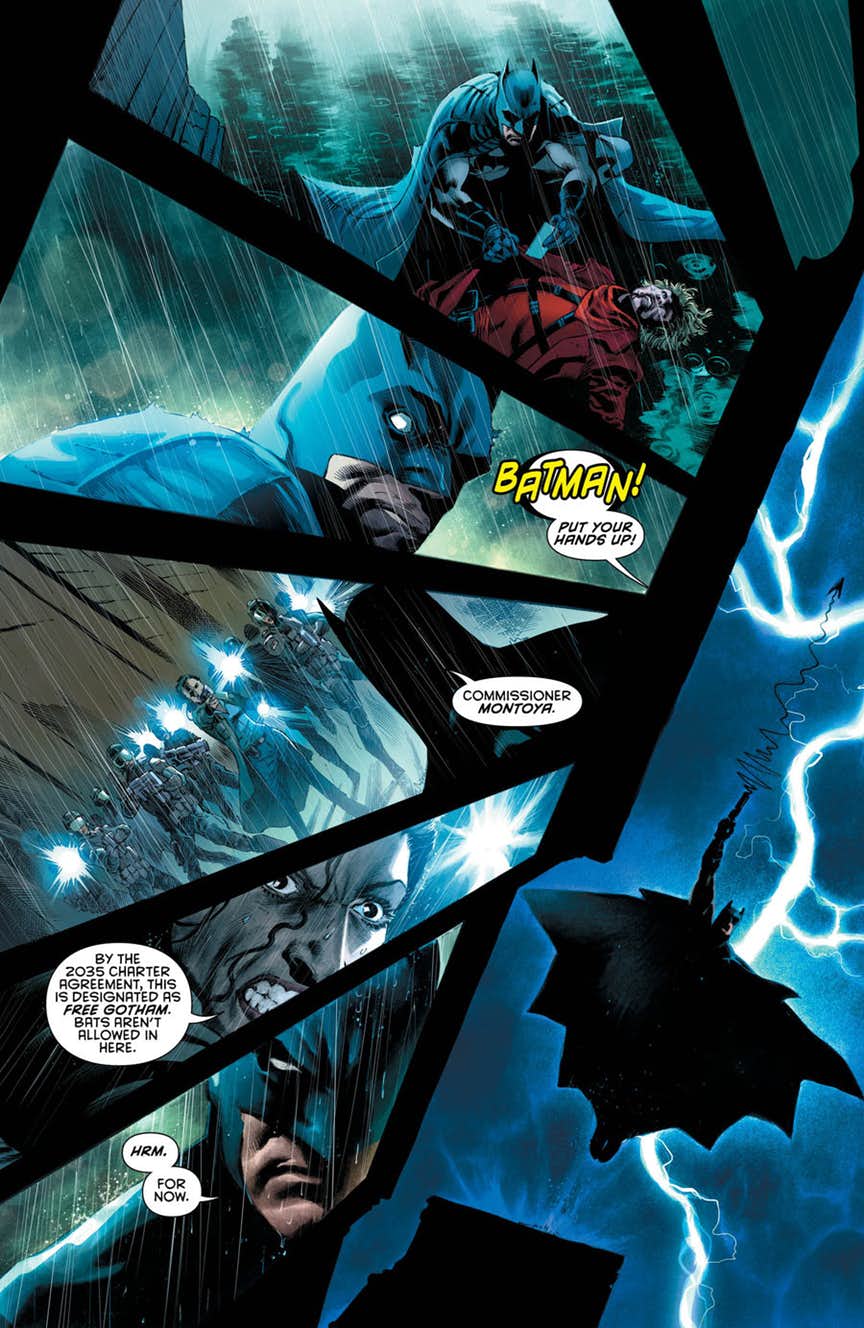 breakdown of the futures of Dick, Jason and Damian are all believable given their personalities and you get a sense that some of Tim’s actions in the future are justified. When Tim questions the validity of his account, Batman flies into a rage at the mention of Batwoman. Just then, Doomsday breaks through and Tim devises a way to lure the creature back to his cell. As the two escape back to present day Gotham, Batman begins his new plan by knocking out Tim and going on the hunt for an old friend.

I continue to enjoy this storyline because it hits on not all the things that are great about Tim, but it shows a deep understanding of who these characters are and that can only come from someone like James Tynion IV. He really understands the motivations of these characters and writes stories that ring true with who they are. Barrows art is great and the panels he uses close-ups on give a real sense of emotion on the faces of the characters. This story is impressive and I can’t wait to see what’s next.