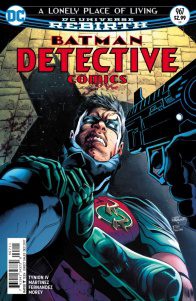 “A Lonely Place of Living Chapter 3”

Bruce’s obsession with finding Tim continues and even Alfred can’t break him from it. As they discuss the situation, the distress beacon in Tim’s suit goes off. As Bruce leaves to get answers, Tim is being wheeled into an ER unconscious but alive. Bruce races to the hospital and confronts the staff before confirming that Tim is alive. As the two embrace, Tim tells him that they have to get ready and that they need to find Batwoman. Kate is having coffee with an old friend when she gets the call to return. She abruptly leaves after telling Bette to stay in uniform and not become Flamebird again until she has more training.

Tim is reunited with the rest of the team as Kate arrives and he decides to lay everything out for them including his future self as Batman and his personal vendetta against Batwoman. 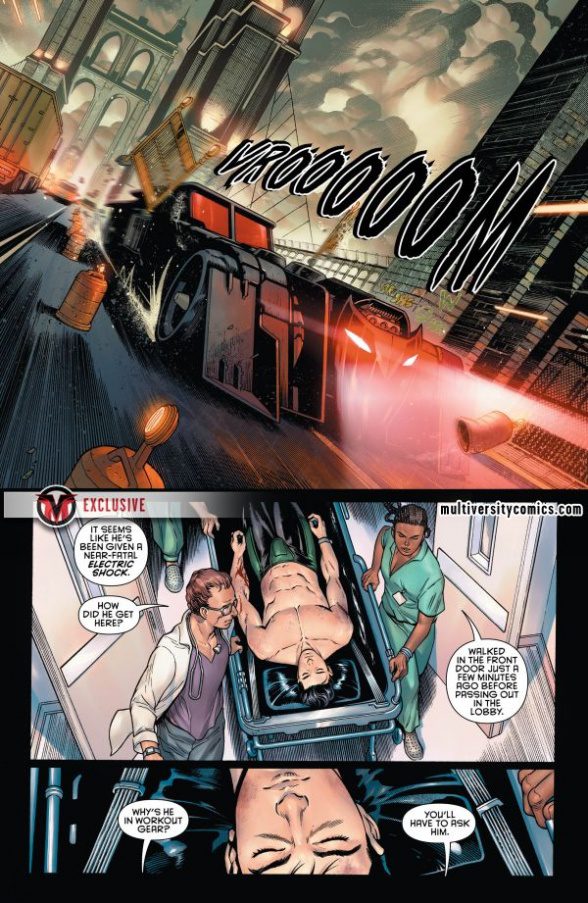 As he answers their questions, he wonders about whether or not Stephanie will be coming. As she enters her base, Future Tim is watching her. Kate has been locked away for her protection. Tim and Bruce discuss their next step as Future Tim talks to Alfred at Wayne Manor. After having a heart to heart, he’s confronted by Nightwing, Red Hood, and Robin. As they converge on the manor to confront the rogue Batman, he shows them that his plans are much bigger than what they thought.