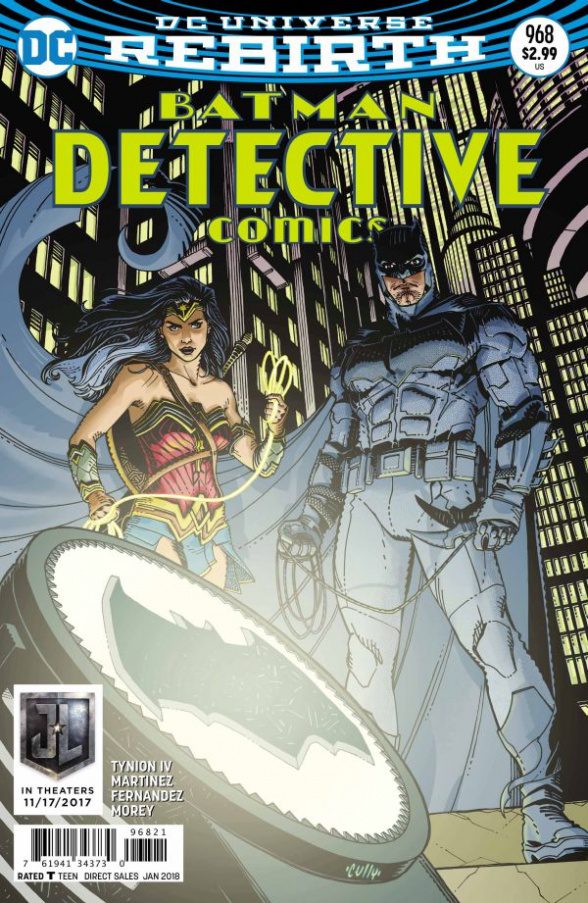 “A Lonely Place of Living Conclusion”

In the conclusion of this arc, Tim Drake (Batman of the future) has activated Brother Eye and given the program one target; Batwoman. As the AI moves throughout the net, it gets the attention of Ulysses Armstrong aboard a Colony airship. In the Batcave, Bruce, Dick, Jason, Damian, and Tim are all battling future, Tim. Future Tim is golding his own easily against them as he’s studied their battle styles for years before becoming Batman. As they try and stop him, he tells them that he’s doing this for them. As a means of giving them their lives back. At the same time, a strange energy intermittently surrounds future Tim, increasing his desperation to complete his mission.

Batwoman is still being held securely in the Belfry, but the systems are compromised by Brother Eye. It’s up to Batwing, Azreal, Clayface, and Orphan to defend 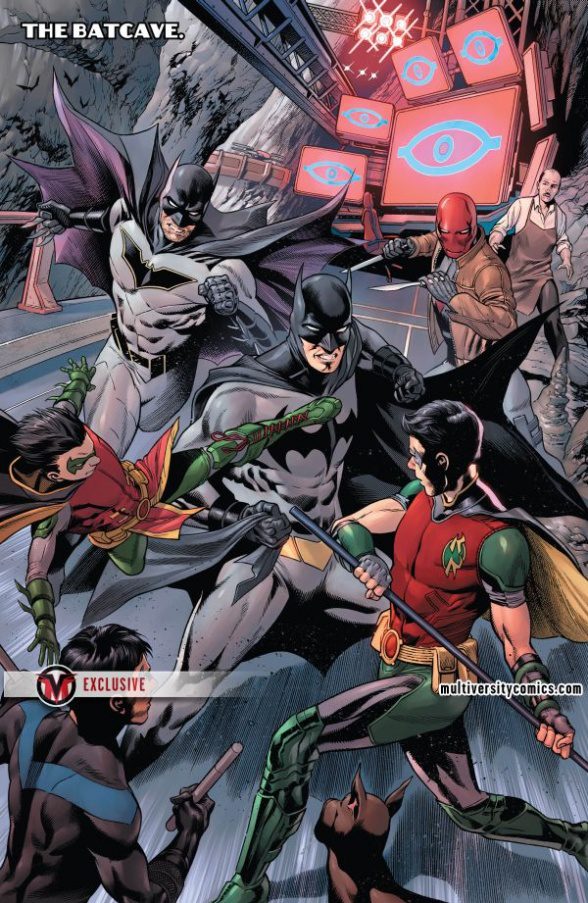 Batwoman against the upcoming onslaught. Meanwhile, Tim has been captured by his future self as the two are being transported to The Belfry. As the Belfry team takes on Brother Eye’s drones, future Tim decides to finish the fight himself and squares off against Kate. As he and Batwoman prepare to battle, Tim, Luke, and Bruce have a few trips up their sleeves that future Tim is unaware of.

The symmetry of this storyline is one of the things that makes it work so well. From the beginning of this arc, there have been some amazing callbacks to the origin story of Tim Drake as part of the Batman Family and it’s great seeing Tim as both the optimistic dreamer we know him as and the credible threat that he presents in his future incarnation. Tynion has done a great job of making future Tim both menacing and tragic. Allowing Tim to be a layered threat who believes that he’s doing the right thing for the people he cares about makes him that much more dangerous overall. The art really enhances the overall story with some great action beats and splash pages.