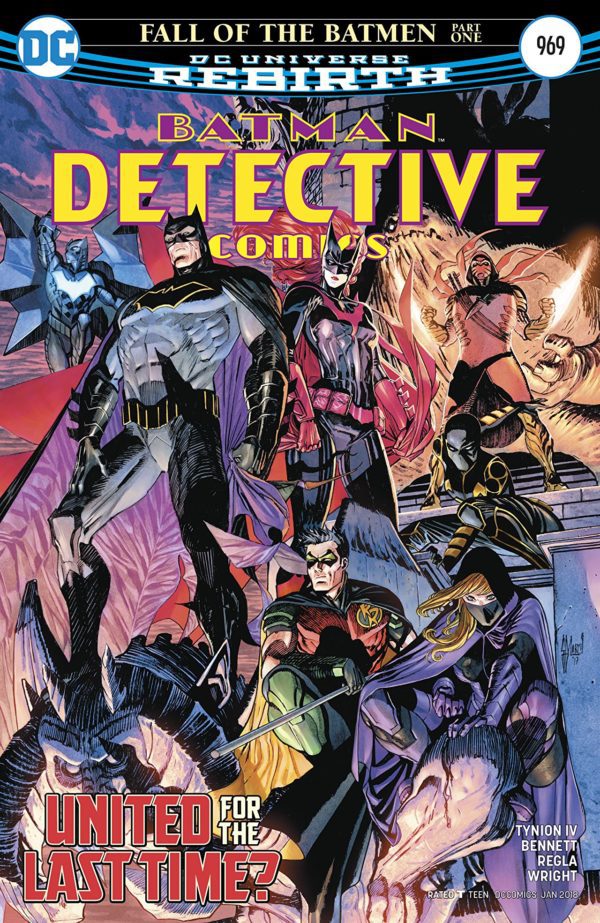 “Fall of the Batmen Part 1”

The fact that Batman has assembled his own strike force is something that is not sitting well with the new Mayor of Gotham City. Stephanie Brown goes to visit Anarky in Arkham and gets more than she bargained for. As she gets back to her place and gets ready to go out for the night, she’s confronted by Tim and the two of them fall back into the best of their relationship. Three weeks later, events start to change.

Killer Moth has sent out word to the criminal underworld that he wants to set up a meeting. Knowing that it’s Killer Moth making the overture only seems to 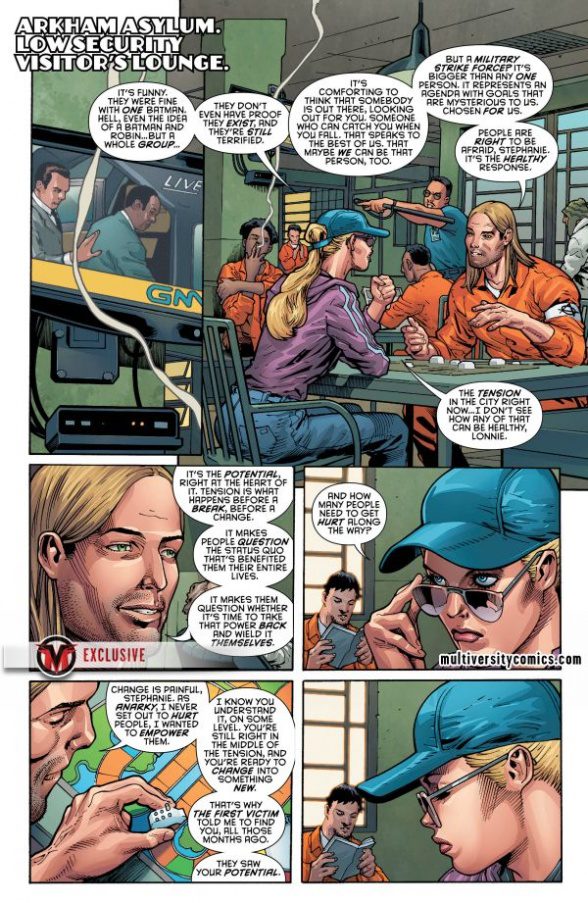 attract a group of low-level underlings. As he pleads his case to them about how they need to take out Batman’s strike team, Batwoman and Tim are listening in to the entire exchange and exchange some personal information about Tim’s future in the process. Killer Moth has decided that if Batman can form his own Justice League: Gotham, then he would create his own team consisting of Zsasz, Firefly, Ratcatcher and Solomon Grundy.

Have you seen this:
Resident Evil: Infinite Darkness (Review)

Tim actually admires Moth’s plan as he and his team move in and take them all down, leaving Batman to confront the Mayor and his concerns about Batman’s team. Elsewhere is Gotham, the Victim Syndicate has returned and they have plans for Batman’s strike force as well as Stephanie.

I really enjoyed the thriller aspects of this story. It looks like Tynion IV is setting up some interesting pieces on the board for this new game and I hope that the strategy pays off. Bennett’s art is really good and his facial expressions are some of the best I’ve seen in comics.