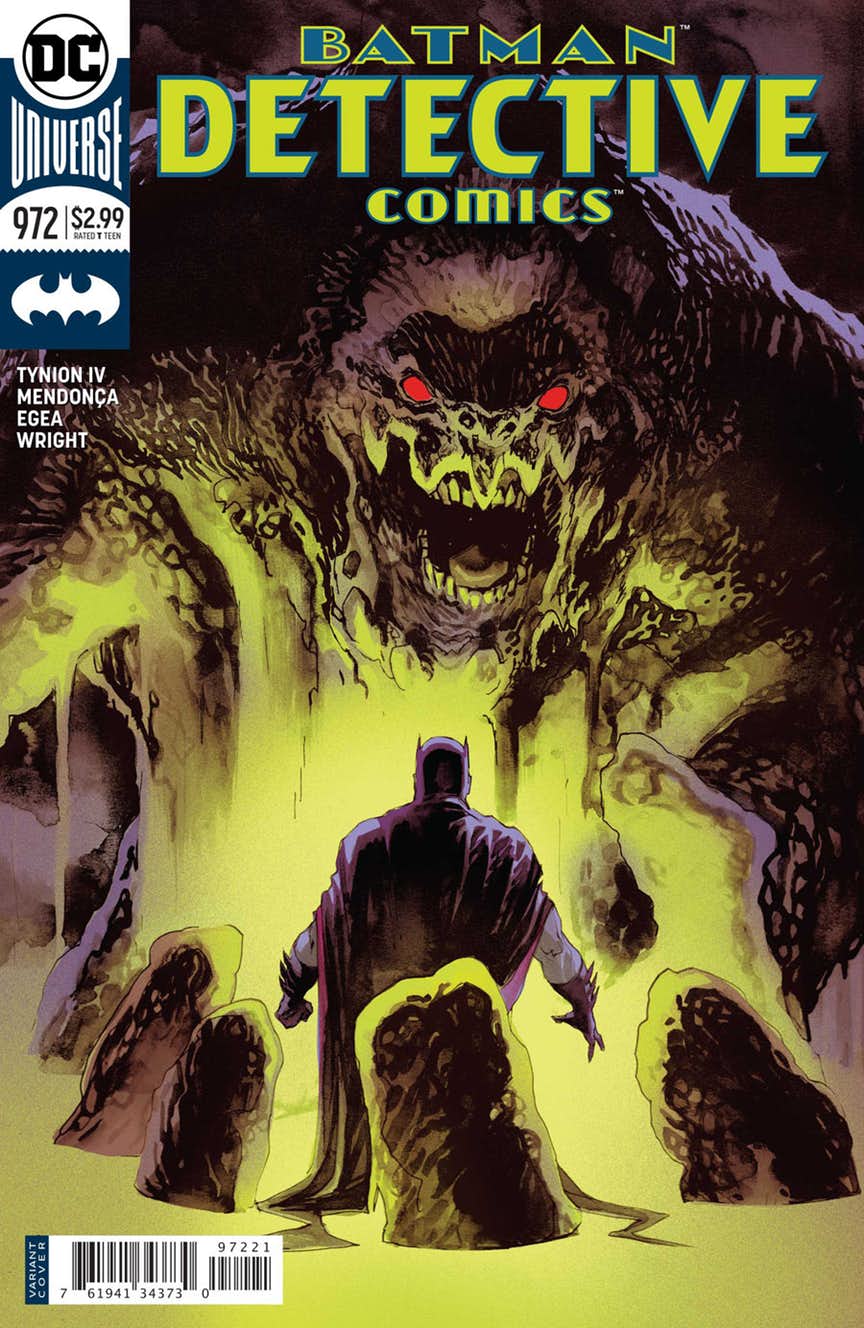 Batman confronts Clayface at Arkham Asylum and Clayface has a lot to say to the Bat. As he tears up the area around him, Batman continues to remain calm and ultimately tries to convince him that he is a good person. It doesn’t go well. As Basil continues to attack and threatens to kill the team, Batman still doesn’t believe him. An act that enrages him right before he’s blasted with Mr. Freeze’s cold gun by Batman. As Batman tries to reason with him, he realizes that Clayface has escaped using one of the tricks Batman taught him. Unfortunately, he knows that Clayface is heading straight for The Belfry.

As Batman leaves the Asylum, he runs into the Mayor who puts the blame for what’s happening squarely on the Dark Knights head. Meanwhile, Anarky and the First Victim are discussing the riots in the street and Anarky realizes that his partner isn’t interested in making things right, he wants revenge against Batman. As the team watches Clayface’s rampage, Tim and Dr. October discuss the possible cure that she’s been working on. While Tim and Stephanie argue about whether this is the situation that future Tim was talking about, Batwoman receives a visit from her father and a gift: a rifle that can effectively kill Clayface. 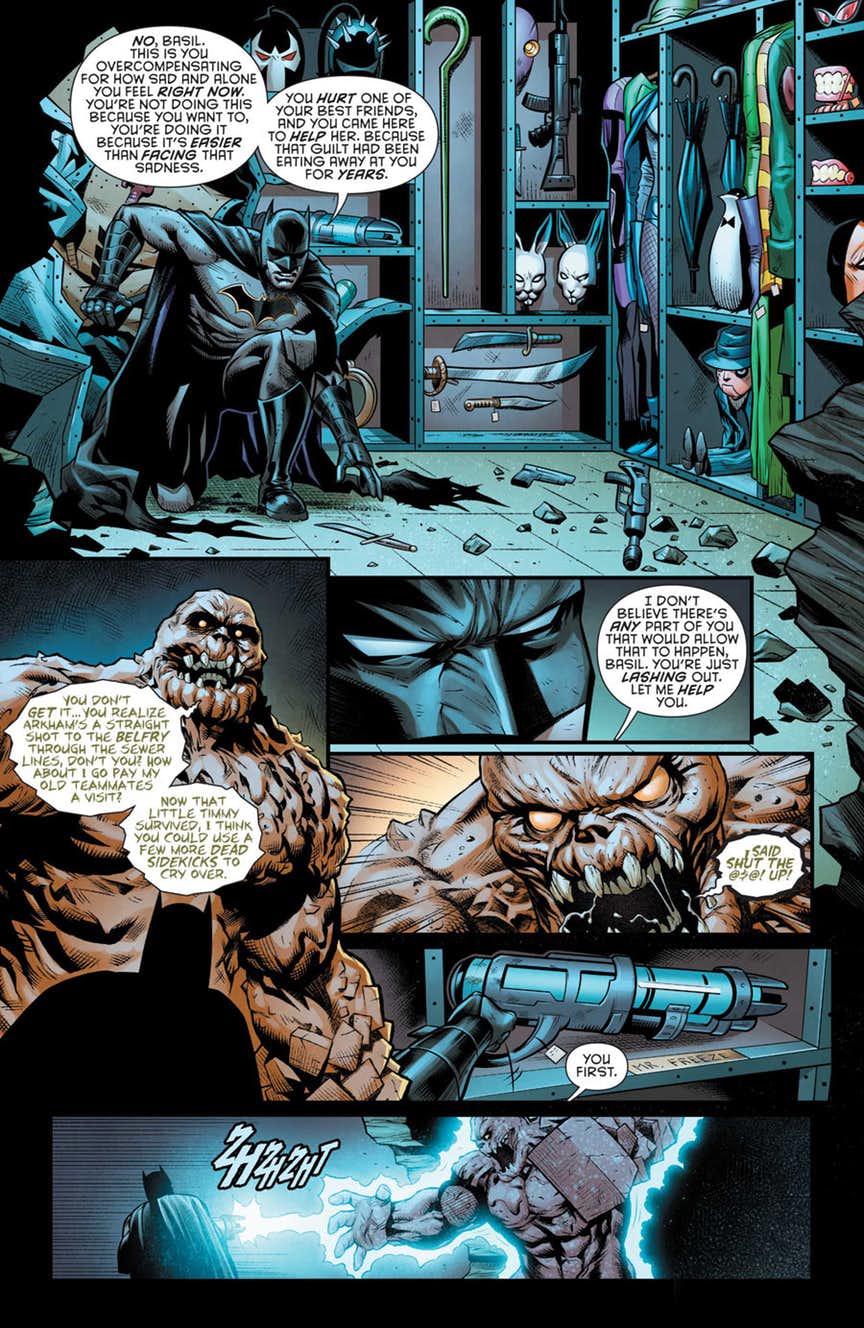 Have you seen this:
Willow #5 (Review)

As the team prepares to take down one of their own, the city continues to fall, Clayface continues to rage and Cass might be the only one that can stop the destruction. But is it too late?

The storyline that has been unfolding works on many levels. I like that there are high stakes for Batman both for his team, but also for his ideals. As dark as Batman has always been, there has always been a sense of hope in what he does that there is a way to help those who want it. I want to see what happens next with Clayface, Cass and especially Anarky. His realization about the First Victim is an interesting dynamic that I want to see explored. The art in this issue is amazing and I love the detail both in the city and in the action. I want to see how this story resolves and more importantly, what it means for the Bat-Family going forward.