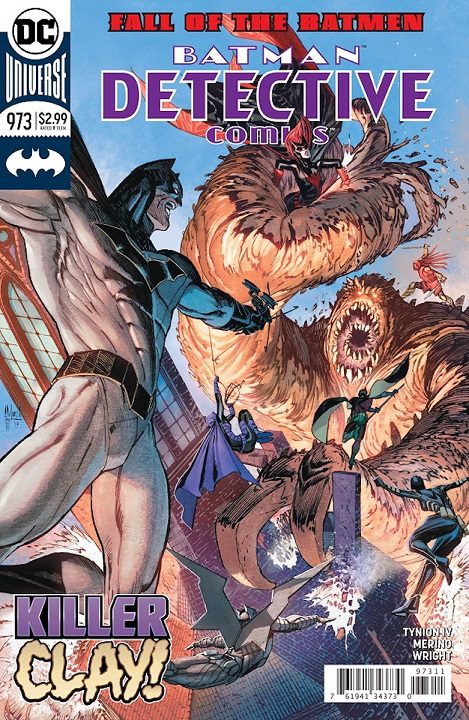 This is it. The Fall of the Batmen finale. Everything that Batman has done to bring a new team of heroes to Gotham City is falling apart around him and the latest issue starts with Bruce and Tim in the soon to be Belfry discussing the recruiting mission Batman is about to go on as well as Tim’s feelings of being left out and trying to find a kind of legacy for himself. In the present, the legacy he tried to create is crumbling around him as Clayface continues to destroy the city. As the rest of the team rallies on a nearby roof, Tim is floating in and out of consciousness as Batman tasks the team with stopping Clayface before he reaches the protestors sent out by Anarky and The First Victim.

Meanwhile, The First Victim and Anarky come to blows about what just happened with Anarky realizing that he has been manipulated into setting a monster loose on innocent people. As Spoiler looks after Tim, Batwoman and Dr. October move into position to try and bring Clayface down with Lucas sending out his Batwing suits as support. Their plan to find a cure for Basil rests in the hands of his one true friend, Orphan. As the team desperately tries to find a way to stop Clayface’s rampage through the city, Batwoman makes a decision that will have fatal consequences for the rest of the team. 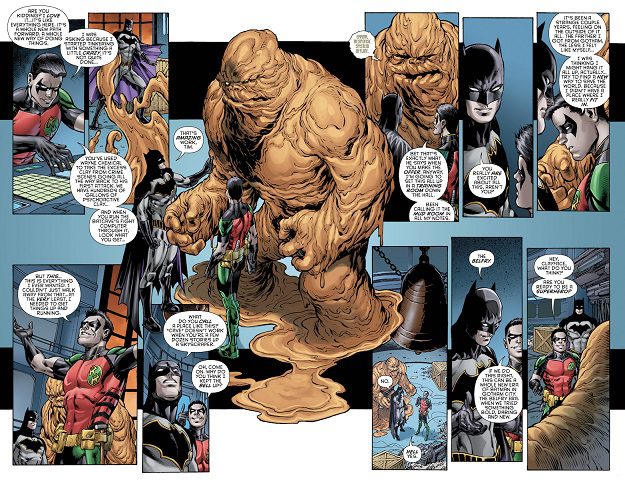 The conclusion to The Fall of the Batmen storyline always had a sense of tragedy about it and I’m glad that Tynion decided to allow that tragedy to take shape. I like the fact that the final moments of the issue seem to echo the moments future Tim was talking about and it will be interesting to see how Batwoman’s actions are received by the rest of the team in the next issue. I also want to see where the First Victim story goes in the wake of what happened and what Batman will be willing to do to stop him. Definitely a good read.