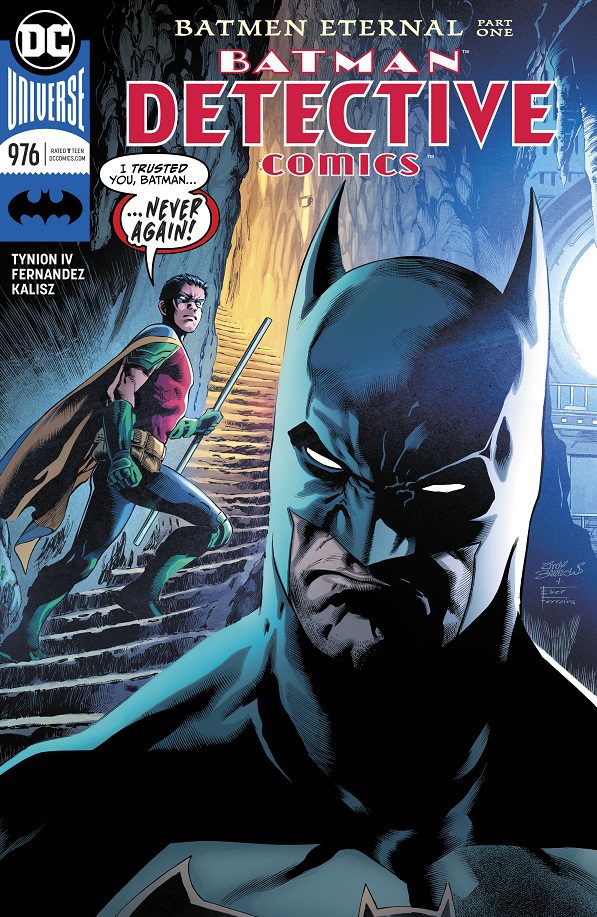 On the outskirts of Gotham City, a group of human traffickers pontificates while they wait for the person coming to buy the children they have kidnapped. A noise puts them all on alert and they are confronted by someone looking to stop them.

It’s a showdown between Cass and the traffickers and she gets some much-needed help from Clayface. We then see that this is a memory that the hero is telling to her Leslie Thompkins. As Bruce watches, he feels guilty about Cass’ insistence that she might be next to be killed and that she isn’t good, even when trying to do good things. Leslie is convinced that her continued presence in Bruce’s world is only going to hurt her further and she tells him this.

Meanwhile, the Court of Owls has taken over a cargo ship in search of something that their masters have sent them to retrieve when they are interrupted by Batwoman and her team, which includes Batwing and Azrael. With her father watching over her Kate and her team take on the Talons. In the Batcave, another battle is taking place. Bruce confronts Tim about what he’s been working on in the cave and the argument leads to Red Robin leaving, especially when Bruce lays out what he doesn’t want to happen. It’s a good continuation of the confrontation the family gave him last issue and I like that Barbara’s words have resonance in Bruce’s decision.

As Batwoman gets together her new team, the fracturing of the Knights protocol continues as Tim finds himself in the company of someone who wants to help him continue his work and improve it.

The mystery continues to deepen and it’s handled really well in this issue. Tynion IV has crafted some great story and character elements in this issue and it continues to spark my curiosity regarding where the story is going and what impact it’s going to have on the characters involved. The Bruce/Tim dynamic is handled well and you’re able to see both sides of their supposed argument. I like that there are no easy answers in this book.