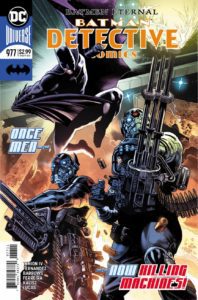 A few years from now, Tim Drake is enjoying his life in college. While he devotes his life to studying, he is alarmed to find out that Colony has been dispatched to take down Batman and Gotham is declared a No Man’s Land by the President.

Bruce, to his credit, is already planning his next move as Colony troops storm the manor and make their way to the cave under orders from Kate Kane herself. As she takes down Batman personally, Tim arrives on the scene to stop her. A scenario we find out soon enough is a simulation designed by Ulysses to show Tim what his future self was trying to explain. Tim is confused by what he saw and Ulysses tries to explain to Tim what happened when he saw the future. He wants Tim to understand that he is trying to change that future, specifically the fact that he could not find himself in it.

He explains to Tim that his obscurity has led him to understand that his role in this story needs to expand and be bigger than just another potential Rogue. He decides to give Tim a Back to the Future II style guide to the future of crime in Gotham City thanks to Brother Eye. When Tim tells him that he needs to think about, Ulysses tells him that Batwoman has already joined Colony and the clock is ticking. On the airship, two Colony soldiers are suiting up to go on patrol when their suits suddenly begin to take over, trapping the soldiers inside. As Batman and Red Robin get ready to jump into action, the soldiers beat them to it and their methods might put everyone in the crosshairs before it’s over. 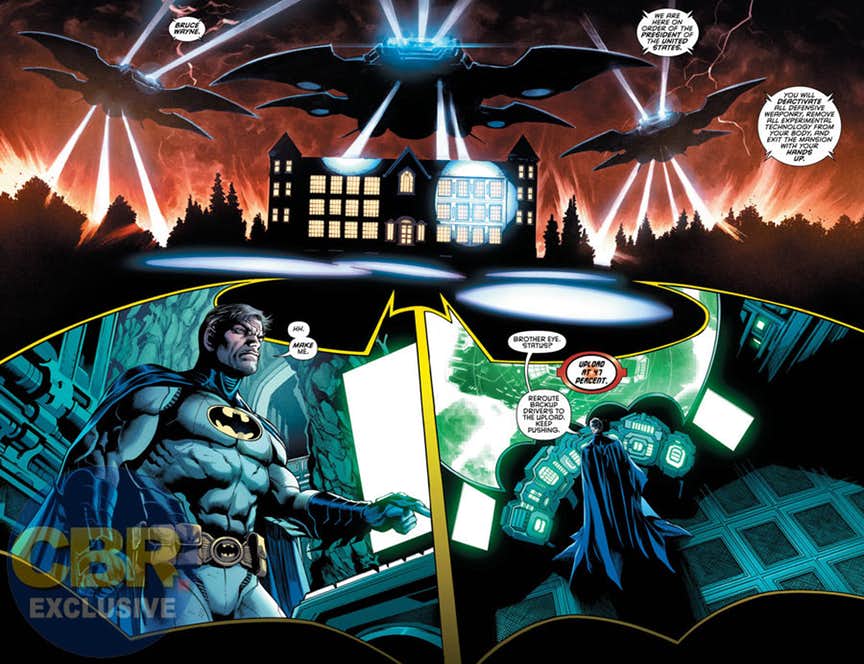 I really enjoyed the pacing of this issue and how it ties into so many elements of the previous arcs. That continuity is one of the things that is keeping me invested in this story and how it plays out. All of the threads pulled by this narrative are being handled in a fun way. A way that continues to keep me interested.