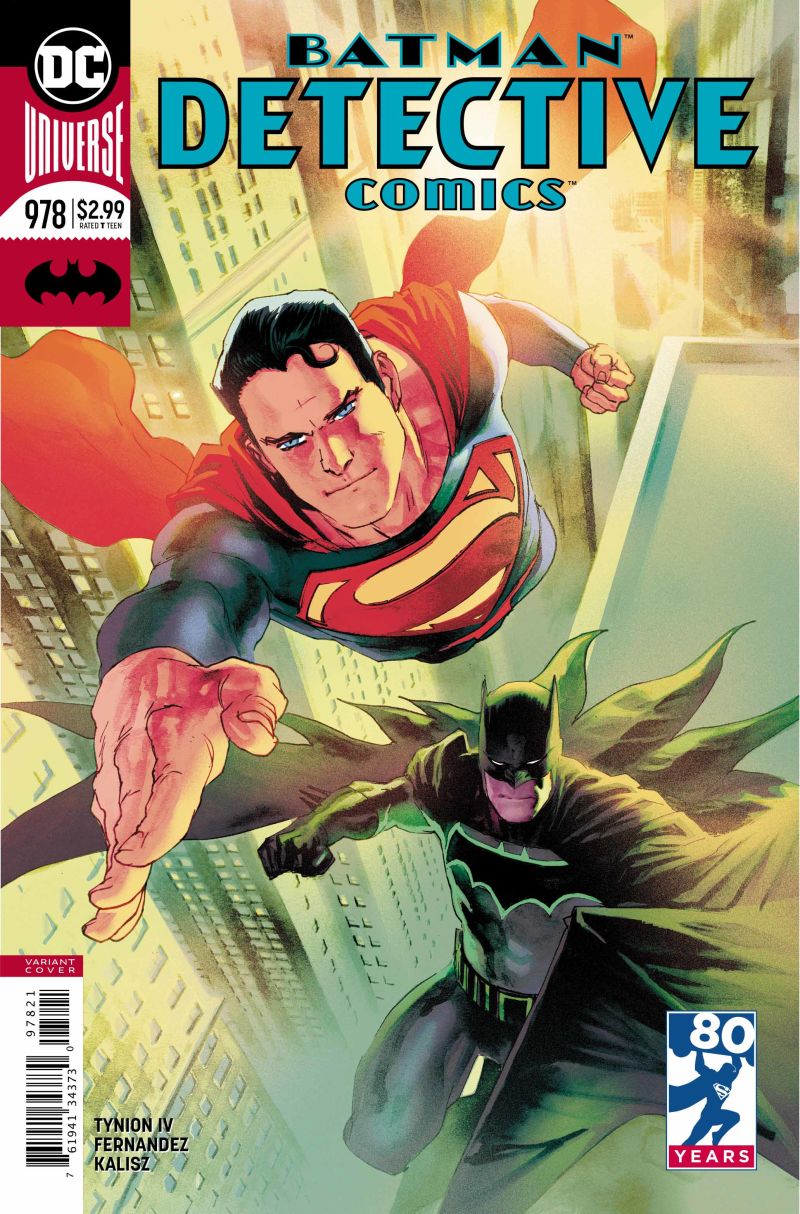 I have to admit that I always love seeing Bruce and Tim fighting side by side. Take away the angst of Dick, the brooding of Jason and the general annoyance that is Damian and the Bruce/Tim dynamic plays out as one of the better all-around Batman/Robin combos. This issue finds the two of them locked in a fight that is going to lead Bruce to bring a couple of Colony soldiers back to the Batcave. As the two begin investigating, Bruce tells Tim what he knows about the enhanced suits that the soldiers use and what physical toll it might be taking on them.

As Batman heads out to follow more clues, the man behind the mystery is tracking his every move. Hopefully, Ulysses is an effective foil for Bruce and not another wannabe bad guy who underestimates Bruce until the end. Those stories can be infuriating. Bruce makes his way to the ancestral home of his mother and is confronted by Kate and her father. Back at the cave, Tim comes to a realization about the two soldiers that they have in the cave. A realization that might have come too late.

While the mystery was a little easy to solve, the real story in this issue is in the family drama between Bruce, Kate, and her father. It’s great that Tynion is taking the time to play out some family drama with Bruce that actually gives an insight into the man’s parents other than perpetual victims. The only downside to the issue is Ulysses. While his plan is interesting, his turn towards the end of the issue felt flat. The moment didn’t feel earned and the suddenness of it took away not only the menace of the character but the tension of the reveal. Although, the final panel was very well done and the significance of that moment makes me interested to see what happens next.