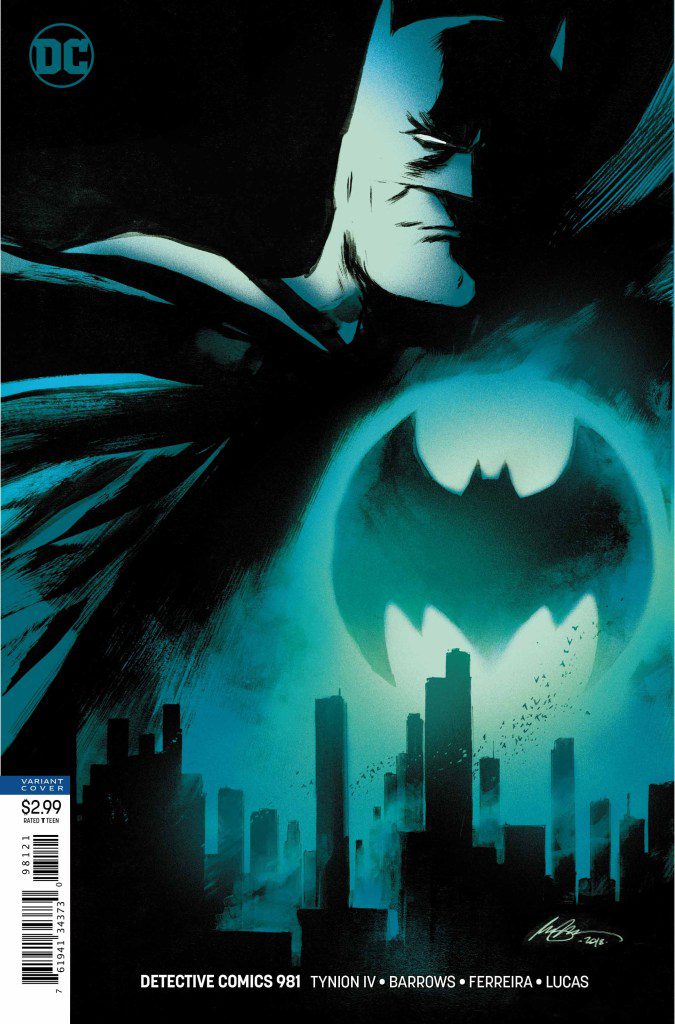 It has come down to a final confrontation of ideologies and a clash of loyalties as Batwoman and Tim Drake’s future Batman have a meeting of the minds courtesy of Brother Eye. I’ve been looking forward to this confrontation since the beginning of the arc that set Tim against Kate. It has been an interesting journey seeing the two of them work around and with each other with the rest of the team, including Batman caught in the middle.

With Ulysses manipulating Tim, he doesn’t notice that someone else is working behind the scenes to stop him. Stephanie and Orphan have tapped into Brother Eye and are working to break everyone free from Ulysses control. What follows is an awesome splash page with Bruce taking on an army of Omacs and Cassandra taking her place as a member of the team. I like the dynamic between these two characters and would love for Cassandra to have an arc worthy of her character in the future.

The actual events that led Tim on his path to kill Kate have finally been revealed and it is a little too neat an explanation in my opinion. I wasn’t really expecting something Earth-shattering, but the final reveal was something that could have been revealed earlier. It works in the sense of how this story is structured, but it was still a little too simple. What works better is the conflict within Tim being played out by Stephanie and Ulysses. The fact that they can easily embody both parts of his personality make their interactions inside his mind compelling.

What I really enjoyed about this issue is that it really ended the way it should have. It was meant to be a confrontation between Tim and Kate. Their conflict needed to be personal and it gave both characters the opportunity to learn something more about the other as well as grow as characters. A worthy end.