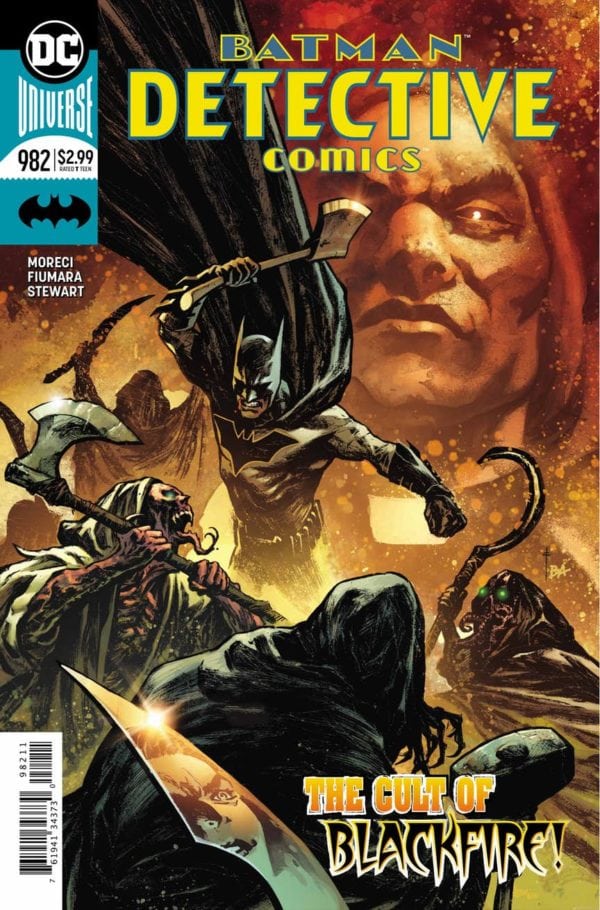 A shadowy group is recruiting the homeless and have kidnapped a young boy for reasons Batman wants to find out. You get a sense that a darker story is getting ready to play out in this issue as Batman makes his way through the sewers of the city, lamenting the history of apathy he’s witnessed firsthand.

He doesn’t have time to think about those things for too long when he’s attacked in the sewers and Deacon Blackfire reveals himself to the Dark Knight. He’s using the homeless as an army of darkness. One that he points out to Batman as a product of his failed attempts to help Gotham. It’s a pretty intense moment that is punctuated by great art from Fiumara. As Batman fights against the influence of Blackfire, he learns what the ghostly cult leader needs from the child they kidnapped.

As Batman continues to battle against the influence of Blackfire and the nightmare world he is creating in Gotham, Bruce must figure out how to purge the influence from his mind and for that, he’s going to need to rely on the people in his life who mean the most to him.

This is a great standalone style of story that gets to the heart of who Batman is, what he means to the city and what he’s willing to do to protect it and its people. It’s a small story that didn’t need to be dragged out to get to the core of its purpose and I appreciate that about it. Well told, well-paced and great art make it an issue worth reading.