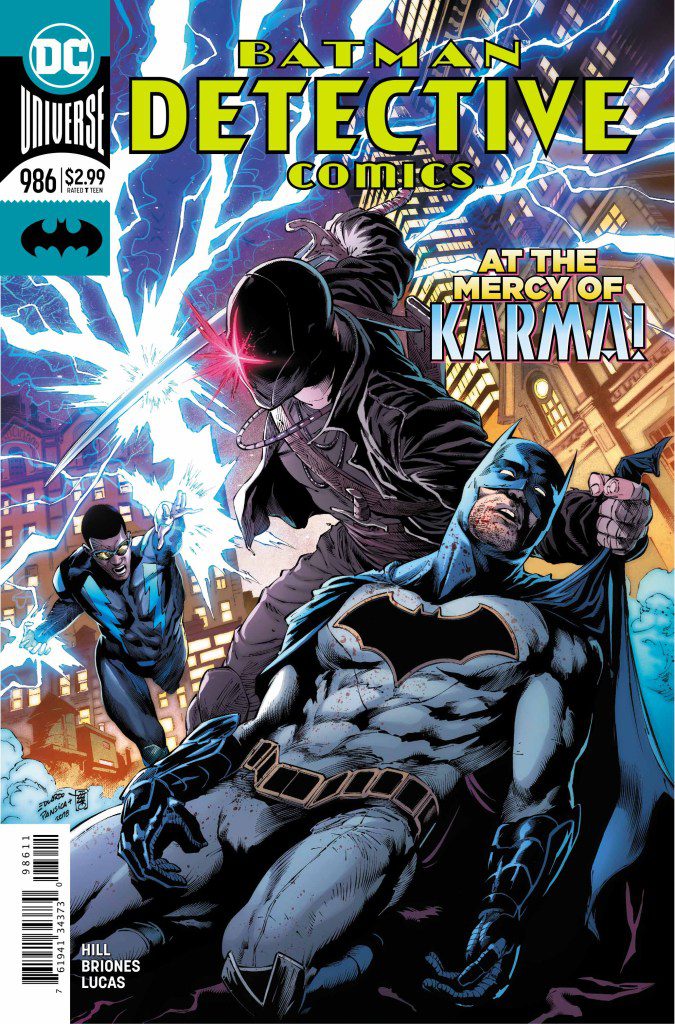 The city continues to reel from both the kidnapping of a bus full of kids and the on-air murder of Gotham reporter. With the city fearing for what happens next, Batman shows the city that he is still there. It’s a sliver of hope that seems to galvanize the city as Batman goes on the hunt for Karma and the kids. Black Lightning has his own problems when he tries to get his new team together to form a plan to help and finds out that Barbara has sent Orphan out as a backup without telling him. It’s a direct challenge to Jefferson’s authority by Barbara and something Batman warned him about when he brought the educator in.

None of them are going to have time to waste with recriminations as Orphan catches up to the Dark Knight and is tasked to find a way to save the kids while Batman confronts Karma directly. With Karma’s identity revealed, the man’s desire to help Batman be the man he was becomes all the more personal when he reveals he has his sights on one of Batman’s team. Batman has to employ some unusual tactics to find a way to give Orphan time to get the kids away.

This was a really exciting issue that had some good pacing overall. Hill does a great job with the dialogue, especially the interpersonal clashes between characters. The dialogue goes a long way towards reminding the reader that these characters have distinct personalities and agendas. As good as the pacing was, its speed really made me think that this part of the story didn’t really need an entire issue. Reading it, I felt like this particular issue didn’t add that much to the Karma arc and if the side stories had been cut, the confrontation between Batman and Karma could have been held for another issue. I was hoping for a sense of resolution with this arc and much of this issue seemed like it was trying to justify its existence rather than get to the point.

Briones’ art is amazing and I loved everything about it from the camera angles to the selection of panels. It all worked to help move the story along.